You are here: Home / All News / Prison reform is well over due!

Trump has pledged support for prison reform. The House has delivered a meaningful bill with overwhelming support. Now, it is the Senate’s turn to consider the proposal. 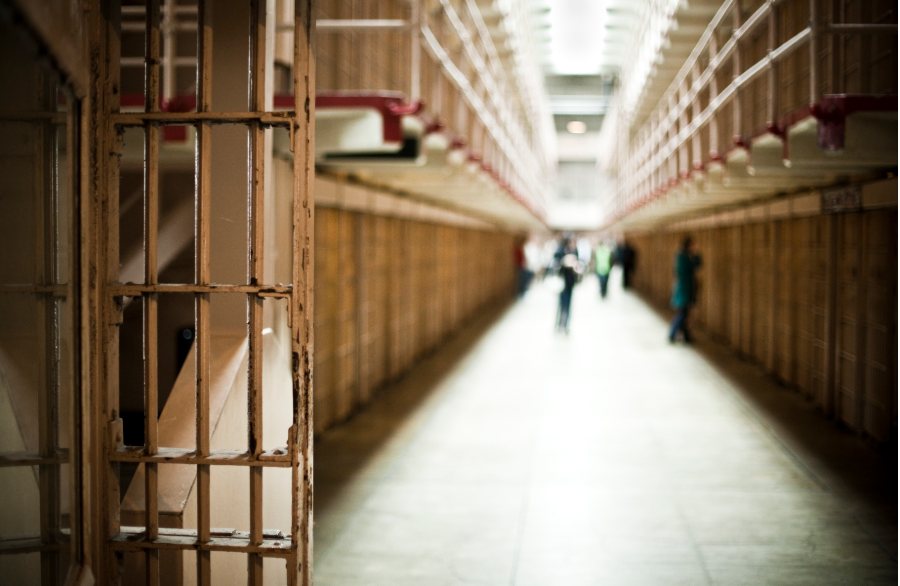 By John G. Malcolm and John-Michael Seibler Published on May 24, 2018

The House passed a prison reform bill Tuesday overwhelmingly on a bipartisan vote of 360 to 59.

Now, the Senate will consider the reforms — which, if enacted, would help individual inmates, their families, and communities; increase public safety; and reverse the trend of skyrocketing spending at the Bureau of Prisons.

The Formerly Incarcerated and Re-enter Society Transformed Safely Transitioning Every Person Act — aka the FIRST STEP Act of 2018 — would expand access in federal prisons to programs that are consistently evaluated for their ability to reduce the rate at which prisoners re-offend and return to prison, such as employment and parenting skills training and drug abuse treatment.

Today, nearly half of all federal inmates return to prison after they are released. This bill, aimed at changing the revolving-door narrative of prisons in ways that help ex-offenders become productive, law-abiding members of society, is well worth consideration by the Senate.

The bill would build into the federal prison-intake process an individualized assessment of each inmate’s needs and recidivism risk in order to match him or her to programs that would best address the factors that prompted that individual’s decision to commit a crime.

Anti-social impulses or relationships, lack of education or job skills, drug abuse, or mental health issues are some of the factors that can and should be addressed through productive activities within prison walls before inmates return to society.

The bill would reward those who successfully complete programs, and have not been convicted of a disqualifying offense, with earned time credits, allowing them to serve some portion of their sentence in home or community confinement — as long as they remain law-abiding.

President Donald Trump has supported prison reform since at least his first State of the Union address, building on both his economic prosperity and public safety agendas.

At a White House prison reform summit on May 18, Trump said that “[a]t the heart of our prison reform agenda is expanding prison work and the programs” — all designed and evaluated to reduce recidivism — “so that inmates can re-enter society with the skills to get a job.”

“Nobody wins when former prisoners fail to adjust to life outside, or worse, end up back behind bars. We want former inmates to find a path to success,” said Trump, “so they can support their families and support their communities.”

Conservative-run states have already proven the importance of productive activities in prison, from faith-based mentorships to Toastmasters classes and from earning a GED to addiction counseling.

It is time that Congress expanded those programs by adopting best practices from both the state and federal levels.

In 2006, Texas lawmakers faced a choice — either stick with the status quo of incarceration trends and construct facilities to house 17,770 more prison beds by 2012, at a cost of $2 billion, or implement a nonpartisan reform package at a cost of about $250 million with the aim of stabilizing the prison population until at least 2011.

In 2011, Georgia faced similar problems. Its adult prisons hit 107 percent of capacity, and more than a quarter of all inmates were being reconvicted within three years of leaving prison (a rate that had held steady for a decade) at an annual cost of $1 billion.

During Georgia Gov. Nathan Deal’s second inaugural speech in 2015, he explained that “prisons have always been schools.”

“In the past,” he explained, “the inmates have learned how to become better criminals. Now, they are taking steps to earn diplomas and gain job skills that will lead to employment after they serve their sentences.”

Today, the vision of Georgia’s Department of Corrections is a cause for optimism: It is “a process of transition that should begin when the offender enters our system,” it says, adding that it “provides effective opportunities for offenders to achieve positive change and to be a more pro-social contributor to society.”

The department aims “[t]o build individual capacity of the offender to be a productive member of his/her family and community” and “[t]o enhance public safety by reducing recidivism among the formerly incarcerated population.”

Georgia is using prisons to protect the public not only “by operating secure and safe facilities,” but also by “reducing recidivism through effective programming, education, and health care.”

The FIRST STEP Act builds on the success demonstrated in Texas, Georgia, and other conservative states.

Trump was right to say, at the White House prison reform summit, that “[i]t is not merely a waste of money, but a waste of human capital … to put former inmates on public assistance instead of placing them into a steady job where they can pay taxes, contribute to their country, gain dignity and pride that comes with a career.”

Trump has pledged support for prison reform. The House has delivered a meaningful bill with overwhelming support. Now, it is the Senate’s turn to consider the proposal.

As Trump said, it is an opportunity to help “make our communities more secure … to make our country more prosperous,” and to “make America safer, and stronger, and greater.”

John G. Malcolm is the vice president of the Institute for Constitutional Government and director of the Edwin Meese III Center for Legal and Judicial Studies, overseeing The Heritage Foundation’s work to increase understanding of the Constitution and the rule of law. Read his research. @malcolm_john

John-Michael Seibler is a legal fellow in the Edwin Meese III Center for Legal and Judicial Studies at The Heritage Foundation. @JSeibler

Share to FacebookShare to EmailShare to TwitterShare to More