You are here: Home / All News / How many Sexual abuse cases has Planned Parenthood covered up? 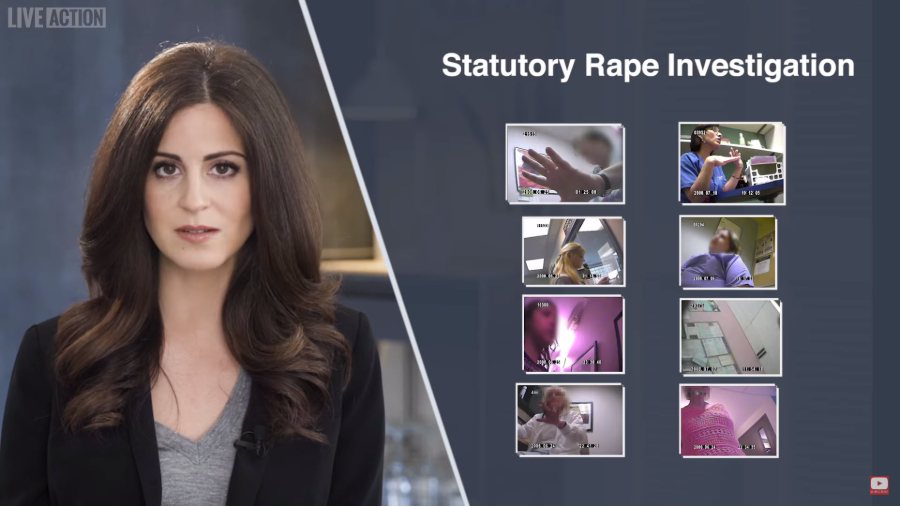 Planned Parenthood provides abortions. Do you know what else the group provides? According to the pro-life organization Live Action, cover-ups of child sexual abuse.

The #MeToo movement is exposing sexual abuse in multiple industries. Live Action president and founder Lila Rose says it’s time the movement came for Planned Parenthood. She calls the abortion provider “one of America’s biggest accomplices to sexual abuse.” She adds, “there is widespread documentation of systemic sexual abuse cover-up behind its doors.”

In Washington state, a man named George Savanah raped his daughter for seven years. She became pregnant three times, at ages 14, 16, and 17. Each time, Savanah took her to Planned Parenthood for an abortion. The employees never inquired about her situation. Not even when she came in at 14 — which is below the legal age of consent. A lawsuit was brought against the facility in 2017.

16-year-old Denise Fairbanks told Planned Parenthood workers she was being raped by her father. Breaking state laws, the workers did not report the abuse. They sent her home with her rapist father.

In a 2013 case in Arizona, a 15-year-old reported her pregnancy was the result of rape. But a Planned Parenthood employee recorded the incident as a consensual encounter. The employee did this to avoid the “hassle” of reporting the rape, according to documentation of the incident.

The many cases listed in the report span decades, from 1982 to 2018. Many are also included in the “Recorded Cases” video in the series, published Tuesday. The report states the listed cases are only a “sampling.”

Stories like these are backed up by former Planned Parenthood employees. Their comments are found in the report and in the series video “Former Workers.”

One former employee, Catherine Adair, said she was discouraged from reporting abuse. She said her manager would say, “We can’t do anything about what’s going on at home, but at least we can give her the abortion.”

Sue Thayer is a former Planned Parenthood manager from Iowa. She told Live Action, “We were really discouraged from calling [abuse] in, just because they didn’t want to have the trouble. … So, more than once I was told, ‘No, that is not reportable. You don’t need to call it in.’”

Why was Planned Parenthood so near the top? According to one victim, “because they didn’t ask any questions.”

In 2011, Live Action investigators posed as pimps and visited Planned Parenthood facilities. Live Action found that many employees covered up the visits, or offered advice on how to avoid getting caught.

“They didn’t want to have the trouble. … So, more than once I was told, ‘No, that is not reportable. You don’t need to call it in.’”

The investigation led to a public statement by Planned Parenthood. The abortion giant promised to retrain its employees to spot trafficking victims. But according to one former employee, that didn’t happen.

Ramona Treviño is a former Planned Parenthood manager from Sherman, Texas. She said that during a retraining session, she asked how her staff could help women being trafficked or abused.

“We’re not here to talk about that, Ramona,” the trainer reportedly responded. “We’re here to teach you how to identify if you’re being videotaped or recorded or entrapped in any way.”

Live Action is calling for a Health and Human Services investigation into Planned Parenthood. Live Action wants to know how widespread the sexual abuse cover up is. It also wants to know whether offending facilities received Title X funding at the time of their offense.

Read the report, watch the video series, and learn how you can take action here.