You are here: Home / All News / What the media has not told you about North Korea!

Christian Relief Leader: What the Media Won’t Tell You About North Korea

With the U.S.-North Korea summit approaching, Vernon Brewer of World Help gives insights — and testimonies — from his years serving believers in the closed nation. 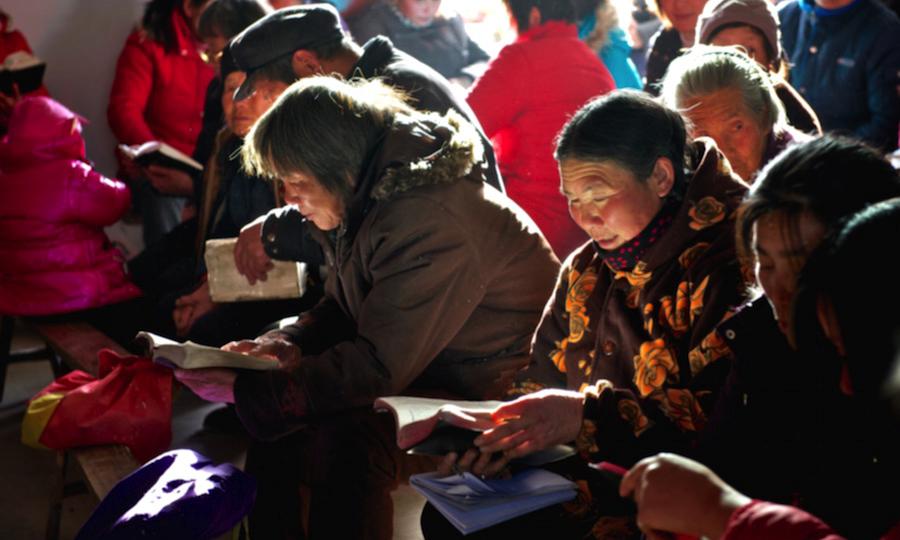 For the past decade, World Help has provided more than 68,000 Bibles to persecuted Christians in North Korea.

Following a months-long process of advance work, on Tuesday President Donald Trump and North Korea supreme leader Kim Jong Un are expected to meet face-to-face in Singapore. It will be the first-ever meeting between a U.S. president and a North Korean head of state.

On Thursday, President Trump noted the meeting — focused on ending North Korea’s nuclear program — is built on “a good relationship [for] the ultimate making of a good deal.” While many observers have praised these developments, longtime Christian relief leader Vernon Brewer expresses caution.

“In one respect, I hope the President does get the Nobel Peace Prize because that means a deal will have been negotiated for denuclearization,” says Brewer, founder of World Help. “Yet real lives are at stake here. Thousands of North Koreans have starved in the last 20 years. They’re the ones who pay the ultimate price for the outcome of these negotiations.”

Last week, an interfaith coalition including Professor Robert George urged the Trump Administration to incorporate human rights issues into Tuesday’s summit. In an interview with The Stream, Vernon Brewer of World Help shares of their work in North Korea, remarkable testimonies from local Christian believers and his hopes for the summit.

Nemesis Among the Nations

The Stream: What has been the nature of your work in North Korea?

Vernon Brewer: World Help has been serving in North Korea for about a decade. I made my first trip there ten years ago, with several trips since then. I just returned from the DMZ on the Korean border a few months ago. Mainly, our work has involved Bible distribution which has been their number one request.

The greatest thing we can do, especially in light of what may take place on Tuesday, is Christians across America should pray.

We’ve also helped train leaders, church planters and disciple-makers. That training has taken place outside of North Korea, when pastors and believers get permission to go into the economic free zone of China. In a clandestine way, we’ve spent a week with them in intensive discipleship training. The last year or so, it’s been increasingly difficult for them to get out.

The Stream: With World Help active in dozens of countries globally, how does North Korea compare? 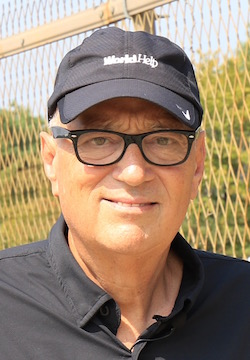 Brewer: North Korea is the most concerning of the nations we are involved in — due to how Christians are being treated. For 17 years in a row, Open Doors has listed North Korea as the worst persecutor of Christians in the world.

Of the 300,000 North Korean Christians that the government recognizes, 70,000 of them are in forced labor camps. That’s almost 25 percent of Christians who are imprisoned. Most of them never come out. They could get a 50-year prison sentence for owning a Bible or simply being caught in a prayer meeting or worship service.

The average life expectancy for a Christian in these camps is only three years. Many of them are beaten, tortured and prodded with electric stun batons. They even have experimental surgeries done on them, sending them into a coma or vegetative state.

We saw that happen with American college student Otto Warmbier last year. Released from North Korea after 17 months in prison, Warmbier came home to the U.S. in a coma and died just a few days later. Human rights violations in North Korea are probably the worst in the world.

The Stream: With your firsthand connections to that region, what is your perspective on the U.S.-Korea summit in Singapore set for Tuesday?

Brewer: Most of us don’t know what to expect next week, and we should be hoping for the best. Certainly the North Korean nuclear program is the number one agenda item in focus.

I also hope that human rights issues are addressed. The last time I was inside of North Korea, it was so bleak. The mountainsides were deforested because they were cutting down the trees just for firewood. The economy was so bleak.

There is a huge disproportion to what North Korea spends on military, and what the rest of their economy is providing to its people. Many people in North Korea are malnourished today and don’t have enough food.

Key members of the Trump Administration, Vice President Pence being one of them, are very concerned about the human rights violations. I’m praying that somehow, some way, a word could be fitly spoken to where these issues could become part of the dialogue.

The Stream: In recent months, some note that slanted analysis about North Korea has spread globally. How can believers rightly discern the big picture?

Brewer: Recently, I overheard one Christian say, We need to go in there with our aircraft carriers and blow that country off the face of the planet. As soon as he said that, I thought about all my brothers and sisters in Christ there whom I know personally.

What would help us is to realize these people are our spiritual family. Someone asked me recently, How can we pray for the people of North Korea? I replied, ‘If your son or daughter were in one of those forced labor camps, how would you pray?’

The greatest thing we can do, especially in light of what may take place on Tuesday, is Christians across America should pray. Pray for peace. Pray for the negotiations, that human rights would be discussed. Pray for the people in these forced labor camps, that God would keep them safe. Pray for our brothers and sisters in Christ.

Severe Trials and the Greater Work

The Stream: When being caught with a Bible often results in North Koreans being sent to prison, has World Help ever reconsidered its mission there?

Brewer: This is not some marketing campaign or program that World Help has dreamed up. This is not our strategy. This is what the leaders of the churches of North Korea are begging for — not money, vehicles or buildings. They say repeatedly: We need Bibles.

It’s sobering to think that they would be willing to go to forced labor camps and risk their lives even to own a Bible. But it’s like first-century Christianity. We feel God has called us to be a partner to the persecuted church in North Korea. If they’re willing to risk their lives, the least we can do is help meet this tremendous need.

The Stream: Is there hope for the people of North Korea — including to escape from these forced labor camps

Brewer: Few people have escaped the prison camps. It’s not easily done. A few get released, but most North Koreans view the prison camps as a death sentence. And on the official paperwork, their only crime is often listed as: “confirmed as a committed follower of Jesus Christ.”

A few months ago, I met a pastor when I was in South Korea. There at the DMZ, he pointed across the border to a government official’s office that was bullet-ridden. He said to me: When you go in that building, you never come out. It’s a one-way trip when called into that office.

But there is still hope. In South Korea, I also met a former soldier in the North Korean military. He had worked on the other side of the razor wire fences at the DMZ. His job was to listen in for radio broadcasts at night. While he was tuning in to different frequencies, he found a Christian station broadcasting the gospel into North Korea. He listened night after night until he became a believer.

He and his family fled towards China. They were shot at by the North Korean military. When they barely made it across the river, there happened to be a group of believers there. These Chinese Christians were having a prayer meeting on the riverbank. They took them in, hid them and discipled them. Later, they made it possible for them to get to South Korea.

Even in the midst of great persecution, vibrant testimonies of transformation are happening.

The Stream: How can people get involved in the work of World Help?

Brewer: Most Christians are probably wringing their hands, thinking, What can I do to help? The greatest thing we can do is to pray and make sure they have access to God’s Word

For ten dollars, we can print and distribute a North Korean Bible. The distribution process is a difficult and costly ordeal. Bibles are printed in another country and smuggled in. They change the methods on a regular basis so the government does not catch them. They’ve asked us for 100,000 Bibles, and so far we’ve raised the funds to provide 68,000. We want to help meet this need as soon as possible.

The famous last words of Jesus Christ were: “Go into the whole world and preach the gospel.” As the last thing Jesus said to his disciples on earth, it must have been important.

Now we need to be very wise and careful how we do it. But I believe this may very well be God’s time to see a spiritual revival in the hermit kingdom of North Korea.

Learn more about the work of World Help, considering how to pray and act. Watch a video below from Open Doors about the status of religious freedom in North Korea.

North Korea: #1 on the 2018 World Watch List from Open Doors USA on Vimeo.