You are here: Home / All News / Christians, will you let the Left win this election?

If the Dems Win the House, Trump Is Finished 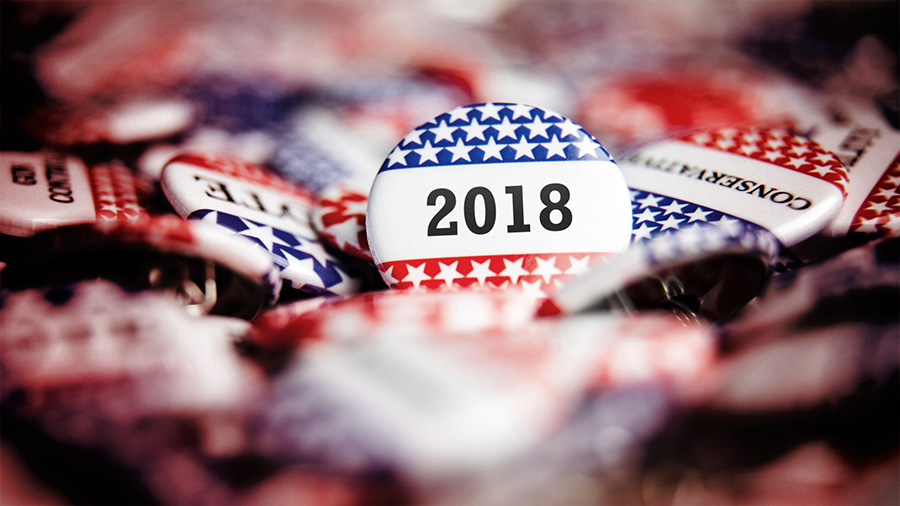 You might not realize it, but there’s a presidential election coming up this November. Are you involved in helping to win it?

Yes, you read that right. On November 6, voters across America will decide. Will Donald Trump finish out his term as an effective president? Or will Rep. Nancy Pelosi effectively become President?

The 2018 Midterms Make All the Difference

Those are the stakes of the 2018 midterms. The Democrats, unhinged with impotent rage since their defeat in 2016, are undermining our system of government, with its separation of powers. They’re acting as if we had a British-style parliament. There a vote of no-confidence brings down a Prime Minister. That is how Democrats are treating the constitutional process of impeachment.

The House will launch an open-ended, Stalinist show trial.

No matter how baseless the “Russia collusion” charges against Mr. Trump have proven.

Never mind how biased and reckless we now learn the FBI officials and Obama White House were.

Forget the plants and informants, and secret surveillance warrants based on a garbage “dossier” that was paid for by Hillary Clinton.

Pay no attention to the conspiratorial text messages, people. It just doesn’t matter.

The House Democrats have made it clear that it doesn’t matter what Robert Mueller gives them. It could be a ham sandwich in a greasy brown paper bag. They will use it to impeach the President.

Not because of “high crimes and misdemeanors.” There aren’t any.

Trump Won’t Be on Trial. His Voters Will.

Because of who he is, what he stands for, and what he’s doing for America. And because they despise the kind of voters who support him. Democrats will hound them out of restaurants, pour drinks over their heads, harass them at their homes, badger them at bookstores, and form violent Antifa gangs to intimidate them at will.

The House Democrats have made it clear that it doesn’t matter what Robert Mueller gives them. It could be a ham sandwich in a greasy brown paper bag. They will use it to impeach the President.

The House will launch an open-ended, Stalinist show trial. It will respect no rules of evidence — impeachment trials don’t need to. On that day, Trump’s presidency de facto ends. Only once before in our history has the legislative branch cast off any respect for our Constitutional system, and tried to remove a president for purely political reasons. That was in 1868.

Open the Borders and Blow Everything Up

The Democrats have an agenda. They want to eliminate ICE, and make it impossible for the United States to remove criminal aliens from our midst. This at a time when drug cartels and human trafficking gangs control our southern border — and large swathes of Mexico. (They have killed more than 1,000 Mexican politicians in 2018, and bought entire police forces of cities.) When a radical leftist takes power as Mexico’s president, claiming that every Mexican has the right to cross our border with or without our consent.

One Democrat after another is now coming out as a “Democratic socialist.” Bernie Sanders found himself mau-mau’d from the left, because he didn’t call for abolishing ICE fast enough. The once pro-2nd Amendment centrist Sen. Kirsten Gillibrand now sounds almost indistinguishable from Rep. Maxine Waters.

And it’s Maxine Waters, Alexandria Ocasio-Cortez, and other denizens of the radical left who will take center stage during any impeachment hearings. They’ll have free rein to hurl reckless charges against the president for months of prime time viewing. Be sure that the Mainstream Media will cover it, gavel to gavel.

Shutting Down the Government and the Country

Not a single piece of legislation the White House backs will get a hearing in such a House, whose leaders will be pretending that the President is “illegitimate,” so lawmaking must grind to a halt until “the investigation is finished.” That means that the likely Republican majority in the Senate will be helpless too, since all funding requests must originate in the House.

We won’t build a wall. Our efforts to disarm North Korea will grind to a halt. We might not even be able to keep up funding for our troops in Europe and Asia. Our fight against terrorism around the world will be largely crippled.

The Democrats will have a stranglehold on the U.S. government, and their leaders have shown themselves sufficiently reckless that they will use it. Whatever the cost to our country. They will, by sheer abuse of their power to impeach, have nullified a presidential election. That will set a vicious precedent which Republicans might well imitate, the next time a Democrat wins. That’s very bad news for the stability of our country.

Vote for your local Democratic congressman, or even stay home in November, and that is what you’ll be getting.

John Zmirak is co-author of The Politically Incorrect Guide to Immigration.

Share to Facebook10Share to EmailShare to TwitterShare to More13