You are here: Home / All News / This is the exact same thing President Clinton did to Rwanda in its Genocide!

The Obama administration says Islamic State’s persecution of Christian minorities in Iraq and Syria is not genocide. The point where it is accurate to term it as such “has not been reached,” White House spokesman Josh Earnest said at a press briefing.

Asked whether Islamic State (IS, formerly ISIS/ISIL) is practicing genocide in its extermination of Christians in Syria and Iraq, Earnest responded:

“My understanding is the use of that word involves a very specific legal determination that has at this point not been reached.

“We have long expressed our concerns with the tendency of – well, not a tendency – a tactic employed by ISIL to slaughter religious minorities in Iraq and in Syria.” 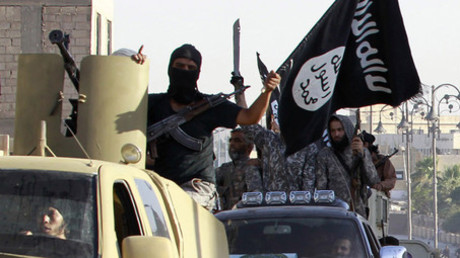 “But we have been quite candid and direct exactly about how ISIL’s tactics are worthy of the kind of international, robust response that the international community is leading. And those tactics include a willingness to target religious minorities, including Christians.”

The 1948 UN Convention on the Prevention and Punishment of the Crime of Genocide, says genocide is

“acts committed with intent to destroy, in whole or in part, a national, ethnic, racial or religious group,” including by means of “killing members of the group.”

In March 2015, a report from the United Nations Committee on Human Rights stated: “The acts of violence [by IS in Iraq and Syria] perpetrated against civilians because of their affiliation or perceived affiliation to an ethnic or religious group … may constitute genocide.”

According to a European Parliament resolution adopted in April 2015,

“Christians are the most persecuted religious group; whereas extremism and persecution of this nature is emerging as a significant factor in the growing phenomenon of mass migration; whereas according to data the number of Christians killed every year is more than 150,000.”

The ongoing persecution of Christian minorities in Syria and Iraq has seen their numbers drop dramatically. In Iraq, Christians are down to around 300,000 from about 1.4 million in 2003, according to 2015 estimates from a UK-based Catholic NGO. In Syria, there are now just 500,000 Christians, compared to over 1.25 million in 2011.

Christianity, the report states, is on course to disappear from Iraq potentially within five years, and could face the same fate in most Middle Eastern countries.