You are here: Home / All News / Flood Proof

New research confirms that the Flood recorded in Genesis was global. It also reflects the exact step-by-step biblical account of the floodwaters’ progression.

In previous articles, I described ICR’s Column Project, a research initiative in which we are building a database of stratigraphic columns from across the world.1,2 At that point we’d only completed North America and Africa, compiling stratigraphic information for more than 1,100 boreholes—oil wellbores, outcrops, cores, cross-sections, and seismic data—over these two great land masses.

Most recently, we’ve added 404 columns across South America, giving a total of over 1,500 compiled stratigraphic columns from around the world. This report describes some of the results of that study and gives compelling confirmation of the biblical Flood account described in Genesis 7.

What do we see? In Figures 1–6, we show the thickness of the six megasequences across South America. The Sauk is the earliest Flood layer, followed by Tippecanoe, Kaskaskia, Absaroka, Zuni, and finally the youngest layer, Tejas.3 Note how the coverage of the continent steadily increases with each successive layer, marking the Flood’s progression.

These data indicate the Flood started out slowly, inundating limited areas at first but increasing a little more each time as the first megasequences were deposited, perhaps during the first 40 days (Sauk, Tippecanoe, and Kaskaskia). Later, during the deposition of the Absaroka Megasequence, the coverage dramatically increased until the Flood appears to have reached a maximum coverage level in the Zuni Megasequence, possibly around Day 150. Fittingly, this is the exact same maximum level observed across North America and Africa, indicating a truly global event. Finally, the Tejas Megasequence seems to show the floodwaters receding—post-Day 150 of the Flood—and accordingly shows a similar coverage level to the Zuni.

Some may wonder why there isn’t complete coverage across all of South America if the Zuni was the high point of the Flood. The answer is straightforward: the highest hills were only flooded by a modest amount of water, leaving little sediment behind as the floodwaters receded (Genesis 7:20). Late-Flood and post-Flood erosion likely removed these thin areas of sediment, exposing the crystalline crust we see across much of Brazil today.

The geology of South America confirms God’s Word; the columns across the continent show a clear progression of the floodwaters, just as described in Genesis 7.

All over the globe the rocks cry out and tell the Flood story. And we can be thankful for God’s promise in Genesis 9:15 that a global flood will never again destroy the world.

* Dr. Clarey is Research Associate at the Institute for Creation Research and earned his Ph.D. in geology from Western Michigan University. 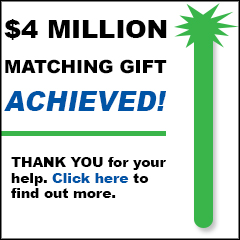 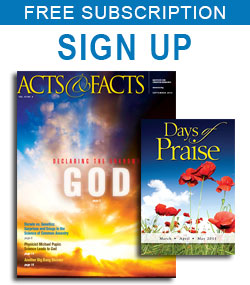