You are here: Home / All News / The slippery slope of ‘hyper-grace’ and where it leads.

Another “Hyper-Grace” Teacher Bites the Dust

More and more leaders are casting off the preaching of holiness in the name of grace. 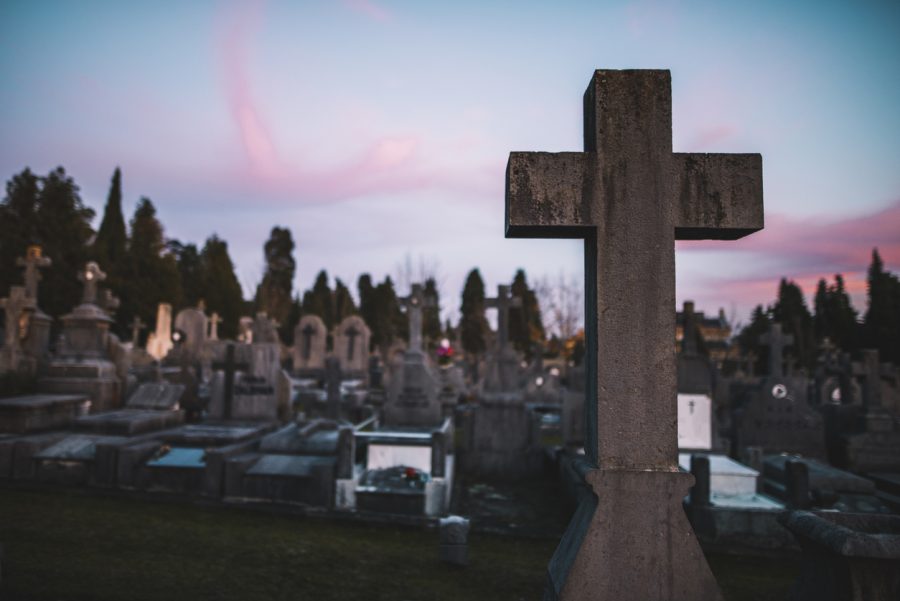 I was sad to see the announcement but not surprised, as yet another “hyper-grace” teacher took a giant step towards apostasy. I’m not naming names here, but I’m speaking about a man who had been a pastor and respected Christian leader, but who is now claiming that Jesus would bless a same-sex “wedding.” What a gross misrepresentation of our Savior and Lord!

I first saw some the material this pastor was putting out a few years back. I reached out to him and offered to interact and graciously challenge his position. Although he declined my offer, I had hoped that he would think twice about his message. His isolation of God’s goodness to the exclusion of other aspects of His character was dangerous. Yet it was typical of others in the hyper-grace camp.

Jesus sets us free from sin, not to sin.

Unfortunately, since then, this man went further in the wrong direction. He now downplays future judgment and claims that God’s Word does not condemn committed same-sex relationships. And so, his rapid plunge towards apostasy continues.

He’s not alone. Since Hyper-Grace was published in January 2014, I have heard from a number of leaders in that camp.

One pastor told me that he no longer identifies with the message, having seen far too many abuses. He also told me that one of the authors I cited in my book no longer preaches the gospel at all. He embraces universalism. (I predicted this would happen in Hyper-Grace, but I didn’t need to be a rocket scientist to make that prediction.)

Some hyper-grace leaders have clarified their positions, hopefully taking a step towards a more scriptural view of grace. Others have fallen into serious doctrinal errors as well as the lowering of moral standards.

But why not? If Jesus did it all and there’s nothing you’re supposed to do; if no matter how you live, you cannot break fellowship with God; if your reward is the same regardless of the sin in your life, then why not go out and enjoy the world?

Let’s take this a step farther. If the commandments of Scripture are part of a legalistic system that must be cast off, and if love is the only rule we follow, then how can we say no to a loving gay couple?

You can see quickly where this kind of thinking leads. It has nothing to do with God’s Word and in reality, it misunderstands the nature of God’s love.

A few years ago, a pastor posted this on the Ministry Today website after reading my article entitled “A Compromised Gospel Produces Compromised Fruit.” “The greasy grace message is once again leading people into sin,” he wrote. “As a pastor for more than 20 years I can tell you this ‘new’ version of grace is destroying people’s lives. Many pastors are now coming out of the closet and declaring their homosexuality as being ‘okay’ and even ‘acceptable’ based on the idea of grace!”

Again, this is no surprise. We can easily see how a hyper-grace emphasis can lead to outright deception. For example, one pastor dedicated his book to the members of his congregation “who have taken the difficult journey from legalism to liberty and have become a better community of believers as a result.”

This may sound good on the surface. But the man is an openly gay pastor and his book was a defense of homosexuality, all in the name of liberty. Yes, this church cast off legalism and discovered God’s grace — or so they thought. What they really discovered was a loophole for the flesh, one that will lead to eternal destruction.

True liberty in the Spirit leads to holiness of heart and life, and a healthy rejection of legalism leads to an embrace of God’s law being written on our hearts. Jesus sets us free from sin, not to sin. And the blood of Jesus does not redefine sin; it highlights the ugliness of sin and provides an antidote for it.

The blood of Jesus does not redefine sin; it highlights the ugliness of sin and provides an antidote for it.

When I met with Pastor Joseph Prince earlier this year, he shared powerful testimonies with me of people leaving homosexuality, and he insisted that those who truly heard his message would turn away from sin, not find a license for sin. And regardless of the doctrinal differences we have, we wholeheartedly agreed on the centrality of preaching Jesus as Lord, the reality of future judgment, and the importance of holy living.

So, while we have our differences, we are pursuing the same great goal: a holy bride presented to King Jesus for the eternal glory of God. Others have cast off the preaching of holiness in the name of grace, continuing their slippery slide to destruction.

May God grant these leaders repentance before it’s too late.