You are here: Home / All News / God’s miracles in British and American history. 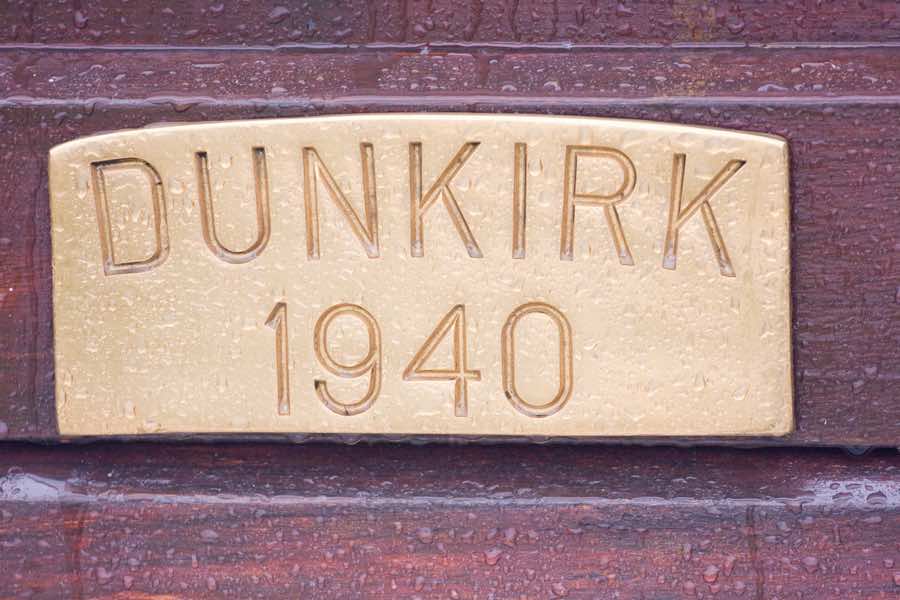 Do the hinges of history turn on sheer chance or something – or Someone – else?

Filmmaker Christopher Nolan’s new film “Dunkirk” is a celebration of courage and sacrifice. The evacuation of nearly 200,000 British and 135,000 French and Dutch troops, literally with their backs against the sea, is one of the most amazing events of history.

On May 28, 1940, hundreds of boats of all sizes, piloted by civilian volunteers, began to rescue the British army from certain destruction. This rag-tag flotilla, born out of desperation and moved by loyalty and determination, saved an army. And, arguably, a nation.

But is there more to it?

Four days before the evacuation, King George VI called for a national day of prayer for the British and French soldiers trapped in the north of France. Millions of Britons streamed into houses of worship, from cathedrals to small country churches, asking for God’s help, mercy and deliverance.

This rag-tag flotilla, born out of desperation and moved by loyalty and determination, saved an army. And, arguably, a nation.

And then: For a variety of reasons, German Field Marshall von Rundstedt halted the German advance against the British. Hitler confirmed the decision. The terrain was difficult for German tanks. The French still had many men under arms and von Rundstedt was concerned about losing too many soldiers in any attack on the Brits. The British counterattack at Arras had given him pause.

But the fact remains that the Germans, who had the Allies in their proverbial pockets, stopped.

No one in his right mind thought that little boats would help deliver one of the world’s great armies from the sands of an old port city. But they did.

Yet Dunkirk is not unique. There is a similar story in our own history.

In late August 1776, George Washington and about 9,000 Continental soldiers were cornered by a much larger British force in what is now Brooklyn, New York. This area of land on southern Long Island juts out like short thumb into New York Bay.

Surrounded by the British. Backed against the water. There was no wind, so no ships could come to rescue them.

Human history is full of examples of the eternal God of the Bible acting in time and space, in the moment, unexpectedly and in ways no human could have done.

And then: A remarkable fog settled over the whole area where the American troops were encamped. This fog hid them from the British, and the Continentals crossed over to lower Manhattan.

The fog lasted all day. It did not burn-off in the sunlight. Even though all was clear just across the water in Manhattan.

In the evening, the fog lifted. The British soldiers were stunned to find that their enemies had escaped.

All but one, that is. George Washington remained on shore with his rear guard. He waited until all his men were safely across. Only then did he join the soldiers in the last boat and meet his army in New York City.

The Great Deliverance of the Exodus

There’s a third historic example that would be foolish not to mention. It’s called the Exodus.

Moses and the people of Israel were being chased by the Egyptian army. North and south of them were deserts and mountains. In front of them, water. And they had no boats.

As the terrified people came to Moses, charging him with leading them into slaughter, he said, “Fear not, stand firm, and see the salvation of the Lord, which he will work for you today. For the Egyptians whom you see today, you shall never see again. The Lord will fight for you, and you have only to be silent.”

To paraphrase the late Paul Harvey, you know the rest of the story.

These stories have three common elements. First, there was no reasonable means of escape. Second, the people involved were backed against bodies of water. And third, God intervened in astonishing ways to save them.

Fate and luck do not exist. God exists. He is active.

Human history is full of examples of the eternal God of the Bible acting in time and space, in the moment, unexpectedly and in ways no human could have done. Christians should stand in awe of this God, and pray that He would accomplish His will in individual lives and in the nations of the earth.

God’s greatest intervention, though, was not in a miraculous action to save a beleaguered army. It was when the second person of the Trinity became a man. When Jesus of Nazareth, God incarnate, dwelt among us. When he took the penalty for our sins on the cross. And when he rose again to new life on the third day.

The gospel story is the true hinge of all history. To steal a phrase from T.S. Eliot, Christ is “the still point of the turning world.”

In his great book on the American Revolution, 1776, historian David McCullough writes of the deliverance off Long Island: “Incredibly, yet again, circumstances – fate, luck, Providence, the hand of God, as would be said so often – (had) intervened.”

Fate and luck do not exist. They are not invisible, impersonal entities wafting through history. Instead, God exists. He is active. He is moving in history and in individual lives. Are you letting him move in yours?