You are here: Home / All News / Bible-Christian.org In some countries today, you may not want to go to a doctor.

When a ‘Doctor’ is No Longer a Doctor

You might not get out of his office alive. 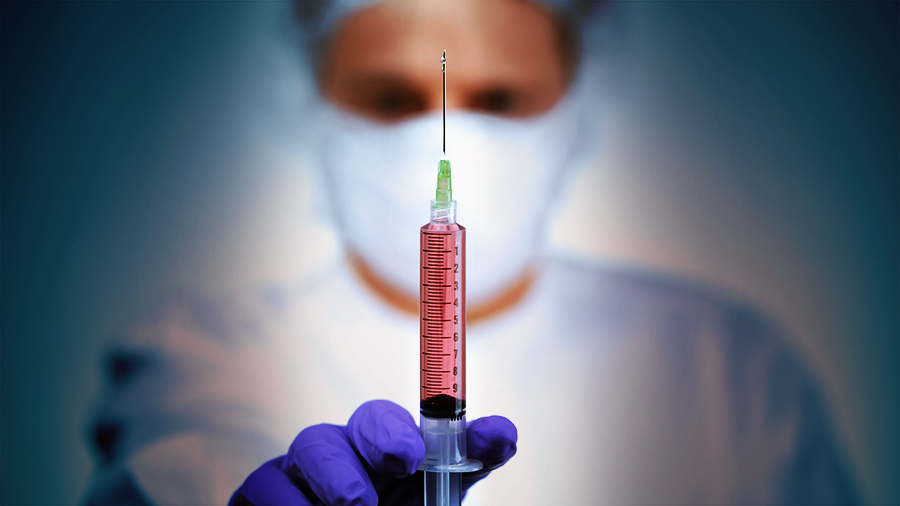 Meanwhile, somewhere in the Netherlands …

“Susie, is that you? Aren’t you at school? Is something wrong?”

“No, Mommy. I cut my finger. Hold on, the nurse wants to talk to you.”

“Mrs Verstandig? This is the school nurse. I don’t want you to worry, but little Susie cut her finger in gym. It’s nothing serious, but it looks like it needs a couple of stitches. I could take her to the doctor if you like.”

“No! Not that! Please don’t take my baby to the doctor!”

Each executioner first donned a white lab coat, perhaps to symbolize the purity of his actions, and then draped a stethoscope around his neck, perhaps to use to check the success of his work. He then sidled up to his “case” and whispered, “Hi, I’m your doctor.”

And then he killed.

The official execution report wasn’t entirely clear, but it looks like the preferred procedure was injecting lethal chemicals into the victims’ veins. The report didn’t indicate if other, livelier methods, like garroting or chasing off a cliff, were ever used. So we don’t know if there was a sense of sport in any executioner’s mind.

When is a Doctor No Longer a Doctor?

What’s funny about the whole thing is not that the executioners called themselves “doctors” but that the victims and authorities also recognized the executioners as doctors. Doctors. As in, physicians, i.e. those learned in the art of treating illness.

I’m old enough to remember when a doctor was a person who tried to cure his patients, not kill them. That’s being forgotten in countries like Holland, Belgium, and here in the once United States.

But I should watch what I say, because advanced age may be one of the “symptoms” that require involuntary euthanasia. According to the official report, there were in 2015 in the Netherlands 6,672 euthanasia deaths and 150 assisted suicide deaths.

There were also 431 “termination of life without request” deaths.

For those who might not have been paying enough attention, let me repeat that. Terminations of life without request.

“Doc, this hangnail has really been bothering me. Can you do anything about it?”

“Hmm. When you say ‘bothering,’ do you mean mental distress?”

“Just relax, Mr De Jong. I’ve treated you with the latest method. Nurse? Could you get me another form for termination of life without request?”

Don’t you dare complain, dear reader. What do you think you are, a doctor or something? These are experts. They know more than we do about the care and treatments of illnesses. They’re certified in their expertness by august universities and by the greatest power there is, the government.

The government gives them authority over us to make medical decisions we ourselves are incompetent to make. They know better. To even think you might know better about any disease or malady or even your own life is presumptuous and anti-intellectual.

A form of this argument was in the minds of the elite in England when they ordered the parents of poor Charlie Gard to leave the kid in the hands of the experts, who knew best how to isolate and let him die “with dignity.”

The government gets to define dignity, too.

If the government, or the government’s experts, in their certified wisdom, judge that you are lacking sufficient dignity, they may also decide that your life is no longer worth living. Chalk up another termination of life without request.

The Slope Really is Slippery

The response was not to deny the slippery slope was well greased, which everyone granted. Instead, it was argued it ought to be. If we didn’t grant greater leeway to “doctors” killing people, then there would be an “underground” of doctors killing people on the sly, and “harm” would not be “minimized.” “Doctors” had to have discretion and authority over the killing.

We’ve heard this argument used in abortion, too. We’re told that if it were illegal, an army of rogue butchers running around with rusty coat-hangers would arise. “If you don’t legalize the killing, we’re going to kill anyway — and make it sting!”

With abortion, the “right” of even minors to kill their unborn was quickly granted. The law often denied parents the right to be informed, or to interfere. …

Nor could the parents of Charlie Gard interfere when the state decided which form of death would be best for him. How long before you yourself won’t be allowed to interfere with the decision whether you live or die? How long, that is, before it becomes common to hear, “Whatever you do, don’t go to the doctor!”