You are here: Home / All News / Scaramucci Sold all for 10 days of Power.

What Scaramucci Sold for 10 Days in Power

Power is a wickedly addictive poison. 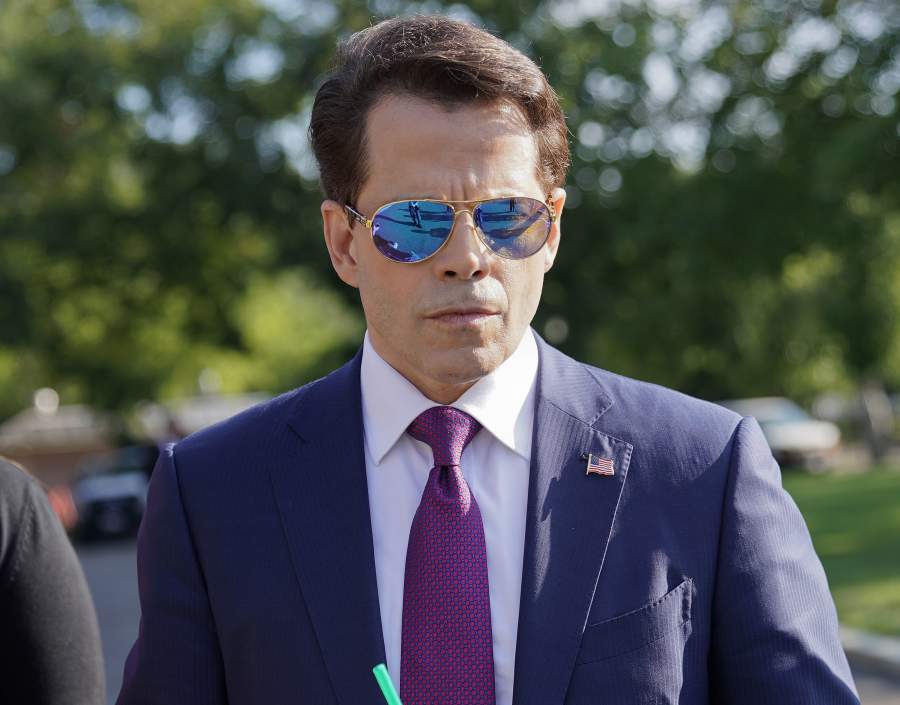 In this July 25, 2017, photo, White House communications director Anthony Scaramucci walks back to the West Wing of the White House in Washington.

A Whirlwind to Laugh At?

In his ten days on the job, he accepted the resignation of White House Press Secretary Sean Spicer; threatened to fire everyone working in the White House over unauthorized leaks to the media; accepted the resignation of one of the alleged “leakers;” launched a profanity-laced tirade printed in the New Yorker (which he later claimed was off-the-record); and ignited the final conflict that pushed out then-Chief of Staff Reince Priebus.

After a whirlwind ten days that resembled more a tornado than a tenure, Mr. Scaramucci was summarily dismissed by incoming Chief of Staff John Kelly and escorted out of the White House before he could even move into his new office.

Since his unexpected hiring and after his equally surprising firing, Mr. Scaramucci has been the butt of countless jokes in Washington, the tabloids, on social media and on late-night TV. As a carefully coiffed, fast talking financier with a very Italian name and a pronounced Long Island accent, he made for easy prey for satire and gossip. When I heard about his firing, my first inclination was to join the Twitter trolls, mocking him and his speedy fall from political grace.

As I searched the Internet for snarky memes about pride and flying too close to the sun, I learned more about Mr. Scaramucci and what he was willing to give up just to have his 30 minutes (or ten days) of fame.

He Won’t Be Down Long

On Friday, July 28, just one week after Mr. Scaramucci’s hiring was announced, the New York Post reported that his wife had filed for divorce because of his “naked political ambition.”  Their second child had been born prematurely only four days before. Traveling with President Trump, Mr. Scaramucci was unavailable for the birth; he reportedly sent his wife a congratulatory text message.

In Mark, Jesus asked his disciples: “For what does it profit a man to gain the whole world and forfeit his soul?”

For now, Mr. Scaramucci has also lost his reputation. Seen during the campaign as a successful financier and eloquent television surrogate for candidate Trump, Mr. Scaramucci is now seen as a flash in the pan, a caricature of a celebrity wannabe, a cautionary tale. When asked by the Huffington Post what he planned to do next, Mr. Scaramucci reportedly said, “I am now going to go dark.”

Most people in political Washington would advise you not to worry about Anthony Scaramucci. Politics is a business of second acts — with plenty of peaks, even more valleys, and not a lot in between. Trump World is particularly attuned to the roller coaster ride, much like the Sinatra tune, “That’s Life:”

You’re riding high in April
Shot down in May
But I know I’m gonna change that tune
When I’m back on top, back on top in June

No one who knows how the reality television show known as American politics works has counted Mr. Scaramucci out — at least not professionally.

But there is reason to feel (and pray) for Anthony Scaramucci and the thousands like him in Washington. Power (or the desire for power) is a wickedly addictive poison — and even those immune from other addictions (alcohol, drugs, sex) succumb daily to its seduction. Like its companion idol, the love of money, it has destroyed lives, careers, marriages, families, and friendships. And unlike other addictions, it’s perfectly legal — and in the corridors of power in Washington — almost a vocational necessity.

In the Gospel of Mark, Jesus asked his disciples: “For what does it profit a man to gain the whole world and forfeit his soul?”

How many times has each of us made the Faustian bargain to sell our soul for money, possessions, status, respect — our small piece of the world? How often has Jesus bought our souls back for us with his blood? Would we advise others not to pray for us?