You are here: Home / All News / Once in a life time Eclipse for some people. 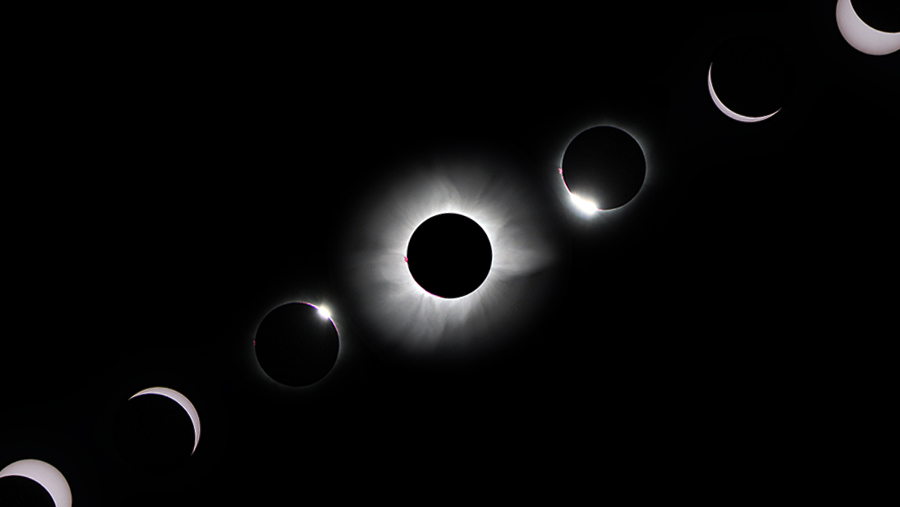 Rick Fienberg / TravelQuest International / Wilderness Travel
By Jay Richards Published on August 14, 2017 • 16 Comments
On August 21st, we Americans get to see a total solar eclipse. As I mentioned in my previous piece, we can see solar eclipses only because our planet, our Moon and our Sun sometimes come together in a straight line in space. When the Moon passes between the Sun and Earth, those in the Moon’s shadow see an eclipse.

But the story doesn’t end there. A rare alignment of events allows Earthlings to witness not just solar eclipses, but what we might call perfect solar eclipses. Our Moon just barely covers the Sun’s bright photosphere. Such an eclipse depends on just the right sizes, shapes, and relative distances of the Sun, Moon and Earth.

There’s no law of physics that dictates this layout. There are 65 major moons in our Solar System, and many smaller ones. But only we enjoy perfect solar eclipses. If there were Martians or Uranians, they wouldn’t see such eclipses.

What’s more, the tight match between Moon and Sun only happens during a narrow window of Earth’s history. The Moon is slowly moving away from Earth — at roughly the same speed that fingernails grow.

In brief, the best time and place to view total solar eclipses in our Solar System is just when and where there are observers to see them.

Let that sink in.

Most astronomers chalk this up to coincidence. But there’s more to the story.

As it happens, this precise arrangement of Earth, Moon and Sun helps sustain life on Earth. Let me explain. 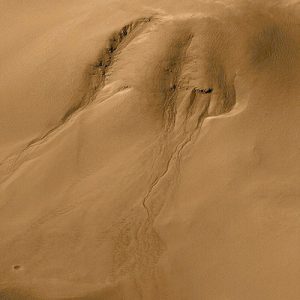 For lots of reasons, a planet almost surely needs liquid water on its surface to host complex life. Most places in the Solar System, and in the universe, are either way too hot or way too cold. To be “habitable,” a planet needs to be in the “Goldilocks Zone” around its star: where it’s not too hot and not too cold. Think of this zone as a narrow, nearly circular ring of space around a star.

The Earth is, of course, safely inside the zone. But how narrow is it? To figure that out, we need only look at our closest planetary neighbors. Mars is beyond the outer edge of this zone. It’s cold and lifeless. Venus is outside the inner edge of the zone. It’s over 850 degrees F on its surface. Apparently, there’s not a lot of wiggle room. If Goldilocks were a planet, she would be a fussy little princess.

The Moon also plays a role in keeping Earth habitable. A large, well-placed moon stabilizes the tilt of the axis of its host planet. That gives the planet a more stable climate. The Moon also contributes to Earth’s ocean tides, which helps mix nutrients from the land to the oceans. The two moons around Mars — probably captured asteroids — are much too small to stabilize its rotation axis. As a result, Mars wobbles on its axis far more than the Earth does. That’s bad news for Martians.

It’s Good for Science Too

Now put these two facts together.

Not just “certain” apparent sizes, but nearly the same apparent sizes. Hence, the Sun appears to be about the same size as the Moon from Earth’s surface. As a result, we enjoy perfect solar eclipses.

Wait. Two different ingredients for building a habitable planet produce perfect eclipses for observers on that planet? That seems fishy.

But here’s the part that (when linked to other evidence) suggests conspiracy rather than coincidence. Our ability to observe perfect solar eclipses has played a key role in several major scientific discoveries. Those discoveries would have been hard, if not impossible, to make on the much more common planets that don’t enjoy such eclipses.

First, eclipses helped us unlock the mystery of stars. Scientists since Isaac Newton (1666) had known that sunlight splits into all the colors of the rainbow when passed through a prism. 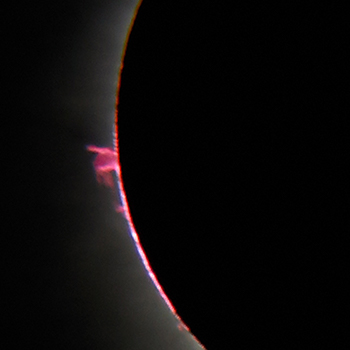 The beginning and end of totality present your best opportunities to examine the thin middle layer of the Sun’s atmosphere, called the chromosphere. It shines in the ruby-red light of hydrogen gas heated to more than 20,000° Celsius (36,000° Fahrenheit). Also visible just beyond the Moon’s silhouette are solar prominences: brilliant red arcs, loops, and jets of hot gas propelled by the explosive release of the Sun’s magnetic energy.

But only in the 19th century did astronomers observe solar eclipses with spectroscopes, which use prisms. This allowed them to discover how the Sun’s light is produced. It also allowed them to figure out the structure of the Sun itself. Since the Sun looks larger from the Earth than from any other planet with a moon, we can discern finer details in the Sun’s chromosphere and corona than we could from any other planet.

This knowledge, in turn, enabled astronomers to make sense of the light from the distant stars.

So, in a sense, perfect eclipses were a key that unlocked the field of astrophysics.

In the early twentieth century, Albert Einstein predicted, in his General Theory of Relativity, that light passing near a massive object like the Sun would be visibly bent. To test his theory, astronomers needed to measure the changes in the positions of starlight passing near the Sun’s edge compared to their positions months later when the Sun was in another part of the sky.

But have you ever tried to look at starlight right next to the edge of the Sun? Probably not. The test could only be done during a total solar eclipse. That’s why, during the 1919 solar eclipse, two teams of astronomers, one led by Sir Arthur Eddington, set out to confirm Einstein’s theory.

They succeeded, as did other astronomers during later eclipses. This led to the general acceptance of Einstein’s theory. And that theory is the basis of modern cosmology.

Finally, perfect eclipses give us unique access to ancient history. By studying historical records of past solar eclipses, astronomers can calculate the change in Earth’s rotation over the past several thousand years. This, in turn, allows us to align ancient calendars with modern calendars.

This is just one example of an eerie pattern we discuss in detail in The Privileged Planet: life-friendly places like Earth are also the best places, over all, for doing science.

So, when you’re viewing the eclipse on August 21st, remember: The One who gives us life gives us insight into the universe as well.

Jay Richards is the Executive Editor of The Stream and co-author of The Privileged Planet. Follow him on Twitter.

The Stream encourages comments, whether in agreement with the article or not. However, comments that violate our commenting rules or terms of use will be removed. Any commenter who repeatedly violates these rules and terms of use will be blocked from commenting. Comments on The Stream are hosted by Disqus, with logins available through Disqus, Facebook, Twitter or G+ accounts. You must log in to comment. Please flag any comments you see breaking the rules. More detail