You are here: Home / All News / Hollywood is selling sex and abusing people in the process!

Hollywood is selling sex and abusing people in the process. Are we buying it? 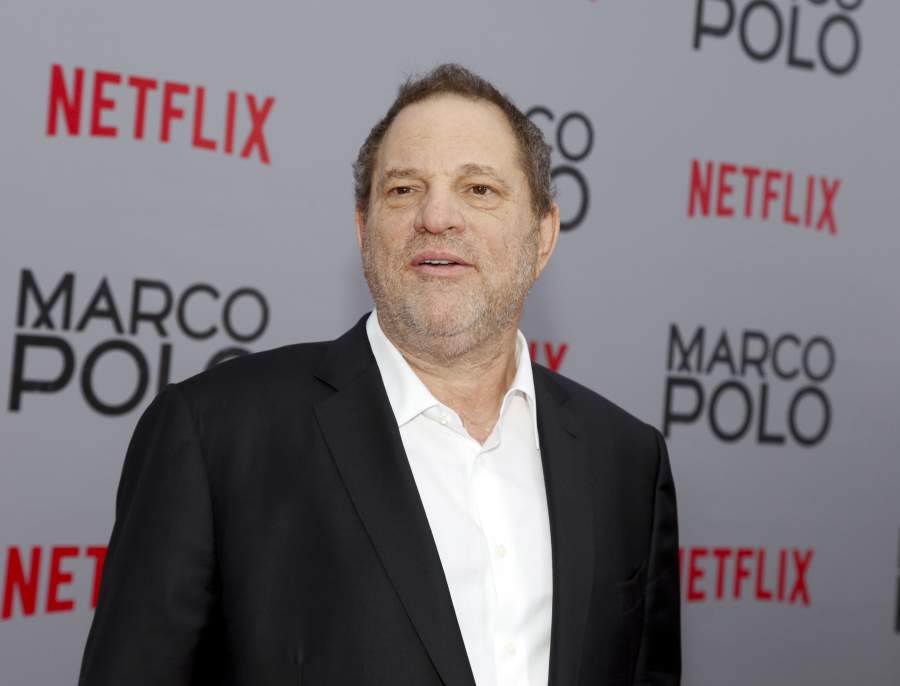 FILE – In this Dec. 2, 2014, Harvey Weinstein attends the season premiere of the Netflix series “Marco Polo” in New York. Weinstein faces multiple allegations of sexual abuse and harassment from some of the biggest names in Hollywood.

My purpose here is not to throw more stones on the now-disgraced Harvey Weinstein. He’s already suffering the consequences of his alleged actions. My purpose is to confront the larger hypocrisy of Hollywood. It’s an industry that has made billions of dollars selling sex. An industry that encourages all kinds of sexploitation.

Let’s put aside the question of whether media giants like NBC initially rejected the Weinstein exposé. Or whether actors like Matt Damon and Ben Affleck were insincere in their statements against him.

Instead, let’s remember that for years, we’ve heard about the “casting couch.” It’s slang for sexual favors aspiring actresses are expected to show Hollywood execs if they wanted to advance in the industry.

Just look at these headlines, with their dates:

May 31, 2011: Casting Couch Nightmares: What Does It Take to Make It in Hollywood?

April 23, 2014: The Dark Side Of Hollywood — 10 Casting Couch Horror Stories; RadarOnline looks back at the stars who complained of harassment within industry

And then this one, from October 11, 2017, following the revelations about Weinstein: Women of Hollywood Tell Their Casting Couch Horror Stories.

One recent article claims these sexual abuses in the movie industry date back to the early 1920s. Yes, an AP article published in the Japan Times claims that “Hollywood’s ‘casting couch’ scandals go back at least to 1921.”

The article begins with this: “For anyone thinking the days of the so-called casting couch were long gone, this past week has been eye-opening. The growing list of women directing allegations at Harvey Weinstein suggests they never left Hollywood.”

The point is that the major players in Hollywood have known about these kinds of things for years. Yet most looked the other way. Why? It’s part of the business. You don’t dare challenge or expose the giants. It will destroy your own career if you do!

Not only so, but many have played the game. To point a finger at others is to point four fingers back at themselves. This is self-evident to me as a complete outsider following this from a great distance. What do the insiders know?

But it gets worse.

Corey Feldman, who became famous as a child actor, has been shouting out for years now that “Pedophilia Is Hollywood’s Biggest Problem.”

A 2016 article in the Daily Mail starts with these bulleted points:

When asked why he wouldn’t name names, he said:

[U]nfortunately California conveniently enough has a statute of limitations that prevents that from happening. Because if I were to go and mention anybody’s name I would be the one that would be in legal problems and I’m the one that would be sued. We should be talking to the district attorneys and the lawmakers in California, especially because this is where the entertainment industry is and this is a place where adults have more direct and inappropriate connection with children than probably anywhere else in the world.”

I won’t list the names of major Hollywood execs who have been accused of abusing underage boys in recent years. These remain allegations at this point. But if Feldman (and others) are to be believed, these abusive practices are still rampant in Hollywood. Yes, the same Hollywood that is now condemning Harvey Weinstein with such righteous indignation. Shame on them for their hypocrisy.

But there’s more. Hollywood knows quite well that sex sells. These representative quotes make it clear.

Guinevere Turner (co-screenwriter and actress — American Psycho): “People want to see R-rated movies, adults and children alike, and an easy way to get an R-rating is to have sex scenes or nudity. We’d be fooling ourselves if we didn’t think teenagers wanted to see sex. And in creating the taboo, we create frenzy around it.”

John Papsidera (casting director): “Look at what just happened with Jessica Biel. She was in Ulee’s Gold, and she was fabulous, but, you know, very few people saw that film, and Seventh Heaven, her TV show, is so sweet and syrupy, she really passed under the radar for a lot of years. So she did the cover of Gear magazine semi-naked. It was an attention-getting moment, and it catapulted her career.”

Glenn Rigberg (manager — Rigberg, Roberts & Rugolo): “What’s so interesting is when you wander around the agencies and sets in Hollywood right now, there’s this special magazine insert called the Maxim 100, which is pictures of scantily clad models and actresses. And I swear to God, it’s being used in Hollywood to help cast movies.”

Is anyone surprised to read this?

But, once again, it’s easy to point fingers at others. Perhaps the bigger question to ask is this: How many of us who shake our heads in disgust at Harvey Weinstein actually enjoy the sexploitation of the movie industry?

Hollywood, to its lasting shame, is definitely selling sex (and abusing people in the process). The question is: Are we buying it?