You are here: Home / All News / There are movies that Frank Capra directed not just the classic, “It’s a Wonderful Life.” 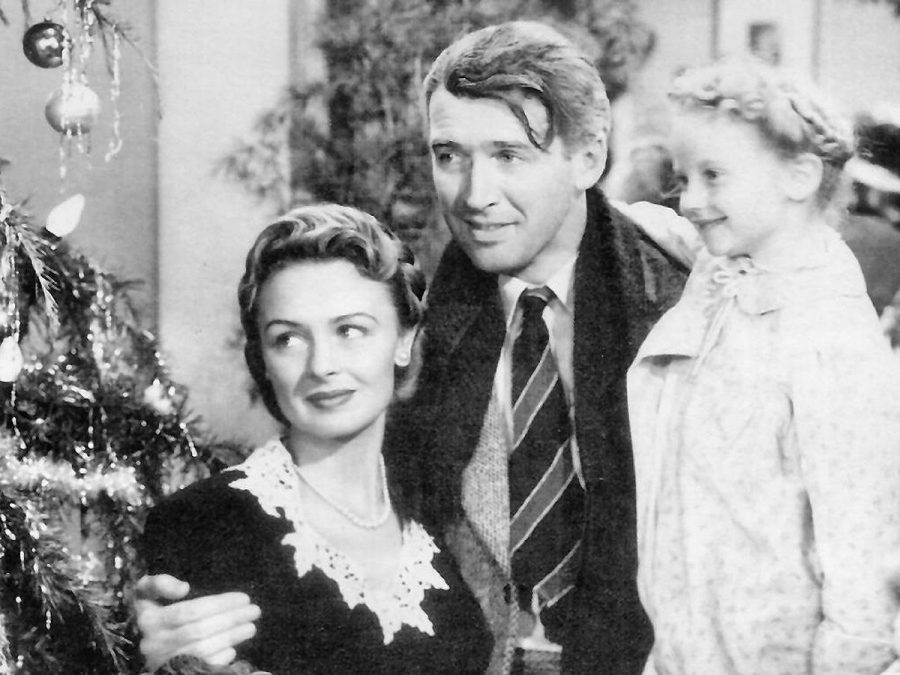 It’s a Wonderful Life, which aired last night on NBC, appeared first 61 years ago today. It tells the sweeping saga of George Bailey, the glue of Bedford Falls. He spirals into a spiritual and financial crises, to the point where he becomes convinced he’s worth more dead than alive. This most wonderful of Christmas movies is also one of the most talked about.

We’ve had several stories on The Stream alone about It’s a Wonderful Life, including my prayer for the other patrons at Martini’s bar. But this Christmas why don’t we go to the source, director Frank Capra?

When director-writer-storyteller Frank Capra turned 40, he decided that his future films would be a “thank you” to America. Moreover, he would only do movies where “Love thy neighbor” took social disorder to task. He wrote in his autobiography The Name Above the Title: “I would sing the songs of the working stiffs, of the short-changed joes, the boor poor, the afflicted. I would gamble with the long-shot players, who light candles in the wind, and resent with the pushed-around because of race or birth.”

Already a massive success, he would now preach the gospel message in a manner no church could match.

This approach gave us such classics as You Can’t Take It With You, Mr. Deeds Goes to Town, Meet John Doe, and Mr. Smith Goes to Washington. Then came World War II. Capra joined the Army. His documentary series Why We Fight would inspire and instruct and strengthen the nation as it battled the forces of darkness. Returning to Hollywood after the war, Capra was actually a bit gun-shy. He worried he’d lost his touch, perhaps he’d lost touch with his audience.

He’d come across a short story that Philip Van Doren Stern had written as a Christmas card sent to family and friends. Its title: The Greatest Gift. Capra was desperate to build it out into a film. As he’d later say:

It was the story I had been looking for all my life. Small town. A man. A good man, ambitious. But so busy helping others, life seems to pass him by. Despondent. He wishes he’d never been born. He gets his wish. Through the eyes of a guardian angel he sees the world as it would have been had he not been born. Wow!

Only one man could play George Bailey: Jimmy Stewart. Yet Stewart hadn’t done a film since before the war and wasn’t rushing back to Hollywood. The boyish innocence that brought him fame was no more. He’d risen in the ranks, volunteering for combat missions as a bomber pilot.  He felt scarred by war. Whispers were that those emotional scars were keeping him from coming back in front of the cameras. Capra insisted on meeting with Stewart in person to pitch him the movie. According to Marc Eliot’s biography of Stewart, Capra wanted Jimmy to embrace his enthusiasm for the project. But also, with so much on the line, Capra wanted to look in his friend’s eyes to see just how true those whispers were.

Capra wrote of that first meeting.

He was older, shyer, ill at ease. My butterflies fluttered. It was four years since I had last told a story to an actor. It was six years since Stewart had last heard a story from a director. Jimmy listened quietly — bored, I thought.

Stewart wasn’t bored, but nervous about returning to movies. As Larry Provost writes at Townhall today, “Stewart did not think he had the ability to act anymore and questioned whether his profession was an honorable one.” Still, he signed on to do the film. And after a tongue-thrashing from John Barrymore, who played Potter, Stewart gained a newfound appreciation for the value of entertaining people.

Casting a leading lady proved more difficult. Mr. Smith co-star Jean Arthur was considered, but Capra thought Stewart’s new-found somberness would now clash with Arthur on-screen. Ginger Rogers passed on the film, as did several other A-listers. Finally, Capra settled on a little known actress he saw on stage in New York: 24-year-old Donna Reed. Today, we can’t imagine anyone but Donna Reed in the role.

Production got underway, and after a four-month shoot It’s a Wonderful Life was born.

Capra’s Cinematic Sermon on the Mount

The film opened to a mixed reception from critics. And Capra couldn’t care less.

A film to tell the weary, the disheartened and the disillusioned; the wino, the junkie, the prostitute; those behind prison walls and those behind Iron Curtains, that no man is a failure!

To show those born slow of foot or slow of mind, those oldest sisters condemned to spinsterhood, and those oldest sons condemned to unschooled toil, that each man’s life touches so many other lives. And that if he wasn’t around it would leave an awful hole.

A film that said to the downtrodden, the pushed-around, the pauper, “Heads up, fella. No man is poor who has one friend. Three friends and you’re filthy rich.”

A film that expressed its love for the homeless and the loveless; for her whose cross is heavy and him whose touch is ashes; for the Magdalenes stoned by hypocrites and the afflicted Lazaruses with only dogs to lick their sores.

I wanted it to shout to the abandoned grandfathers staring vacantly in nursing homes, to the always-interviewed but seldom-adopted half-breed orphans, to the paupers who refuse to die while medical vultures wait to snatch their hearts and livers, and to those who take cobalt treatments and whistle — I wanted to shout, “You are the salt of the earth. And It’s a Wonderful Life is my memorial to you!”

It’s a Wonderful Life remains a tribute to the human heart and the preciousness of each of God’s children.