You are here: Home / All News / Atheists, God created the universe for His glory.

Answering Atheists: Why God Cares About Us in Such a Huge, ‘Empty’ Universe 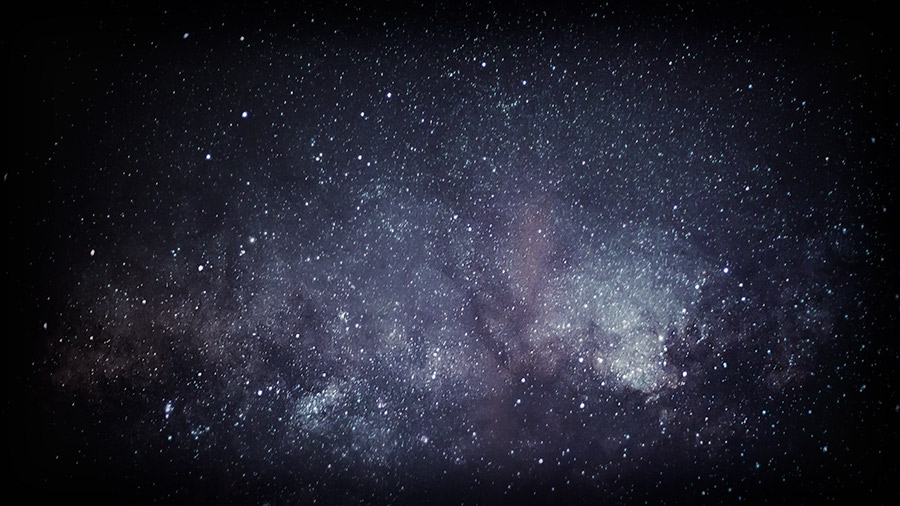 “There are a trillion galaxies in the universe with a trillion stars in each of them. Tell me again why God would care about people on one small planet?”

I see that objection raised against Christianity time and time again. This version showed up on Facebook just last week. The numbers the person quoted were too high by a factor of ten, but the point remains: The universe is so big, it’s impossible to believe God would care about us here on Earth. Or sometimes it’s worded the other way around: If God cares so much about us, why would He have put us on such a small planet in such a huge universe? For example:

What would the universe look like if it had been created … with humanity in mind? Certainly, one would expect that the vast swaths of the cosmos that are unnecessary for our existence would be absent. It could be argued that the existence of solar systems other than our own might serve to test believers’ faith to some extent, but the presence of hundreds of billions of completely separate galaxies beyond the Milky Way appears superfluous.

Objecting to a Preoccupied Pagan God

These people don’t get God. Their view of Him is essentially pagan.

These people don’t get God. Their view of Him is essentially pagan. The old Romans, Greeks, Norsemen and others imagined gods who were like humans, only bigger and more powerful. Zeus and Odin never could have thought about creating such a huge universe. They didn’t have the power, first of all. And they had other things on their mind, so why would they even care about trillions of stars? That’s the kind of god who would have the problem these atheists imagine.

The answer begins with a question: What good does it have to do?

A pagan god who made such a massive universe would have to have some huge justification, considering how much of his own resources he’d be using up for it. Not so with the infinite God of Judeo-Christianity. He wasn’t counting stars on a spreadsheet. He had no heavenly bean-counter warning Him, “Hey, God, inventory’s running thin! You can’t go on making all these ‘superfluous’ galaxies.”

Not at all! “Ah, Lord GOD!” wrote Jeremiah (at 32:17). “It is you who have made the heavens and the earth by your great power and by your outstretched arm! Nothing is too hard for you.” God could have made a trillion universes like ours, and never run low.

Atheists voicing this objection seem to think that Christianity means God is so busy with us, He’d have nothing left over to care about the rest of this very large universe. Or vice versa: If He cares about the universe, He’s too busy with all that to care about us. Maybe God has trouble multitasking or something.

That, too, would fit the pagan gods, but not the Judeo-Christian God. He’s infinite in wisdom and knowledge, as well as power and might.

But still the objections continue, sometimes in this form:

Doesn’t the way that 99.99999999% of the universe is absolutely inhospitable to any kind of life show you that it wasn’t made for anybody? It is easy to imagine how a universe could have been more intelligently designed, with less wasted space and energy and more hospitality for life.

But waste is an issue if you might run low on whatever it is, or if you might run out of space to put it. Wasted space can also be a problem, if it’s going to make you take more time to get from one place to another. Does God have any of those problems? Absolutely not.

But really, this whole set of objections betrays the emptiness of atheism. The whole point of it all is that there’s nothing out there in the vast, dark reaches of space that’s doing anyone any good. Scientists say space is “filled” with energy, but most of it’s useless. Atheists typically think thats the whole answer, and they find it pretty useless too. Space for them is mere emptiness, a place-holder filled with nothing but nothing.

But they’re wrong. Very wrong. The whole universe is chock-full and running over with glory. It’s filled with beauty; and that’s reason enough for its existence!

“The heavens declare the glory of God,” says Psalm 19:1, “and the sky above proclaims his handiwork.” God made it that way for His own glory and pleasure, and for our enjoyment, too. The more we study it, the more glorious in beauty it becomes.

The God of Glory and Beauty

So would God create a planet of people in His own image, and throw us in the middle of such a massive universe just to show His own glory, and to give us something to enjoy? Sure! Why not?

And how much of God’s glory and beauty do we see in it? Only a taste. That’s all. There’s so much more to God than the whole universe could display. But it’s enough to let us know He’s greater by far than the pagan gods could have dreamed of being.

He’s also greater than the “God” the atheists think they’re objecting to. They’ve knocked down some pagan version of the gods. That’s fine with me. I only wish they’d turn their attention to the real God.

Tom Gilson is a senior editor with The Stream and the author of A Christian Mind: Thoughts on Life and Truth in Christ, released in December 2017. Follow him on Twitter: @TomGilsonAuthor.