You are here: Home / All News / A Jew accepts Jesus Christ as his Messiah!

Paul: Apostle of Christ Calls Us to the Cross 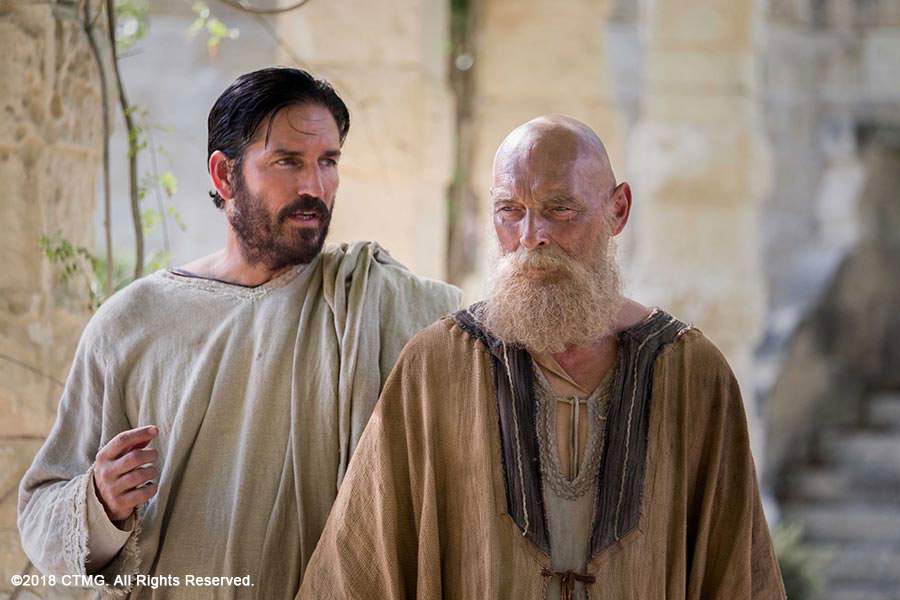 Today is the darkest, most solemn of the year. Think of the worst day in your own life. Was it when a loved one died? When a marriage broke up? When you saw the effects of a sin you yourself committed on some innocent third party? We each have a different “low point.” I won’t mention mine here, but take a moment please and try to summon yours.

Got it? The way that memory makes you feel? That’s how we should each feel today. Instead of shoving such feelings aside, today we should summon them out into the light. Because today every sin we committed rose up as one to drive the nails into His hand. And today every grief we’ve endured weighs on His head in that crown of thorns. So today we should mourn for Him, as John and Mary did at the foot of the cross. Unless we plumb the depths with them today, and follow Jesus tomorrow into the land of the dead, what will make of Sunday? Unless we have tasted the gall of sin and death, how can we savor Resurrection?

Today is a good day to learn more about the cross.

I’ll never forget how my mother drove home the solemnity of Good Friday when I was a kid. She’d turn off the television from noon till three: the hours He hung on the cross. The apartment would be silent. I’d miss Underdog that day, and I Dream of Jeannie. Because Jesus was slowly dying.

Today is a good day to learn more about the cross. One good way — a painless way, one fitting for the family — is to go see Paul: Apostle  of Christ. Apart from passing some hours in church today, it’s hard to know how to spend it. Each year, I wonder how to pass the rest of the hours. What should I do on Saturday, while Our Lord is harrowing Hell? Greeting patriarchs and prophets, faithful women like Esther and Sarah. Taking the penitent Adam and Eve at long, long last back to the Father. It seems ridiculous to treat this like any other weekend.

See this beautiful movie, and take it to heart. It’s acted powerfully, with Jim Cavaziel (The Passion of the Cross) playing Luke, the young disciple who wrote the Acts of the Apostles. We see him visiting the aged Saint Paul in prison in Rome. His task? To pry loose Paul’s recollections, so he can write them down. (Ever wonder what it looked like, when inspired scripture was being created? This film does a good job of picturing it.) Playing Paul is the equally gifted James Faulkner (Downton Abbey and Game of Thrones). The actors’ rapport is convincing. You believe that these men have traveled the ancient world together, two very different people enthralled by the same mission and spirit.

Luke comes at a time of crisis: The deranged and paranoid emperor Nero has disillusioned Rome with his vulgar self-promotion and callous cruelties. The populace blames him for the fires that devastated the city. In turn, he scapegoats the Christians. He burns them alive as torches, and makes them the victims of wild animals in the Colosseum. And Paul, their acknowledged leader, rots in jail.

To Bring a Sword

The film gets much of its power from the picture of ordinary Christians in crisis. Lied about, called “cannibals” and “atheists,” hunted from their homes, murdered by mobs with impunity, and tortured by the government. This is the fate of believers sometimes. Has there ever been a time since Christ was raised that the Church lived in perfect peace? That somewhere on the earth the rulers weren’t threatened by those with a higher loyalty? By those whose love for the Unseen God outweighed their will to live?

I don’t think there has been. The Enemy hates the Gospel, hates Christians even more than the rest of our fallen race. He whispers in the ears of powerful men, goads them to fear those who don’t fear death as much as sin. Who render unto Caesar but scoff at the thought that he is a god. Those who walked the walls of Rome, rescuing abandoned infants. Who walk the sidewalks today outside abortion clinics, offering hope to abandoned women.

The Church on the Cross

And today believers are hunted across the globe. The little community of Roman Christians portrayed so powerfully in Paul: Apostle of Christ has exploded across the globe. Persecution has followed it. Today, as you think of the Cross, and maybe as you bask in the afterglow of this gorgeous film, take time to pray for those who carry the cross around the world. And hope that they, who come so close to Christ as they share in His sufferings, pray for you. Make yourself one with him, and with them. Here’s a sadly incomplete list of the places where they live:

Take the thought of all these our brothers and sisters with you to the foot of the cross. You will find they are already up there, hanging along with Our Lord. May they rise with Him as well. So may we all.

Share to FacebookShare to EmailShare to TwitterShare to More