You are here: Home / All News / Abortion stops a beating heart, former abortionist says, “I am a mass murderer.”

Former Abortionist: ‘I Am a Mass Murderer’ 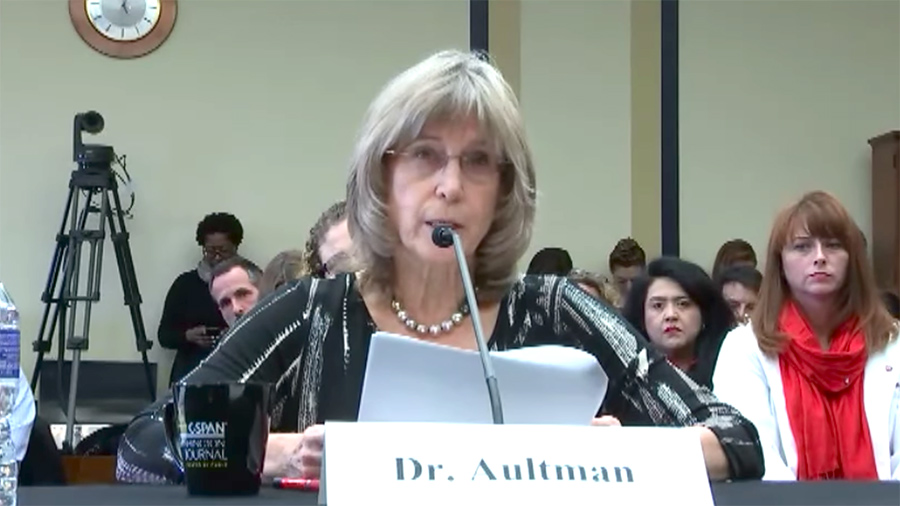 “I am a mass murderer,” former abortionist Dr. Kathi Aultman testified before the U.S. House Judiciary Committee Wednesday. She spoke in favor of legislation that would ban abortions of babies with beating hearts. “I love to meet adults that I delivered, but it’s always bittersweet because I am reminded of all the people I will never meet because I aborted them,” she said. She now works with the pro-life Charlotte Lozier Institute.

The committee discussed the Heartbeat Protection Act, a bill banning abortions on preborn babies with beating hearts. The bill does not make an exception for cases of rape or incest, reported Life Site News.

People She Will Never Meet

Aultman talked about the moment she decided to stop performing abortions. Three abortions made her change her mind. She had just had her own baby. She met the women on the first day back at work.

I reasoned that although the need for abortion was unfortunate, it was the lesser of two evils, and I was doing something for the wellbeing of women. I also could make a lot more money doing abortions than I could make working in an emergency room. I enjoyed the technical challenges of the procedure and prided myself on being really good at what I did. …

I found out later that few doctors are able to do abortions for very long. OB/Gyns especially, often experience a conflict of interest because they normally are concerned about the welfare of both their patients but in an abortion they are killing one of them. Although many seeking abortions see the pregnancy as just a blob of tissue, the abortionist knows exactly what he or she is doing because they must count the body parts after each procedure. Eventually the truth sinks in.

One mother didn’t care about her unborn baby. She used abortion as birth control. The second said she just “wanted to kill it.” The third, who already had children, was crying the whole time.

What struck me was the apathy of the first patient and the hostility of the second towards the fetus, contrasted with the sorrow and misery of the woman who knew what it was to have a child. I realized that the baby was the innocent victim in all of this. The fact that the baby was unwanted was no longer enough justification for me to kill it. I could no longer do abortions.

In her experience, women who chose life for their babies did exceedingly well compared to women who had abortions and suffered later because they did. “I don’t believe a woman can remain unscathed after killing her child,” Aultman testified.

She also explained how the abortionist thinks and feels about what she’s doing. “Because of my training and conditioning a human fetus seemed no different from the chick embryos I dissected in college,” she told the committee.

I could view them with strictly scientific interest devoid of any of the emotions with which I would normally view a baby. I wasn’t heartless[,] I just had been trained to compartmentalize these things. If I had a woman come in with a miscarriage or a still birth and she had wanted the baby I was distraught with her and felt her pain. The difference in my mind was really whether the baby was wanted or unwanted.

If brought to the House floor, the bill should pass. 169 representatives have already co-sponsored the bill. Others testifying before the committee included Star Parker of the Center for Urban Renewal and Education.