You are here: Home / All News / There is always hope in Iran that people can help change things.

Why Iran’s Brave Protestors Give Us Hope for 2018 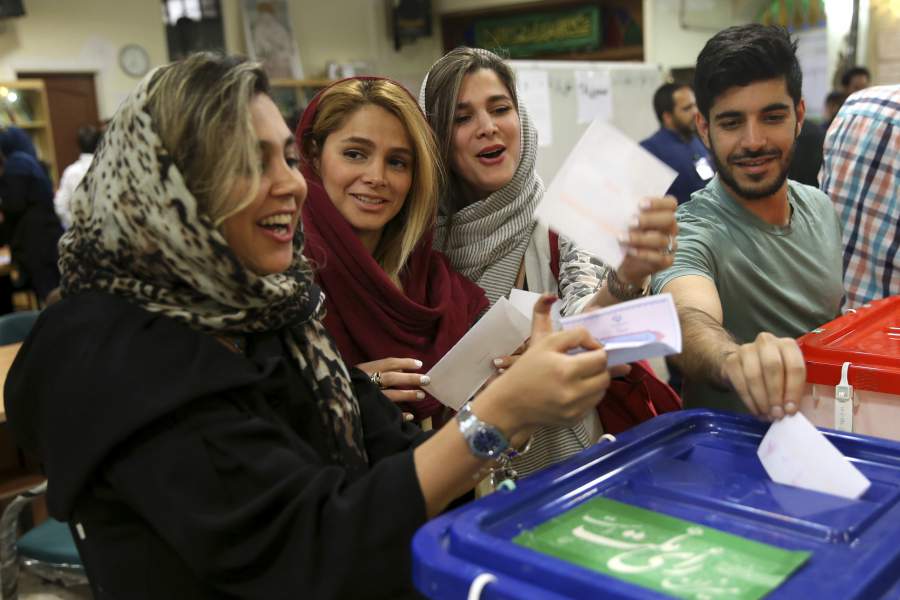 Well, Trump’s critics were wrong again. Iran is the second major Muslim country to offer some hope of reform since Trump’s foreign policy took effect. (The other is Iran’s regional enemy, Saudi Arabia.) Is it really an accident that a firmer, more flexible United States looking out for its national interests can have such an effect?

As Iranian exile and Christian convert Sohrab Ahmari (a harsh Trump opponent) has pointed out:

It’s obvious that we should hope and pray that the millions of people stuck under Iran’s backward theocracy can force that regime to reform. There are many moral reasons why:

There are also some practical reasons that might not be immediately obvious. These prudential reasons are too easy to overlook. A facile, ideological view of the region would breeze right past them.

Up till the Trump election, American policy in the Middle East alternated between two such ideologies:

Neoconservatism, which pretends that Islam is really a religion of peace, “hijacked” in some places by extremists. We must use overwhelming U.S. force to repress religious fanaticism, and transform countries in the region in our image. While it grabs the mantle of moralism, this worldview casually overlooks the vicious anti-Christian (and anti-human) policies of U.S. strategic “allies” like Saudi Arabia. It selectively chooses targets for reform — mainly Shi’ite movements backed by Iran, and secular dictators such as Saddam Hussein and Bashar Assad of Syria. Neocons’ passion for human rights seems to peter out when it comes to protecting religious minorities, such as the Christians of Iraq and Syria, who benefited from such secular regimes.

Liberal globalism, which claims that political Islam is “really” just a reaction against U.S. intervention and Western “islamophobia.” Hence we ought to atone for our past acts of “aggression” against Islamic countries, by ending sanctions against Iran, and allowing (or helping) Islamists to take over countries such as Libya and Egypt.

Trump represents a third tradition, which lacks a “sexy” ideological program. It can even sound outright cynical. Scholars call it “Realism,” and its goals are much more modest. It doesn’t want to pour U.S. blood and treasure into the sand, in the hope of turning the Muslim world into New Hampshire. Nor is it tortured by post-colonial guilt, and suspicious of Israel.

No, realism at its best promotes a modest foreign policy. It acknowledges that the U.S. is not the agent of all historical change. Neither for good (neocons) nor ill (globalists). Instead realists observe that we are a country. We have interests. And we have rivals. We have allies, insofar as they help us advance those interests. While we should promote, where it’s prudent, moral goals like liberty, we shouldn’t conflate them with our interests. Do that and you start treating your living, breathing citizens as means to abstract, ideological ends.

Looking at Iran right now, the realist inside me lights up with hope.

A realist would never have invaded Iraq unless he had a clear plan for replacing Saddam Hussein with a stable regime, which protected pro-Western minorities such as its Christians. Nor would a realist have bombed Libya to topple its stable, defanged dictator, Muammar Qaddafi. A realist would not have urged the fall of Mubarak in Egypt, or Assad in Syria, given the likelihood that his replacement would be worse.

Looking at Iran right now, the realist inside me lights up with hope. Here are the practical benefits to America of a change in that regime. You will see that they don’t conflict with our long-term moral objectives. If a better regime emerges in Iran, the U.S. will gain in the following ways.

Flowers of Hope in the Middle East

We won’t have to keep as many troops embedded in Syria. We keep them there now, aiding the Kurds, to prevent the Iranians from gaining a direct path to funnel aid to Hezbollah. That’s a Shi’ite militia that wages a vicious war against our allies in Israel.

We won’t need to align as closely with Sunni tyrannies such as Saudi Arabia and other Gulf states, to contain the expansionism of Iran’s Shi’ite regime.

In fact, we’ll be able to balance the claims of the region’s Shi’ites against those of its Sunnis. We could force Iran on the one hand, and the Gulf States on the other, to bid for our support.

They could “buy” that support in the coin of religious freedom for minorities. And less aid to anti-Israel terrorists and Islamist preachers. Maybe more willingness to take Muslim migrants, instead of turning them all away and building them radical mosques in Paris. There’s good reason to think that the new Saudi leader’s promises to rein in his clerics’ aggressive extremism is partly a bid for U.S. support. The Saudis, like the Turks, were stung by Trump’s refusal to back their play in Syria. Instead of aiding their radical jihadi militias in the overthrow of Assad, we dealt with the Russians and sided with the Kurds. That caused rage in Ankara, and panic in Riyadh.

Such outcomes would concretely benefit the U.S. in countless ways. They’d also make it less likely that we need to send troops in harm’s way anywhere in the region. And they’d increase our leverage to push for morally worthy goals such as protection for persecuted Christians, and an end to attacks on Israel.

So there’s a list of good reasons, grounded in prudence but pointed toward human flourishing, for Americans to wish the Iranian rebels a swift and unbloody triumph.