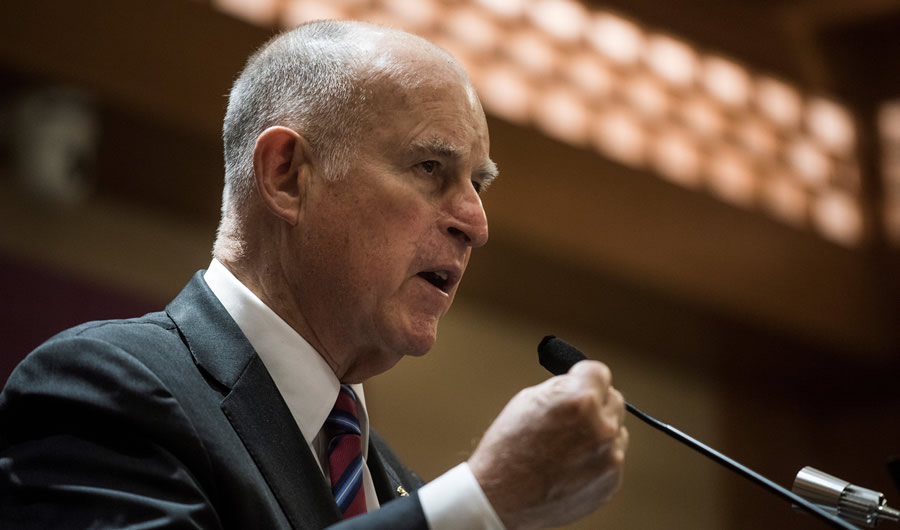 In this picture taken on June 8, 2017, California Governor Jerry Brown speaks during an energy policy conference in Beijing.

Wiener is also responsible for introducing a bill that gives jail time to certain Californians who refuse to use transgender pronouns.

Many in the transgender community reported difficulty in traveling when the gender on licenses and other identification conflicted with their appearance, according to a 2015 survey of U.S. transgenders. The survey included responses from only 27,000 people, less than a third of which identified as gender non-binary.

Wiener introduced and passed legislation that decreased the penalty for knowingly spreading HIV, and his bill to penalize Californians who refuse to use transgender pronouns will go into effect in January.

The law’s effect is limited to nursing homes and other long-term care facilities, but mandates that those who “willfully and repeatedly” refuse “to use a transgender resident’s preferred name or pronouns” can be slapped with a $1,000 fine and up to one year in prison, according to the California Heath and Safety code.

Known as the “LGBT Senior Bill Of Rights,” the legislation requires nursing homes and care facilities to allow residents to use the bathroom of their choice, regardless of biological sex. Religious views don’t hold weight in public areas, argues Wiener, the bill’s author.

“Everyone is entitled to their religious view,” Wiener said. “But when you enter the public space, when you are running an institution, you are in a workplace, you are in a civil setting, and you have to follow the law.”