You are here: Home / All News / Where better to praise God than when He helping them put out fires. 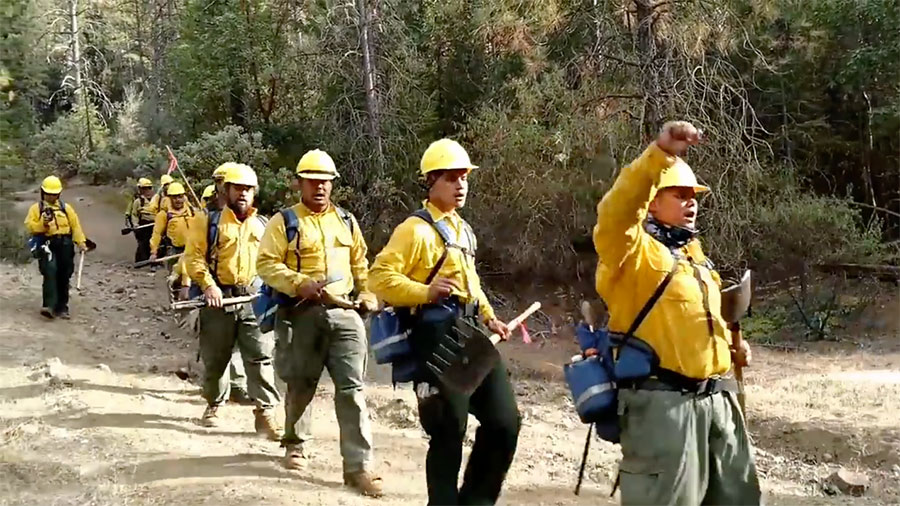 They were singing praises to God as they closed out a day of fighting the fires, thanking the Lord for his protection and guidance.

In a video now viral, a group of American Samoan firefighters, battling the raging blazes in California, sing a Samoan Christian hymn as they walk through the woods to a staging area.

The hymn is called “Fa’afetai i le Atua.” Set to the melody of “What a Friend We Have in Jesus,” its three verses apparently thanking the Father, the Son and the Holy Spirit.

It’s a haunting, beautiful experience. The clip opens on a forested landscape. Then you hear the voices in the distance approaching. Finally, you see the firefighters emerge.

They hail from Helena Fire Department’s Crew 61, reports Hawaiinewsnow. Hotshots specially trained to “respond to fires in remote regions with some of the roughest terrain.” The poster of the video claims they came straight from American Samoa, a high-trained crew respected across the nation. One Reddit commenter noted, “They are wildfire suppression experts that [go] into the hottest spots of the fire to put them out.”

Let’s watch them douse the day with praise. And as the video caption says, “Turn the volume all the way up.”