You are here: Home / All News / Bible-Christian.org, Will the US Finally Act to Protect Iraqi Christians?

Will the US Finally Act to Protect Iraqi Christians?

Even advocates for persecuted Christians won’t admit what Iraqi Christians need: their own army.

An alarming report from the European Parliament warns:

After the Kurdish independence referendum in late September, tensions are further increasing in northern Iraq. Statements that a time of negotiations would follow between the Kurdish Regional Government in Erbil and the Central Government in Baghdad have not been followed by action and former displaced citizens who returned to Nineveh are now forced to flee again. This time it is the population of the Christian city of Teleskof, who is now fleeing to the neighboring town of Alqosh.

After Kurdish forces refused to leave these places, civilians were urged yesterday to leave as soon as possible. The call came from the Iraqi army and Shiite militia groups on the Nineveh Plains. Later in the afternoon, fighting started between these groups and the Kurdish Peshmerga. Between seven hundred and one thousand Christian families, many with small children, were forced to flee for their lives. According to witnesses, several civilians have been injured.

An estimated 200,000 Christians remain in Iraq, down from over 1.5 million prior to the 2003 Iraq invasion, the majority of whom were forced to flee Mosul and other parts of the Nineveh Plains to the Kurdish-held north in 2014 as ISIS assaulted … .

Deemed the ancestral homeland of all Christianity, many of these Christian areas in the Nineveh now lie in the disputed areas between the Kurdistan Regional Government (KRG) based in Erbil, and the central government further south in Baghdad.

“This is probably the [Iraqi] Christians’ Waterloo,” a source within the region’s clergy system said to Fox News, also asking to remain unidentified for fear of retribution from Kurdish forces. “This is really the last stand.”

The source added, “Christianity could be wiped out from the region come tomorrow morning.” 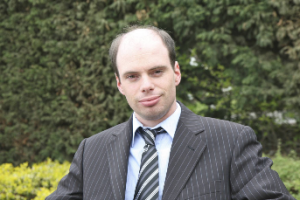 Worried by this news, I consulted The Stream’s Syria correspondent. Johannes de Jong works for a coalition of Christian Democratic parties in the European Union, Sallux. For several years, he has traveled regularly between his home in the Netherlands and the Middle East. His job? Coordinating the efforts to help Syrian Christians protect themselves from genocide. He has spearheaded The Stream’s exclusive coverage of the fight for freedom of the Syrian Christians. He has reported on how thousands of Syrian Christians live in peace and freedom. They wield local control over local issues, in the Kurdish-led Federation of Northern Syria. The soldiers of that Federation, the Syrian Democratic Forces, recently liberated the former ISIS capital of Raqqa.

The Stream: Who is menacing the Iraqi Christians? The Kurds? The Shiite (Iranian-backed) militias? The Iraqi government?  Are the Christians being targeted for their faith? Or are they simply trapped in the middle of a multi-sided ethnic fight for power?

De Jong: At this moment it is really the latter. They are trapped. On one side is the Iraqi army and Hashd Al Shabi (Shi’a/Iranian militia). On the other is the Kurdish peshmerga of Mr. Barzani’s faction, the KDP. The KDP Peshmerga seem to have deliberately dug into these Christian towns and villages. That made them an automatic target. Even before that, I’d noted myself during my last visit in September that the Hasd Al Shabi were intimidating local Syriac Christians in Bartella. Why? In part, because the U.S. never helped to create a unified Iraqi Christian protection force. So they are obvious targets for abuse.

Not All Kurds Cooperate with Christians

The Stream: In Syria, the Kurds and Christians have been cooperating successfully in the Federation of Northern Syria. Their joint military efforts in the Syrian Democratic Forces are crushing ISIS. What’s the relationship between Kurds and Christians in Iraq? Are there different Kurdish factions that treat Christians differently?

De Jong: The situation in Syria is really different from Iraq. In Iraqi Kurdistan, there is a continuing effort to keep the minorities under patronage control of the powerful factions. That means the KRG, or the government in Baghdad. It is really difficult for the minorities in all of Iraq to find a genuine voice of their own. This is the core reason for the weak position of the Christians. They get no military and political support as a people. Even the organizations that lobby for persecuted Christians are mostly unwilling to say this to Western Christian audiences. The Christians of Iraq need their own guns and militias, or they are helpless.

The Stream: The European Parliament report pointed to the violence in Teleskof, which was

one of the few positive examples of reconstruction and repopulation of Christian areas in Iraq. The fact that the city once again becomes a war zone and once again is emptied on its population is a hard blow to all Chaldeans/Syriacs/Assyrians. If violence is not stopped, it will not be possible to return to the Nineveh Plains and the Christian presence will be a mere memory.

In this context, the European Union and the United States must act immediately. Through all available political and diplomatic channels, clear messages must be communicated directly to Erbil and Baghdad.

The Iraqi government has a constitutional obligation to protect its citizens, including Christian communities. Shelling its own population in Christian cities is in direct violation of this obligation. All violence must be immediately terminated.

The Kurdish regional government has previously undertaken to evacuate the Nineveh Plain. Remaining Peshmerga must now immediately implement this withdrawal and leave the Christian cities and communities to which Kurds have no historical claim and legal right.

What is special about the Nineveh Plains for Iraqi Christians? Is that the heart of the Iraqi Christian homeland?  Is there any prospect of mass return for displaced Christians there?

De Jong: Before ISIS, the Nineveh Plain was indeed the prime and most important homeland of the Iraqi Christians. The fact that so many tried to return shows that. The Nineveh Plain is the only significant area where they are the clear majority. There is a prospect for return, even now. However there is one crucial condition: the whole Christian world needs to stand up and tell the U.S. to impose an emergency safe zone in the Nineveh Plain. That would also be an emergency buffer zone between the warring parties. It would allow for a cooling down of the situation. It would give sufficient time to find a permanent solution for the Nineveh Plain.

The whole Christian world needs to stand up and tell the U.S. to impose now an emergency safe zone in the Nineveh Plain.

De Jong: This is a serious problem, as I described above. The U.S. never equipped the Chaldean-Syriac-Assyrians directly. As a consequence they became dependent on local powerbrokers. Therefore they’re small and divided in their own security forces. This needs to change. Western Christians don’t know this because most of their advocates in the West refuse to talk about it. Perhaps they’re uncomfortable talking about arming Christians. But the results of this Western silence have been devastating to Iraqi Christians.

De Jong: As I said, the U.S. military should create an emergency safe zone across the whole Nineveh Plain right now. That will buy time to allow the Christians to come back home and build their own security forces. Stay until a political solution is implemented and the situation calms down. Try to include all Arab and all Kurdish parties as well, not just the ones with big power and big guns. The U.S. has not been very good at this more multi-party approach but it is critical as political empowerment of all will bring peace to all.

Localism Is the Answer

The Stream: You’ve reported for us on the success of a decentralized, Swiss-style government in the Federation of Northern Syria. Is there any hope of decentralized government and local freedom in Iraq as well?

De Jong: Interestingly, yes, there is. I heard of that even some Sunni Arab tribes are starting to ask for something like this. Some of them are even implementing it at local level. It is essential that the Iraqis get the opportunity to discover the power of local control. That defuses conflicts, and saves lives. It is the only way to end the cycle of dominance and violence. At the end of the day, every group suffers thank to the centralizing mentality, and the top-down oppressive political structures it yields.