You are here: Home / All News / You can not put a price on human life!

Who Knows the Moral Value of a Fetus? Well, I Do. 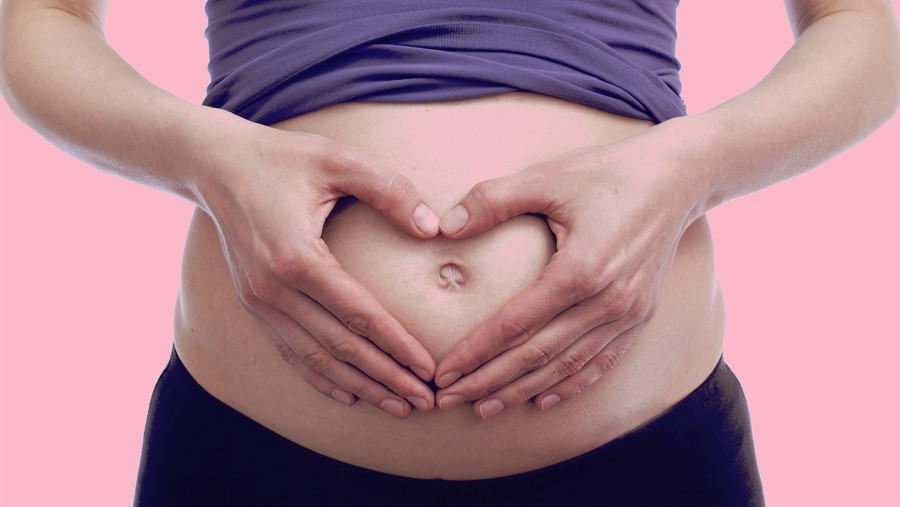 I lost a baby this week.

I was pregnant. A stunning, surprising, totally unexpected pregnancy. These things just don’t happen at my age, they said. That time in my life was ending, they said. I’m too old for this. The statistics were grim and the odds were not in our favor, they said. This little baby had the cards stacked against him from the start.

And yet … God gave us a new life. And we rejoiced in the gift.

I dreamt of little fingers and toes and that heavenly, intoxicating scent of a new baby’s head. I could already feel the warmth of a soft little body snuggling into my arms. These are the irresistible hopes that make the crushing nausea of early pregnancy worth enduring.

There was a beautiful, flickering little heartbeat. A miracle in the making, hidden away in darkness, yet flashing right there on the screen. Here I am! I’m alive!

In a culture that worships abortion the way ours does, grieving the death of a tiny unborn child is an intolerable blasphemy.

It’s useless to tell yourself you won’t get your hopes up. Of course you will. There’s no such thing as protecting yourself from the pain of potential loss. That isn’t how love works.

Love means you open yourself up not just to the wonder, but also to the wound, and accept it if it comes.

And it came. Our hearts are wounded with loss. That little tiny heart flickering away inside me fell silent and still. The Lord gave and the Lord has taken away.

I can’t fathom what God’s purpose has been in all of it. But that little soul, in that very tiny body, for such a short time on this earth, is not wiped from existence. God doesn’t create and then throw away. He discards no one. I won’t understand it on this side of heaven, but I know Him, and I trust Him, and that’s enough for now.

In a culture that worships abortion the way ours does, grieving the death of a tiny unborn child is an intolerable blasphemy. The culture of death says I’ve lost nothing of any value, certainly not a person to be mourned.

In the era of disposable human beings, this little one who never breathed air, never spoke, never walked, never did anything at all, is just worthless tissue to be flushed down the drain. 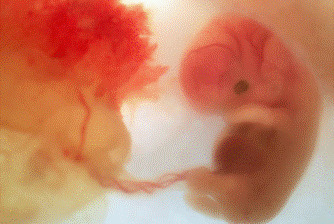 Do You See Humanity Here?

You and I were once this small. And we were human then, just as we are now. Our human worth was inherent to us from the very first moment of our creation, irrespective of time and growth.

It’s a humble, yet unspeakably amazing, beautiful beginning. (We should never despise humble beginnings.) Life, even when no larger than a sesame seed or a peanut, is sacred.

I don’t care a whit about the opinion of those who would mock me for expending emotional energy and tears over some “thing” they deem a parasite or just insentient “tissue.” I’m not asking anyone to be sad with me.

I do insist, though, that you look at that photo and see humanity. Look at that small child and see a human being. If you cannot, then it’s not your vision in need of correction. It’s your soul. If you cannot acknowledge the humanity of the weakest and the smallest, then you have no grasp of humanity at all.

Something Worse than Suffering

We will be harshly judged for the way we treat the most vulnerable, and there is no one more vulnerable than the child in the womb. It does not make us enlightened that we measure progress and victory by how easy it is to invade the womb with weapons and destroy the fragile life within. It makes us barbaric and inhuman.

There is something worse than suffering a loss. Far worse is an entire society devoted to the continued slaughter of its own children, employing euphemisms with great zeal to disguise the brutality, ease the prick of conscience, and assuage the burden of guilt.

Nothing could be worse than a society too dulled and hardened to even feel the loss.

We use scissors and scalpels and suction to enslave those weaker than ourselves, and yet somehow we feel superior to those who used whips and chains.

Today every pregnant woman is surrounded by con artists who sell her a lie for their own gain. These professional thieves persuade mothers to pay them to steal her child’s life. Paid assassins masquerading as doctors and champions of “women’s rights.”

Indignant About the Past, Oblivious to Our Own Guilt

It’s fashionable today to be morally outraged at the sins of past generations which we now find too outrageous to have ever been tolerated. How blind and deluded we are to think we can sit in judgment on slave owners or Confederate soldiers and rail against the inhumanity of their actions!

We are oblivious to the mountains of tiny corpses we stand on today, and the fact that we’re in blood up to our necks. We butcher human beings who cannot scream. Babies just like mine, every day, are bombed with chemicals designed to kill, then suctioned out, and literally thrown away.

We use scissors and scalpels and suction to enslave those weaker than ourselves, and yet somehow we feel superior to those who used whips and chains.

We stand around feeling terribly clever for debating the moral value of an embryo or a fetus. It makes us deep thinkers, analytical masterminds or something. Really it exposes our real motives for what they are: We deny the humanity of every human we want the right to kill.

I will mourn my little child, and my arms will ache for a while. But I am blessed because I know the eternal value of human life. It’s our society that is wretched and empty, because we despise the gift.

Take another look at that photo. That’s fragile, beautiful, awesome humanity, and it’s worth everything.