You are here: Home / All News / Why can’t we get it right about school shootings BEFORE they happen? 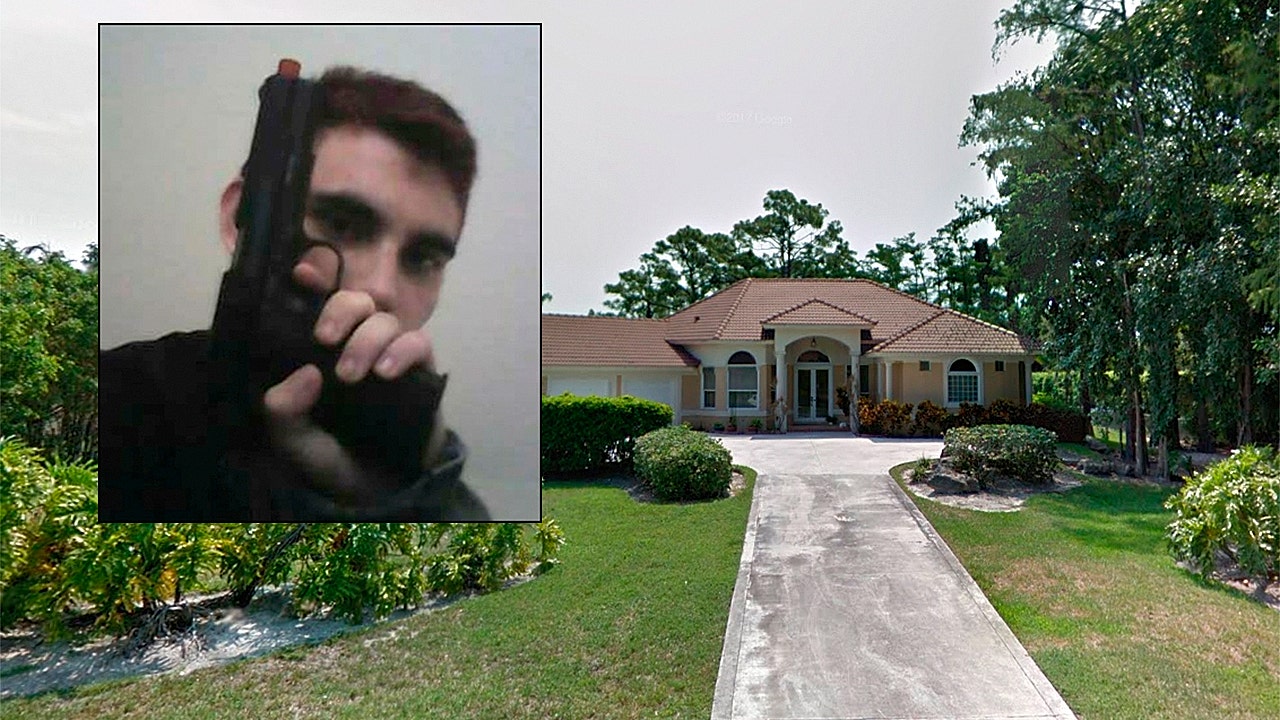 Could the FBI have stopped Nikolas Cruz?

Nikolas Cruz, the 19-year-old accused of killing 17 people at his former Florida high school, had scores of run-ins with law enforcement dating back to 2010 — with one report saying sheriff’s deputies responded to his home more than 35 times in just six years.

Broward County Sheriff’s deputies received at least 36 emergency 911 calls from 80th Terrace St., in Parkland – the suburban address where the teenager lived with his…

The FBI revealed Friday that they received a tip last month that Nikolas Cruz, the 19-year-old accused of killing 17 people on Valentine’s Day, had a gun, wanted to “kill people” and had the “potential of him conducting a school shooting.”

The FBI admitted it did not follow proper protocol as the information was not provided to the Miami field office and “no further investigation was conducted at the time.” 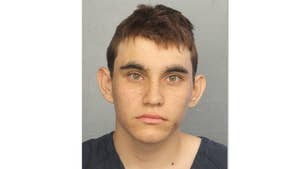 “We are still investigating the facts.  I am committed to getting to the bottom of what happened in this particular matter, as well as reviewing our processes for responding to information that we receive from the public.  It’s up to all Americans to be vigilant, and when members of the public contact us with concerns, we must act properly and quickly,” said FBI Director Christopher Wray.

Cruz had scores of run-ins with law enforcement dating back to 2010 — with one report saying sheriff’s deputies responded to his home more than 35 times in just six years.

The calls – dating as far back as 2010 and continuing until November 2016 – shed a light on two erratic and violent boys who repeatedly “threw items,” were “out of control” and fought with their mother and each other on an apparently regular basis.

“He is a deeply troubled young man; a child that has endured significant loss,” Gordon Weekes, chief assistant for Broward County’s public defender’s office, told reporters Thursday. “He fell between the cracks and we have to try to save him now.” 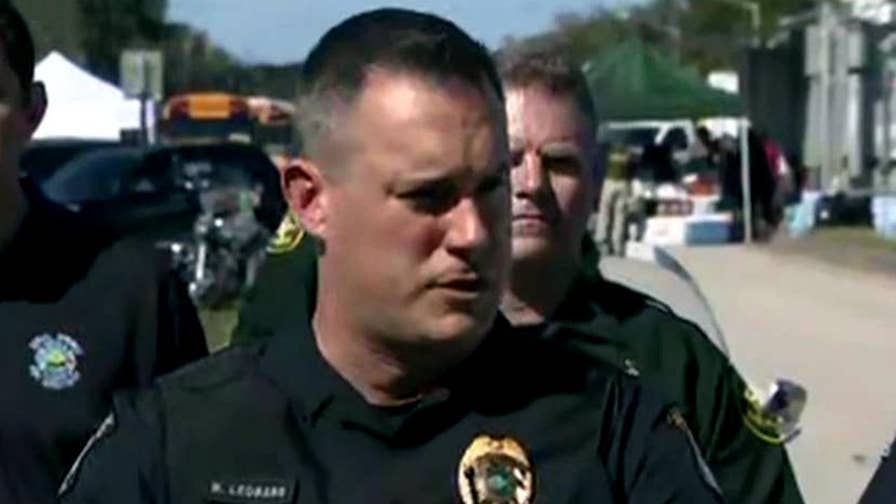 NIKOLAS CRUZ WAS LIVING WITH HS STUDENT IN MONTHS LEADING UP TO MASSACRE, ATTORNEY SAYS

Despite the repeated calls to authorities, Cruz was never arrested – and was basically cleared as being “no threat to anyone or himself,” as one therapist said in a police report from Sept. 28, 2016.

In that particular call, the sheriff’s office said Nikolas and his mother were fighting over paperwork needed for him to get an ID card

In their report, deputies detailed how the teen had been harming himself and had talked about buying a gun.

“He had been cutting his arms, his mother said, to get attention, as he learned it from an ex-girlfriend,” deputies said. “He has mentioned in the past that he would like to purchase a firearm.”

The therapist on scene, Jared Bienenfeld with Henderson Mental Health, and the deputies concluded there were “no signs of mental illness or criminal activity.”

And much like the calls before – which were placed due to reasons ranging from the brothers beating each other to Cruz, at the age of 12, threating his mother and calling her a “useless b****” – law enforcement left without taking any further action. 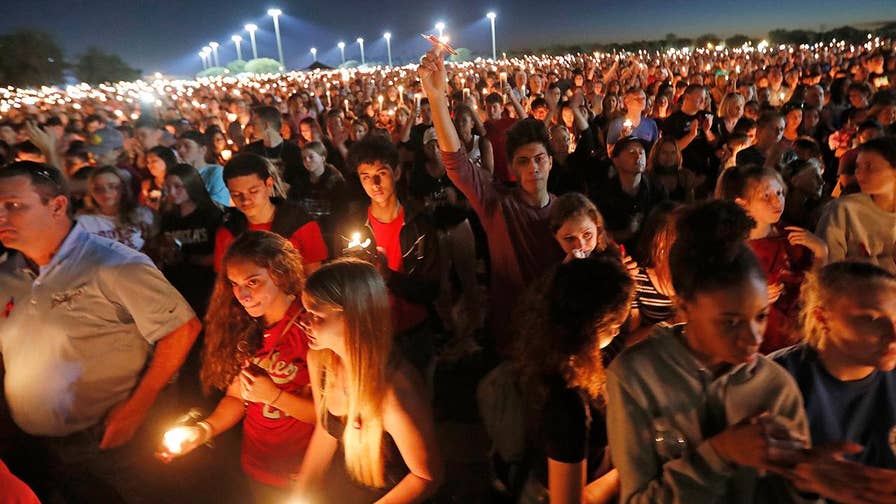 Cruz was never arrested until this Valentine’s Day when he allegedly walked into Marjory Stoneman Douglas High School with a gas mask, smoke grenades and multiple magazines of ammunition before firing an AR-15 at students and faculty members.

He was charged with 17 counts of premeditated murder on Thursday and is being held without bail.

In the aftermath of the attack, revelations about the teen’s alarming warning signs appeared to be repeatedly missed — despite the cop calls, a report to the FBI based on a social media posting, his former classmates expressing fear of him and a documented history of mental health issues.

TRUMP: ‘SO MANY SIGNS’ FLORIDA SHOOTING SUSPECT WAS ‘MENTALLY DISTURBED’

“I think everyone had in their minds if anybody was going to do it, it was going to be him,” Victoria Olvera, a 17-year-old junior at the school, told the Sun-Sentinel. 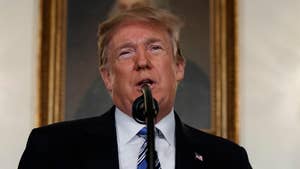 According to reports, Cruz and his brother both suffered from mental health issues, including ADHD and OCD, and took medication as treatment. Cruz’s lawyer said Thursday her client was “a broken human being” and the team was looking into an evaluation for autism. Nikolas had sought treatment at Henderson mental Health Clinic and had previously attended a school for students with behavioral problems, BuzzFeed reported.

Despite these issues, Cruz was able to legally purchase the AR-15 he used in the mass shooting. Attorney Jim Lewis told the Sun-Sentinel that the teenager already owned the gun when he moved in with his friend’s family around Thanksgiving, after his mother died this past November.

“It was his gun,” Lewis said. “The family made him keep it in a locked gun cabinet in the house but he had a key.”

Trevor Hart, 16, who knew Cruz from his Spanish class at Marjory Stoneman, told the Sun-Sentinel the alleged killer seemed “a little off” and talked about shooting lizards, squirrels and frogs. 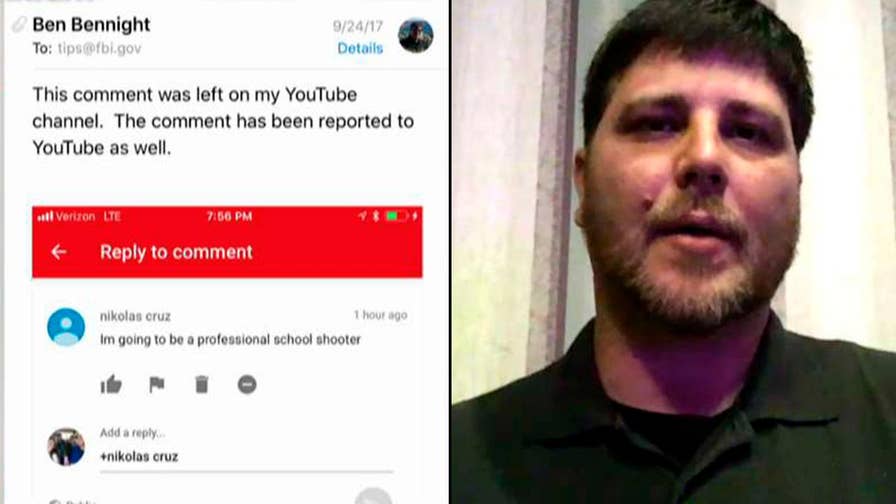 Cruz was expelled from Marjory Stoneman last year for “disciplinary problems,” with one report saying bullets were discovered in his backpack at one point.