You are here: Home / All News / You can’t say it is a boy or girl anymore when they are born because they may change their minds later.

A pediatrician wants the entire population to suspend reality for the perceived struggles of a few. 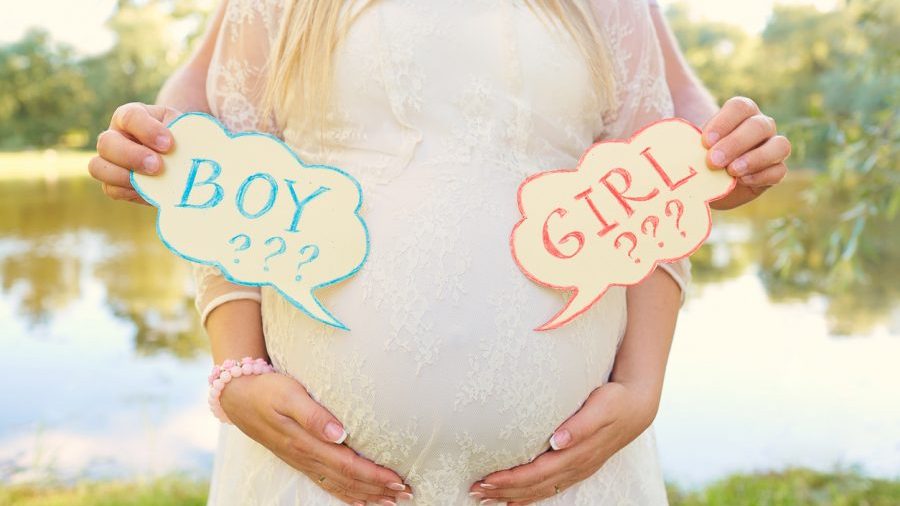 You knew it had to happen sooner or later. A respected pediatrician has warned against announcing “It’s a girl!” or “It’s a boy!” at birth, or when the sex is visible on an ultra-sound. Why? Because “there are scenarios in which a sex assignment may later be questioned or reversed, leading to a significant amount of distress.” In other words, the child might later identify as transgender. By “assigning” it the wrong “gender” at birth, you do the child much harm.

As reported by Mary Hasson in The Federalist:

In the November 2017 issue of Pediatrics, Dr. Leena Nahata, a pediatric endocrinologist at the highly ranked Nationwide Children’s Hospital in Columbus, Ohio, sounds the alarm about the “gender reveal” phenomenon. She warns that a sonogram posted to Facebook, or a party to announce the unborn child’s sex, is a hazard to “pediatric health.” So is the traditional delivery room cry of “It’s a girl!” or “It’s a boy!”

Nahata isn’t concerned about blurry sonograms that fail to capture anatomical details. She’s also not really talking about infants born with “atypical” genitals, requiring further tests to determine if the baby is a boy or a girl. (She acknowledges that those cases are so “rare” that they occur just once among “4500 to 5500 infants” — i.e., in about 0.02 percent of newborns.) No, Nahata wants parents to embrace a trans-friendly world premised on the idea that “[r]egardless of gender assignment at birth, some kids may later identify as the opposite gender.”

This is typical of what I call “transanity.” Transgender activists want to turn the whole world upside down because of the perceived struggles of less than 1 percent of the population. They want to deny the reality that biological sex corresponds to gender identity in roughly 99 percent of all human beings because of the emotional and mental distress experienced by roughly 1 percent.

That would be like removing colors from street signs and stop lights because some people are color blind. As explained by the National Eye Institute,

Most of us share a common color vision sensory experience. Some people, however, have a color vision deficiency, which means their perception of colors is different from what most of us see. The most severe forms of these deficiencies are referred to as color blindness. People with color blindness aren’t aware of differences among colors that are obvious to the rest of us. People who don’t have the more severe types of color blindness may not even be aware of their condition unless they’re tested in a clinic or laboratory.

This same site reports, “As many as 8 percent of men and 0.5 percent of women with Northern European ancestry have the common form of red-green color blindness.”

Despite these facts, we still make distinctions based on colors. Even though a small minority of the population cannot see those colors at all — or, at the least, cannot distinguish them clearly as colors. Why? Because the vast majority of people can see the distinctions clearly. They are quite useful in conveying a message.

We need to affirm and celebrate gender distinctions while we continue to search for ways to help those who struggle with their gender identity.

Transgender feelings still don’t have a definitive test. They cannot be definitively linked to biology or chromosomes. And yet a pediatrician wants us to suspend reality for 100 percent of the population just in case it will help the 1 percent of the population with these feelings. This is social madness. Especially when we realize how far the idea that “perception equals reality” can go. (I’ve addressed this many times before. But this one video illustrates the madness that ensues.)

And if we can’t identify whether the child is a boy or girl (which, I thought, tied in with sexual realities, not just with perceptions), what then do we name our children? Should we give them a male first name and female middle name? Then they can switch if desired later in life. Or should we give them gender-neutral names? And what about toys and clothes? Do we try a little of each to see which they prefer?

As much as I intend these questions to expose Dr. Nahata’s ridiculous proposal, they are also real, practical questions these days. Some parents choose not to list their child as male or female at birth, giving the child a gender-neutral name. Parents magazine even ran an article titled, “Should You Raise a Gender-neutral Baby?” The madness is being normalized.

As reported in May by CBN News,