You are here: Home / All News / David in the Lions den of PP.

How to Keep Your Soul Intact While Investigating Planned Parenthood: An Interview With David Daleiden 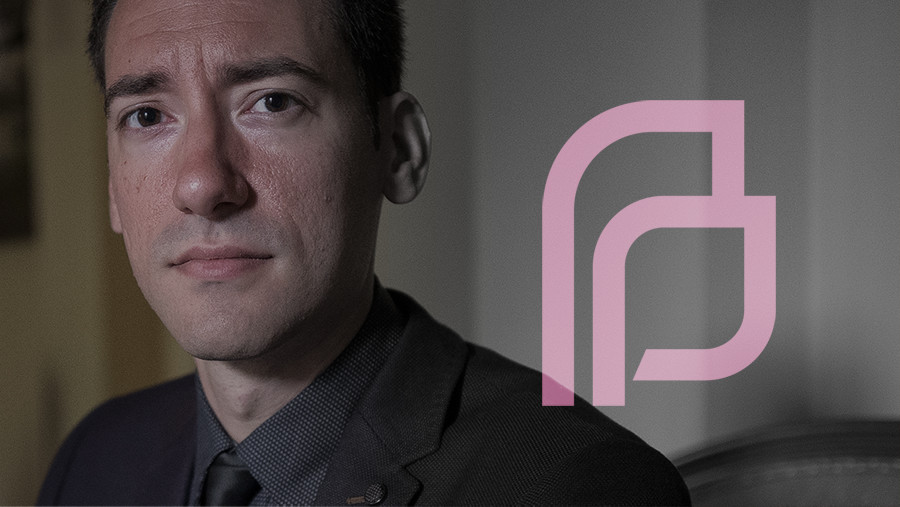 Yesterday I had the pleasure and privilege of stepping in for Eric Metaxas. I guest-hosted his deservedly popular national radio show on Salem. I’ll be recording six segments this week, each with a guest whom I’ve chosen. I didn’t pick them lightly. Because each has something important to say, I’m devoting the next few columns to unpacking what they offer.

On Tuesday I was honored to interview David Daleiden. You’ll remember him as the man whom the State of California is torturing its laws to try to imprison. Why? Because he committed a kind of blasphemy. He criticized one of the few institutions still held as sacred by that state’s elites: Planned Parenthood.

For that act of journalism, he and his partner Sandra Merritt have been charged with almost two dozen felonies. (The same absurd charges were also filed by corrupt prosecutors in Houston, but quickly dismissed.) Daleiden recounted how “storm troopers” invaded his home and seized all his computers and research data. I was relieved to hear that he’d backed them up off premises.

You’ll remember that Daleiden and the Center for Medical Progress have released, over time, the honest footage from some 18 months of deep undercover work. In it, they posed as medical entrepreneurs who wished to profit from selling the body parts torn from unborn children. The reactions of mainstream media were textbook examples of denial, fake news, disinformation and agitprop.

In one of the highlights of my hour with Daleiden, I learned which source Planned Parenthood used when it tried to discredit the videos as “fakes.” It was Fusion GPS, the same opposition research guns for hire who cobbled together the “garbage pail dossier” that put Donald Trump in disgusting sex acts with Russian hookers. Even Fusion couldn’t find any evidence that the videos were doctored in any way. That didn’t stop Planned Parenthood from putting out press releases that claimed they were. That was enough for most news venues, which when they couldn’t suppress all knowledge of the videos were desperate to discredit them.

Some other highlights from our conversation: I asked Daleiden what kind of blowback he suffered as the videos trickled out. It was heartwarming to hear that some 90 percent or more of the people who contacted him were in fact supportive. It seems that the prayers in which millions of grateful prolifers wrapped Daleiden and his team had their effect. For someone in the very center of the crosshairs of our country’s Culture of Death, he’s amazingly serene. That comes, I have read, from a deep prayer life he nurtures through the liturgy. God bless him.

The question I most wanted to ask Daleiden was this: What was it like to put on a different identity, to burrow into the dark world of organ trafficking and abortion? How could he manage it, day in and day out, for more than a year? We’ve all seen TV movies about the harsh impact that undercover work can have on police. What sustained him in his journey through the darkness?

The answer almost staggered me. It told me why someone like him, not someone like me, was the person whom God called to do this crucial work. He said that he kept in the front of his mind that his work was an act of love. Not just for unborn children. But also for the people who worked at Planned Parenthood. They had found themselves in a horrible and diabolical place.

Working for the Souls of Abortionists

Unlike most facile supporters of abortion, these doctors and nurses faced day to day the stark reality: That unborn children are human. It’s hard to pretend otherwise when you’re not dealing with Latinate words like “fetus.” No, you’re collecting little livers and lungs and brains. Little eyes that seem to look back at you. He said that he could tell that many abortion providers he dealt with were haunted by what they did. The few who seemed callous and flippant, he admitted, were “really scary.”

But most of the people he met with and talked to were much like you and me. Except that they work as the clean up crew for the Sexual Revolution. So they know as well as a pro-life activist the price that comes with our fleeting pleasures.

I encourage Stream readers to listen to the interview on podcast.