You are here: Home / All News / It is time to stand up to and against LGBTQXYZ!

A Prophetic Warning to Christian Educators

How can you train your students to stand fast for the gospel, no matter what, when you have chosen to compromise rather than suffer loss? 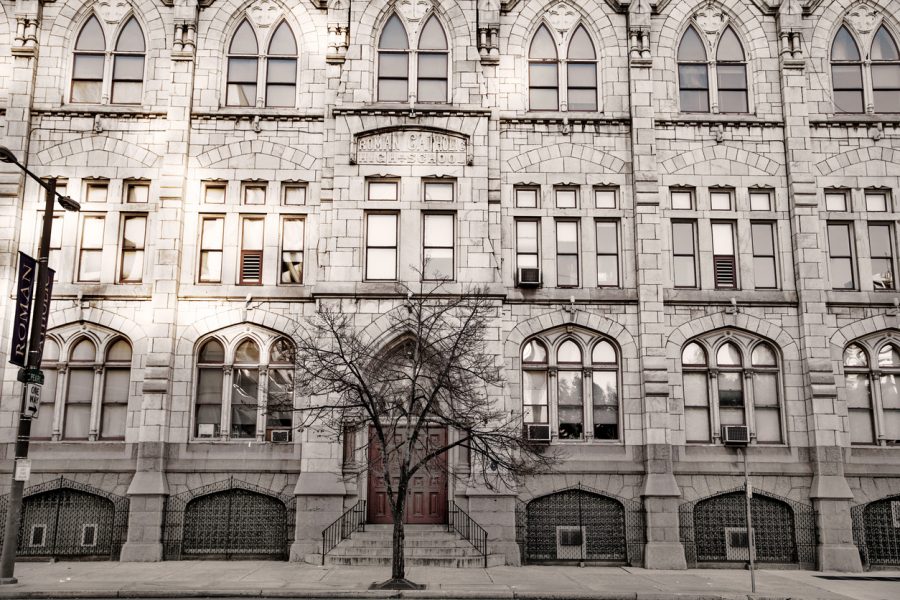 By Michael Brown Published on August 3, 2017 • No Comments

Time and again in the Gospels, Jesus warned His listeners, “For whoever would save his life will lose it, but whoever loses his life for My sake will find it” (Matt. 16:25). This applies directly to our Christian colleges, universities, and seminaries. If we try to “save our lives” by capitulating to worldly standards, we will “lose our lives” in the process.

More than 20 years ago, a fellow-Old Testament scholar talked with me about the challenges his seminary was facing. At that time, there was a dispute about women in ministry. His school was receiving some pressure over the issue. But that, he explained, was minor.

After all, what’s the use of being accredited as a seminary if you no longer uphold scripture? What’s the use of being recognized by people when you are no longer recognized by God? How can you train your students to stand fast for the gospel, no matter what, when you have chosen to compromise rather than suffer loss? And what will you say to Christians around the world who refused to renounce their faith with a gun to their heads when you surrendered your principles at the threat of a non-violent educational agency?

In an article in First Things last month, Carl Trueman, himself a seminary professor, warned that “the cultural Battle of Waterloo will be won — or lost — on the campuses of Christian colleges.”

If we cave in here, that is probably evidence that we have already caved in elsewhere.

What if the schools are told they cannot uphold their codes of sexual morality for faculty and students? What if some of their classes are deemed unacceptable? What if they are required to change their housing regulations? What if they are directed to expand their view of “gender,” following in the steps of a school like Princeton, which now gives six gender options to their students (including “other”)?

Conservative journalist Rod Dreher echoed Trueman’s concerns in two articles. In the first he quoted extensively from Trueman and noted that “Dialogue is not possible with power-holders who think you are evil and that goodness requires you to be crushed” (his emphasis).

Then, in his second article, he responded to a Christian college professor who seemed to suggest that there might be some constructive compromises to make. Dreher closed with a dire warning: “Neuhaus’s Law holds that, ‘Where orthodoxy is optional, orthodoxy will sooner or later be proscribed.’ You watch: Within 10 to 20 years, every college involved in this conversation that believes that Christian orthodoxy on the LGBT issue is optional will have become a college where Christian orthodoxy is anathema.”

Dreher has hit the nail on the head, whether his time frame is accurate or not.

‘A Man Dies When He Refuses to Stand’

In the height of the Civil Rights movement, followers of Dr. Martin Luther King, Jr., paid a high price for their non-violent resistance. It was a costly stand to take. Some of the leaders recommended that they step back from their activism, because of the very real risks they were taking.

King addressed these concerns in a classic speech in Selma, Alabama March 8, 1965. Speaking to a packed house in a church, with others listening outside, he said this:

If a man happens to be 36 years old as I happen to be and some great truth stands before the door of his life — some great opportunity to stand up for that which is right — he’s afraid his home will get bombed or he’s afraid he will lose his job or he’s afraid that he will get shot or beat down by State Troopers; he may go on and live until he’s 80 but he’s just as dead at 36 as he would be at 80 and the cessation of breathing in his life is merely the belated announcement of an earlier death of the spirit.

Note again those highlighted words, which articulate the warning of Jesus about trying to save our lives. To cave in is to lose our soul — to lose our integrity, our principles, our heart. To compromise and capitulate is to lose our honor, even more, to lose our freedom.

Will we live as free people before God? Or will we be slaves to the praise of man or the approval or man? Will we do what is right, or what is expedient? (Here’s a great moment to ask yourself, “What would Jesus do?”)

In my forthcoming book Saving a Sick America: A Prescription for Moral and Cultural Transformation, I devote one chapter to the subject of “Reclaiming Our Schools and Learning How to Think Again.” There, among other things, I address the issue of bowing down to the accreditation system. As I write, we must “develop more Christian alternatives for undergraduate and graduate studies, with the end goal of either influencing current accreditation institutes (which often lean left) or rendering them unimportant.”

Barring a radical turning of the cultural tide in the next 10 years, Christian schools will face increasing pressure to conform or else.

And as an educator and professor myself, I addressed the issue of bowing down to the god of secular academics: “But why must the state (or accrediting agency) set the standards? What if that school has a unique purpose and function? What if it needs to major on things the state considers minor and minor on things the state considers major? Why must it conform? To offer degrees, of course! This too is idolatry.”

The bad news is that, barring a radical turning of the cultural tide in the next 10 years, Christian schools (all the way down to elementary education) will face more and more pressure to conform. The good news is that we can set our own course by choosing to do what is right. And if we will honor and uphold God’s principles, He will bless the labor of our hands.

Eventually, either those opposing us will blink, or we will establish something new and better that displaces the old system. After all, weren’t schools like Harvard and Yale and Princeton and many others founded by Christians?

Rod Dreher and I agree on the urgency of the hour. We recognize how sickly the patient (our nation!) is right now. But we differ on the prescription for the patient, he in his book The Benedict Option and me in Saving a Sick America.

He writes in his book, “Could it be that the best way to fight the flood is to … stop fighting the flood? That is, to quit piling up sandbags and to build an ark in which to shelter until the water recedes and we can put our feet on dry land again? Rather than wasting energy and resources fighting unwinnable political battles, we should instead work on building communities, institutions, and networks of resistance that can outwit, outlast, and eventually overcome the occupation.”

Yet his recent articles, focusing on the predicament of Christian schools, remind us that we must fight the flood today. Do we really have a choice?

So, while Dreher calls us to retreat and rebuild, I believe we must do the opposite. We must shine ever more brightly in the heart of the darkness and refusing to bow down to the pressure of the world, fortified by our faith in God.

The only question is: Will we? That’s a question Christian educators cannot avoid.

Share to FacebookShare to TwitterShare to PrintShare to More1