You are here: Home / All News / Fake News Media!

A look at the biggest moments from the event.

President Trump on Sunday slammed “the Fake News Media,” which he called “out of control,” after a string of major errors in reporting on his presidency emerged over the past week.

“Very little discussion of all the purposely false and defamatory stories put out this week by the Fake News Media,” he tweeted. “They are out of control – correct reporting means nothing to them.”

The president continued, “Major lies written, then forced to be withdrawn after they are exposed…a stain on America!”

Trump’s comments came after a Washington Post reporter tweeted a misleading photo about the crowd size at Friday’s rally in Pensacola, Fla., during which Trump took aim at ABC News’ Brian Ross and CNN.

In a now-deleted tweet, the Post’s Dave Weigel posted a photo of a half-empty arena to mock Trump for saying the rally was “packed to the rafters.”

But that photo was not taken while Trump was speaking. Trump tweeted photos showing the arena when it was full.

“[email protected] @washingtonpost put out a phony photo of an empty arena hours before I arrived @ the venue, w/ thousands of people outside, on their way in,” he tweeted. “Real photos now shown as I spoke. Packed house, many people unable to get in. Demand apology & retraction from FAKE NEWS WaPo!”

Weigel tweeted, “Sure thing: I apologize,” saying he deleted the photo after another reporter informed him he had “gotten it wrong.”

Trump later called for Weigel to be fired.

“They took this fraudster from ABC — they suspended him for a month,” he said. “They should have fired him for what he wrote.”

Ross was suspended for four weeks without pay after he reported that former national security adviser Michael Flynn had been directed by Trump — when he was a candidate for president — to make contact with the Russians. ABC News later corrected the report to note that the order to Flynn came when Trump was already president-elect. 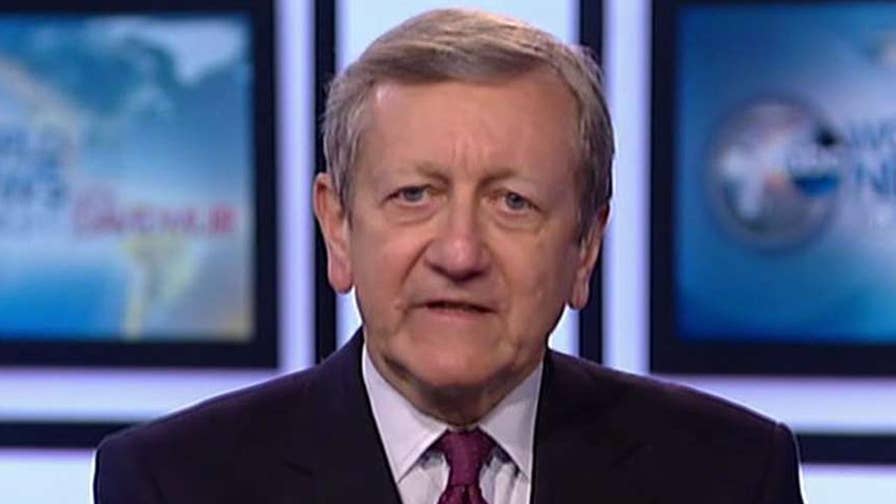 Trump also said Friday that CNN had apologized “just a little while ago” for a reporting error.

“They apologized! Oh thank you, CNN. Thank you so much. You should have been apologizing for the last two years,” he said.

CNN had to correct a story that suggested the Trump campaign, including Donald Trump Jr., had been tipped off early about hacked DNC emails from WikiLeaks when it later emerged that the alert was about material already publicly available.

CNN responded, “CNN’s initial reporting of the date on an email sent to members of the Trump campaign about Wikileaks documents, which was confirmed by two sources to CNN, was incorrect. We have updated our story to include the correct date, and present the proper context for the timing of email.”

No disciplinary action will be taken in the matter, a CNN official said in a tweet.

On Saturday, Trump accused CNN of “a vicious and purposeful mistake.”

Fox News’ Brian Flood and The Associated Press contributed to this report.