You are here: Home / All News / Could this be the first Pope to Support abortion? 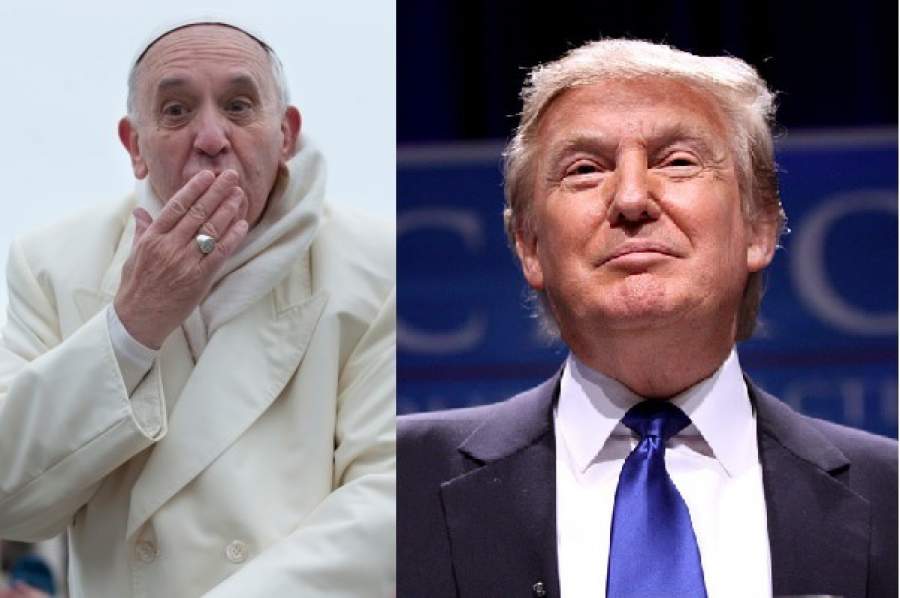 In a move that surprised many U.S. Catholics, Archbishop Marcelo Sanchez Sorondo, head of the Vatican science and social science academies, announced an upcoming conference. It’s called “Security of Nations and Defending the Common Good: Immigration, National Sovereignty, and Citizenship.” The event will be held in Rome November 2-4.

It will feature academics who study how to reduce the flow of people from one country to another. Also invited are specialists in border security and wall construction. Keynote addresses feature several leading Republican politicians from Texas who back Donald Trump’s immigration policies. Sorondo defended the move, saying:

The Church clearly teaches that nations have a right and duty to protect the common good by establishing requirements for immigrants. And limits on their numbers. Also that immigrants have duties. They must obey the laws of the countries they hope to enter. They must pay taxes. And respect those lands’ material and spiritual heritage with gratitude. It’s all there in the Catechism (#2241). We reject the reckless statements by some advocates of unlimited immigration. They make a caricature of Catholic teaching. Some have even acquainted those concerned with the impact of mass immigration with infamous murderers such as Herod or Cain. It’s time to rein in such adolescent, Manichean rhetoric.

Nah. None of the above is true. The Vatican has adopted a stance toward immigration that is 180 degrees opposed to the plain words of the church’s own binding Catechism. Following its lead, bishops conferences in developed nations like the U.S. push for de facto open borders. As for the Manichean rhetoric accusing immigration skeptics of murder … that comes from a speech by Pope Francis.

The Vatican has adopted a stance toward immigration that is 180 degrees opposed to the plain words of the church’s own binding Catechism.

But there will be a conference. The Vatican science office run by Archbishop Sorondo is hosting not an immigration but a population control conference. It’s inviting supporters of abortion, sterilization and China’s coercive population policies. The politicians it’s inviting are not border control Republicans from Texas, but pro-abortion Democrats from California.

So wipe off the coffee you spewed on your PC screen. Everything is back to normal. As LifeSiteNews reports, the real guests at the real conference include the following worthy members of the globalist eco-oligarchy:

Vatican invitee Jeffrey Sachs made a plea for legalizing abortion as a cost-effective way to eliminate ‘unwanted children’ when contraception fails in his 2008 book Commonwealth: Economics for a Crowded Planet.

So that’s all okay, then. I have studied Catholic doctrine all my life and published seven books on it. So I understand perfectly where Archbishop Sorondo derives his logic. Let me break it out into the old-fashioned language of the Baltimore Catechism:

Q: Is it right for states to try to control the number of people who enter their borders?

A: No, because Jesus was a Palestinian refugee. And the Bible says you shall not oppress the alien (Exodus 22: 21)

Q: The same book of the Bible says that we have to execute witches, just three lines before that. (Exodus 22: 18) May we do that, too?

A: No. That’s absurd and outdated.

Q: May we try to diminish the number of children which every married couple on earth has, by using government coercion and pressure?

A: Yes, because human beings are a threat to the earth. Their consumerist lifestyles, capitalist greed, and voracious air conditioners are killing the polar bears.

Q: What about the many scientists who question that hypothesis? They say that the climate has always changed. That the computer models used to predict the climate 100 years from now can’t even get next year’s average temperature right.

A: You’re obliged to accept the consensus of scientists because Pope Francis has. His teaching authority is just as binding here as it is on abortion.

Q: But you’re inviting abortion proponents to the conference. Not to mention boosters of contraception — which, last time I checked, the Church opposes. Are you inviting any climate catastrophe skeptics, too?

A: No. There is a limit. We don’t welcome extremists or cranks.

Q: So Western countries have to keep their borders open to unlimited immigration. But if we are worried about the sheer numbers, we have a morally acceptable recourse. We can use global agencies and government pressure to get people in poor countries to have fewer children?

A: It is not Christian to build walls.

Q: How many refugees does the Vatican accept as citizens?

A: Our citizenship is different. It’s special. Unlike yours.

Q: Would you admit Syrian refugees as Vatican citizens? Maybe let them vote themselves benefits from the Vatican’s treasury? Could they vote to sell off your churches and museums?

A: No. We are guarding a sacred heritage for all mankind.

Q: But America isn’t? Or Poland?

A: No. Those are just names on maps. If someone wants to move from one place to another, you have no right to stop him.

Q: But I can try to keep him from breeding?

A: No more questions. You are clearly not a Christian.