You are here: Home / All News / Freedom from Religion Foundation Slams Clergy, Says ‘Collapse of Churches’ Would Do No Harm 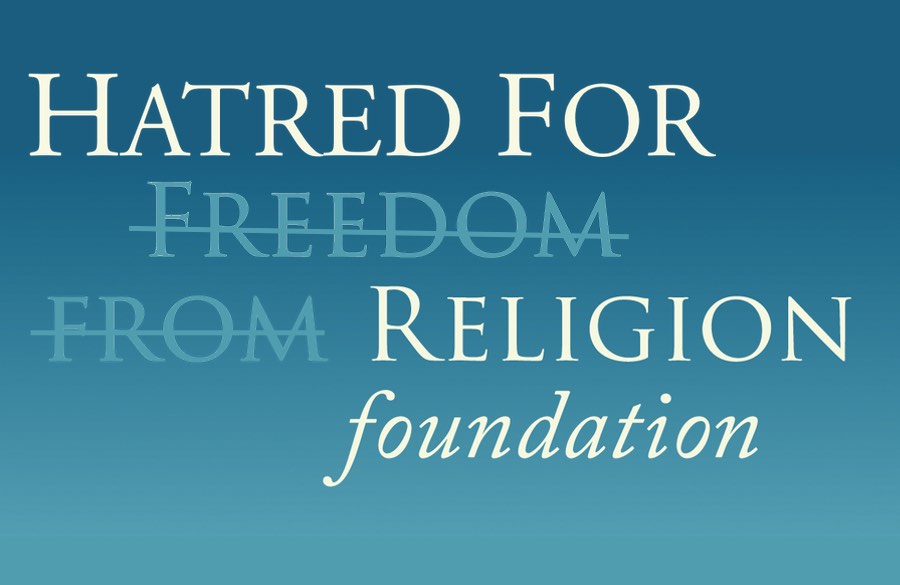 Their letter seeks to inform Acting Secretary Wolf that clergy’s role “does not remotely touch on infrastructure, energy, transportation or medicine.” It says,”The collapse of clergy or churches would in no genuine way impair this country.”

I thought I’d heard it all, but this sets a new record for atheist irrationality.

First, there is the question of whether clergy perform essential services during this emergency. But pardon me, I must correct myself. There is no question there at all. Americans are in distress. We’re physically separated; many of us are in economic trouble; some are sick. I don’t think even the most committed secularist could be blind to that.

So where do we turn when we’re hurting? Do hospital chaplains perform an essential service, for example? Don’t ask FFRF — how would they know? They hate religion. Ask someone in ICU who’s called for a chaplain. Ask a staff member who’s overwhelmed, and wants support.

This is hatred in action. There’s no other reasonable explanation for it.

Outside the hospital, does anyone need reminding that it helps to be in a supportive group during times like these? The church I attend has been collecting “boxes of love” containing several days’ of food for hungry families. Even for those who don’t need that kind of help, there’s great value in having an organized, central place where we can offer to help others.

The FFRF’s news release uses words like “demand,” but let’s be real. They don’t have moral authority to declare spiritual needs irrelevant. They’d like to, but they don’t. Not even close.

The “Collapse of Clergy or Churches”

Gaylor and Barker say total religious collapse would “in no genuine way impair this country.” Now, this is just — how can I put it charitably? — unhinged. It borders on insane, and I’m not saying on which side of that border it stands.

How many examples does it take? I’ve reported more than once recently on churches in Dayton, Ohio, that are performing city-wide cleanups, leading in tornado recovery efforts, and receiving high marks from state and local officials. In fact, “churches took the lead” in this, according to Larry Lane, Montgomery County Sheriff’s Resource Officer.

This same story is echoed in every town and city across the land. I guess FFRF thinks it wouldn’t “impair” a thing if that just went away.

Support The Stream: Serving the Body During This Crisis With Facts. Faith. And No Fear.

Hundreds of gospel-centered rescue missions operate as part of the Citygate Network, providing hot food, clothing, shelter, and more to homeless people nationwide. Thousands more church-based food banks and meal programs serve the poor. What kind of uncaring person would say there’d be no harm if that collapsed?

Speaking of large numbers, thousands of psychological studies have been done, showing a positive association between religion and mental, physical, and emotional health. Wouldn’t hurt a bit to strip that away, eh? No one would even notice.

Gaylor and Barker close their letter claiming “DHS and DISA are inappropriately privileging religious citizens and clergy. … Such a show of religious preference undermines the credibility of the department.” As if this open letter did anything to enhance their own credibility.

But no, this isn’t religious preference. Shutting down such essential services, simply because they’re performed by clergy and by churches, would be open anti-religious discrimination. The government is prohibited from burdening a religious practice unless it has a compelling interest. Otherwise the government’s action must be neutral and generally applicable. Declaring clergy as nonessential while other types of individuals and businesses (like golf courses) are declared essential is not neutral and generally applicable, and would not pass a compelling interest test.

This is just hatred in action. There’s no other reasonable explanation for it. Ironically, Gaylor has claimed that religious freedom laws are hateful. That’s completely upside-down — as is just about everything else in the demand they’ve made to DHS this week.

Tom Gilson (@TomGilsonAuthor) is a senior editor with The Stream, and the author of A Christian Mind: Thoughts on Life and Truth in Jesus Christ and Critical Conversations: A Christian Parent’s Guide to Discussing Homosexuality with Teens, and the lead editor of True Reason: Confronting the Irrationality of the New Atheism.