You are here: Home / All News / Genocide of Christians in Nigeria is getting worse!

Genocide of Christians in Nigeria: An Insider Speaks Out 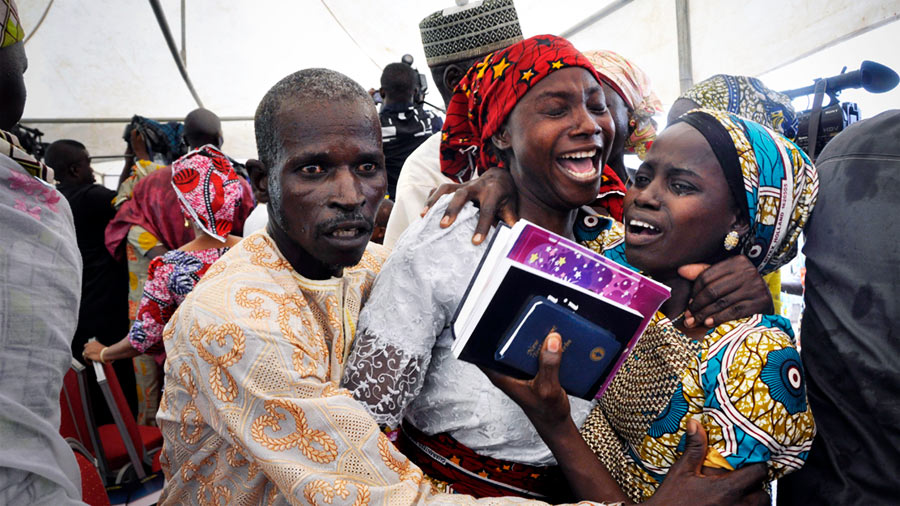 The Stream has been one of the few publications reporting on the worsening genocide of Christians in Nigeria. Since mainstream media seem uninterested, it’s crucial that Christian publications shine a klieg light on those horrors. We were approached by a former intelligence operative with over 20 years on the ground experience in the Islamic world. He wanted to give us the inside story of what’s happening in Nigeria and why. He asked that we not use his name.

How bad is the persecution of Christians in Nigeria?

I conservatively estimate that 20,000, mostly Christians, have been killed since Nigeria’s President Muhammadu Buhari took office in 2015. That number could be significantly higher. Specifically, we know there have been 3,000 victims of direct State violence. And 9,000 victims of police custody or captivity killings. Those people were systematically targeted based on religious and racial profiling. We’ve seen a complete and willful disregard for crime detection and protection of Nigeria’s most vulnerable groups. Especially abandoned were the Christians, largely from the Igbo ethnic group.

Who else is doing the killing?

There were approximately 5,000 victims of terrorist Fulani “herdsmen” death squads. And 3,000 victims of the Boko Haram terrorist group. Their leader, Abubaker Shekau, swore Boko Haram’s allegiance to ISIL. (Also known as the Islamic State or ISIS.) Boko Haram rebranded itself as Islamic State in West Africa. So now it’s a branch of the very group, ISIL or the Islamic State, that has been murdering, enslaving people, doing its best to destroy Syria and Iraq. Its goal is setting up a new Caliphate, or Islamic Empire, to brutally rule the world.

What’s the relationship of the terrorists to the government?

When Boko Haram wanted to engage in political negotiations, Nigeria’s president Muhammadu Buhari was at the top of their list. They wanted him to mediate and intercede on their behalf. And remember, this was when Boko Haram was receiving direct support from Al-Qaeda. (Specifically, the AQIM branch in that part of the world, Al-Qaeda in the Islamic Maghreb).

But since March 2015 Boko Haram has pledged allegiance to and is an active branch of ISIL (ISIS). That’s the world’s most malevolent, destructive and effective terrorist group. Now Boko Haram has rebranded itself as Islamic State in West Africa. Now we have at least 6,000 victims of Boko Haram and Fulani “herdsmen.” The latter is a dangerous and disingenuous play on words by Nigeria’s President. In fact, they are an armed extremist group. They have engaged in ethnic cleansing and genocide by international standards. They direct their death squads predominantly against Christians.

So President Buhari is friendly to the terrorist groups?

We should keep something critical in mind. President Buhari hails from the Fulani tribe. It disingenuously defies logic the claim that Buhari does not have the power to take the meager measures to put a stop to this. Is he playing a role in these atrocities by refusing to act? Or could he be directly involved in the command and control of this coordinated campaign? The Fulani herdsmen are not simple men fighting with sticks. (I believe that is how Buhari described the situation to President Trump.) They are attacking villages in a coordinated operational manner. They are annihilating Christians with heavy machine guns.

Is this the Sudanese genocide all over again?

Ethnic cleansing, genocide-like conditions are currently occurring in Nigeria. It looks like the blueprint that the Sudanese government used to perpetuate their genocide of the Christian Sudanese in the country’s south. The execution of the campaign currently underway looks terrifyingly similar to the genocidal escalation on the part of the Sudanese government. That government armed and funded Arab militias known as the Janjaweed.

The Janjaweed systematically destroyed the predominately Christian south with its epicenter in Darfur. They burned villages. They stripped the local Christian people of all economic resources. In fact, they polluted water sources. They murdered, raped, and tortured civilians. Other government-backed extremist militias and the Sudanese government itself joined in. This malevolent, systematic campaign slaughtered half a million people. It turned 3 million more into refugees.

But we’ve been told Nigeria is just experiencing a tribal quarrel, between herdsmen and farmers….

President Buhari pretends that these armed extremists are simple, quaint Fulani herdsmen. That is the spin he uses with the U.S. and other Western nations. It veils what is actually happening. We’ve seen the same linguistic gymnastics before. The Sudanese government President Omar al-Bashir claimed that the Janjaweed militias were only Abbala (camel herders). Or Baggara (cow herders). In reality Janjaweed can be translated from Arabic as “an armed man on a horse.” Or more accurately, “Devils on Horseback.”

The Sudanese government was able to dupe the West for way too long with this simple parlor trick. I pray that we have wised up a bit. We must not be fooled. Or pretend to worship at the altar of “realist foreign policy.” Buhari’s shell game could cost countless innocent Christian lives.

I will forever be personally affected by the killings, destruction, mayhem and atrocities that these evil groups have inflicted. That they continue to inflict on thousands of good, innocent and vulnerable people.

What can you offer to back up this alarming report?

I am not in a position in which I can substantiate this with formal evidence. The reasons for that should be clear to some. But I have seen many events like this before. And my professional read of the dynamics pervading this tragedy is clear. There is an intersection between Buhari, the Fulani militias and Boko Haram, (now ISIL or ISIS) in western Africa.

Are American officials naïve about what’s happening in Nigeria?

You need to look at the evil and dirty world of extremists. At what really happens on the ground. Don’t listen to what a bureaucrat in Washington tells you. When he claims that such terrorist groups would never work together. One of the most naive and, even worse, sometimes intentional Washington canards? That Shi’a and Sunni militant groups never cooperate. These claims come largely from the mythology of bureaucratic dilettantes. Guys with manicured nail, in fancy suits breathing rarefied air in the safety of their offices in D.C.

The reality? I have seen almost every manifestation of extremist groups collude. Yes, even those with diametrically opposed final end-states and world-views. These groups work together on the ground for greater battlefield effectiveness. For operational expediency. Because of a common enemy. Because war can be extremely lucrative for sociopaths.

He Has Seen All this Before

What drove you to speak out on this?

I have seen this with my own eyes many times over. That is because I chose to live and work at the epicenter of this mass carnage and tectonic destruction. Not at a cubicle 6,000 or 7,000 miles away from the realities on the ground.

So I have born witness to both ethnic and religious genocide. I will forever be personally affected by the killings, destruction, mayhem and atrocities that these evil groups have inflicted. That they continue to inflict on thousands of good, innocent and vulnerable people. Many of the victims are — or because they are no longer with us, were — my friends. You know what I have found over the years? That the motivations of these terrorists groups cannot be understood only through the myopia of the ideological lens. Yes, ideology can play a big role. Especially in organizing mass numbers of extremists to fight for “a higher cause.” But it is incumbent upon us to also comprehend this: These crimes are every bit as much about power, money and atavistic blood lust.

If nothing is done about this now, we could be looking at the same level of devastation in the future. But on a much greater scale. The Sudan has a GDP of 95 billion while Nigeria’s is 400 billion. Nigeria has the wealth and power of a petro-state. So it has the capability to do things at a scale at least four times greater than the Sudan. Let’s look at the devastation in the Sudan. Then think about what a systematic campaign of ethnic cleansing, genocide and crimes against humanity could look like in Nigeria with 4 times the resources. Moreover, the Sudan’s population is 40 million while Nigeria’s is almost 200 million.