Gerber Baby Inspires Down Syndrome Abortion Bans Across the US 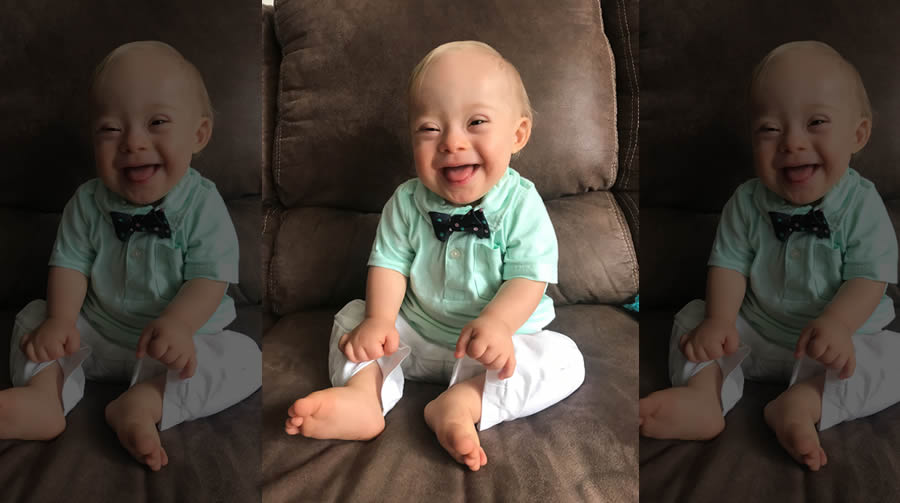 This September 2017 undated photo provided by the Warren family via Gerber shows 14-month-old Lucas Warren of Dalton, Ga. Lucas’ contagious smile won over executives at Gerber baby food who have made him their “spokesbaby” this year. Lucas is Gerber’s first spokesbaby with Down syndrome in the company’s 91-year history.

Share to Facebook898Share to EmailShare to TwitterShare to More15

Gerber Baby company chose a Down syndrome child for the new face of its 2018 campaign in early February, inspiring a number of states to create, push or pass legislation protecting unborn babies who will be born with Down syndrome.

“Every year, we choose the baby who best exemplifies Gerber’s longstanding heritage of recognizing that every baby is a Gerber baby,” Gerber president Bill Partyka said, announcing Lucas Warren as the 2018 Gerber baby, according to TODAY. “We’re hoping this will impact everyone — that it will shed a little bit of light on the special needs community and help more individuals with special needs be accepted and not limited,” father Jason Warren told The Today Show.

Since Lucas took center stage, Down syndrome abortion bans have been introduced in Oklahoma, Missouri, West Virginia, Pennsylvania and Utah.

Utah is considering HB205 — the Down Syndrome Nondiscrimination Abortion Act. The bill is intended to send a message of non-discrimination according to the measure’s sponsor, Rep. Karianne Lisonbee, who claims it will prevent eugenic-like tendencies, according to The Salt Lake Tribune.

Pro-Life Utah group member Kristy Nielsen likened people with Down syndrome to endangered animals, claiming it’s ironic Utah protects animals and plants but won’t do the same when “a targeted people group is in danger of extinction.”

Ohio has adopted House Bill 214, effectively banning doctors from aborting babies who test positive for Down syndrome. The law penalizes doctors who perform abortions on pregnant women with a positive test that their baby will have Down syndrome, but it does not fine or punish a woman who aborts her baby after receiving a positive test for the congenital disorder. Any doctor who performs an abortion on an unborn Down syndrome child will receive a fourth-degree felony charge under the law, The Associated Press reported.

Ohio’s ban and other proposed bans have received significant backlash from the American Civil Liberties Union (ACLU) and other groups, despite the largely positive reaction to Down syndrome abortion protections. “It’s ironic that those who claim they believe in limited government are once again choosing to insert themselves in a relationship that is sacred between that practitioner and their patient,” Ohio state Sen. Charleta Tavares said, according to Cleveland.com.

Other parents who have raised children with Down syndrome oppose the ban. “I cannot do this again … I did it. I’ll be doing it for the rest of my life, but I can’t do it again,” Dawn Nunn, the mother of an adult son with a disability, tearfully told Utah lawmakers who are considering the measure.

The disabled community splits on the issue as well, with most celebrating the Gerber Baby campaign and Down syndrome abortion ban, while others feel protections will encourage discrimination because they single out Down syndrome persons as especially different.

Mississippi lawmakers passed House Bill 1510 Thursday, which will ban women from having abortions after 15 weeks gestation unless the unborn baby is not expected to survive outside the womb or if continuing the pregnancy will jeopardize the woman’s life. The bill will now head to Mississippi Republican Gov. Phil Bryant, who is expected to sign the measure into law.

No state currently bans abortion before 20 weeks of pregnancy. Twenty other states ban abortions after more than 20 weeks gestation.