You are here: Home / All News / Where do you go to live with all the ‘ghosts’ that Cecile Richards has to live with?

Can Cecile Richards Live With All the Ghosts? 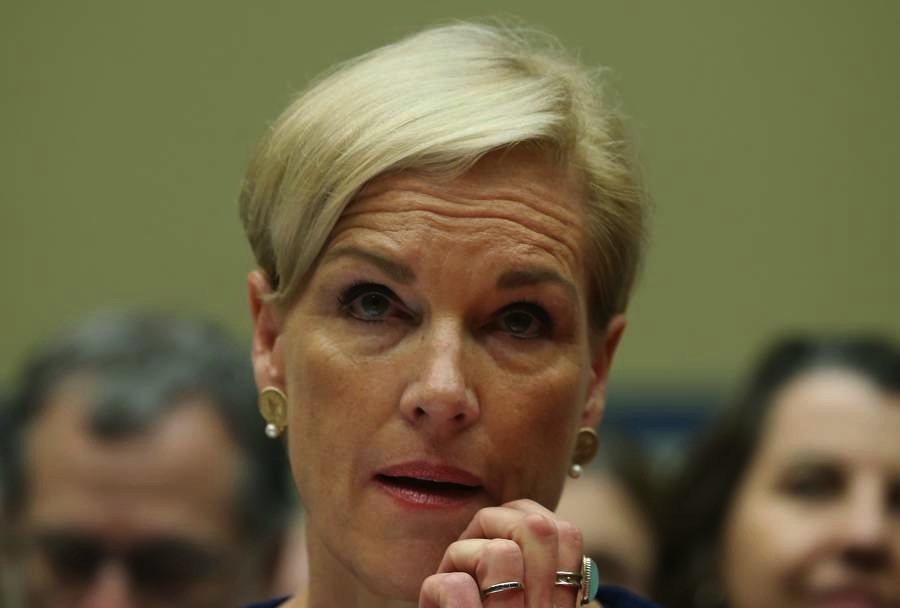 So what do you do if you’re Cecile Richards? Are there second acts in American death? Or rather, the death biz, since Ms. Richards is certainly breathing. As to whether she is alive … well you’d have to ask her. There’s no guarantee that she’d know. Or that she’d even admit to understanding the question.

In his Inferno, Dante theorized that some people were so wicked that even though their bodies still walked the earth, their souls were already in hell. I don’t think he meant that literally. It was a poetic way of showing the converse of the classical Christian doctrine, that salvation and the Kingdom begin not in the next life, but in this one. If the elect are in some sense already enjoying their reward, then why not imagine that the reprobate are also receiving theirs?

That death, the second death, begins in this world. We edge toward it whenever we reject God’s own creation, especially when we call Him, in fact, a liar, by saying that it is not “good.” Because that is how He judged it when He was finished.

Stay in the Kiddie Pool

Some beg to differ. They insist that life is only good when it measures up to our standards. When it falls into a narrow range of experiences — say, when we’re young, and free, and rich, and healthy (not handicapped) and strong and self-assertive. At those times, yes, life is good. In a limited sense, since we know that it’s all fleeting, and all is shadowed by death. But if you can keep your mind off that, you can splash around in the kiddie pool of comfort, youth, and health until you’re really too old, or sick, or sad. What you never want to do is take the risk of diving into the deep end of the pool, where suffering, sacrifice, and spirituality wait — for all you know, like sharks in the water, prepared to rip you apart.

No one should have to test such troubled waters. The risk is too great. Once they engulf you, there are no guarantees what will happen. You know for a fact that you can’t keep your head above water alone. Unless you’re to slip down and choke out in those bitter, tear-salty depths, you’ll have to trust someone or something. To launch out in the dark and cold and count on a pair of strong arms to guide and support you. Can you believe that such arms exist? That they really, really do? That they reached out once, long ago, on the wood of a cross — which floats there, like a raft?

Of course you can’t. That’s crazy. That’s not the kind of thing that happens in the world. The world is made up of tissue and tubes, cocktails and bloodbags, orgasms and gamma rays. The very emotions you seek out or avoid — the pleasure or the misery — are themselves not even real. Or so, we may guess, those like Cecile Richards tell themselves.

Life Is Just a Plate of Brains and Eggs

They’re just little spastic firings of infinitesimal neurons that appear on an FMRI. They’re side effects of that strange little lump of tissue that’s grey instead of pink, whose folds and convolutions are just the meat equivalent of the circuits inside your phone. When the phone falls into the toilet, its circuits fry. When the corpse falls into the tomb, its lights go out. There is no “other place” where they could be shining. You began by fearing that final fact, then you felt it as a relief. And now you’re at the point where you desperately hope it’s true. It had damned well better be true.

You must fight for the sacred, sovereign rights of one set of stumbling meat puppets to enjoy a bit more transitory pleasure and freedom, before they fall alongside their stunted offspring in the silence of earth’s anonymous mass grave.

How could you stand to think otherwise? Under your smooth leadership, your organization has terminated the function of countless such biological units. You’ve seen covert video taken of your own employees scooping tiny brains and lungs and livers into Styrofoam containers, for couriers to deliver like buckets of chicken parts. If you entertained for a moment the prospect. … You shudder, proud of yourself that you have outgrown such superstitions. Still, like the ghosts you learned not to believe in, the thought of them can haunt you. All those pale little shades of faces and hands, so intricate and small and wonderfully made. …

You can’t go down that road of course. No, you must be strong. You must fight for the sacred, sovereign rights of one set of stumbling meat puppets to enjoy a bit more transitory pleasure and freedom, before they fall alongside their stunted offspring in the silence of earth’s anonymous mass grave. So concentrate on the suffering you are sure that you’re preventing, all the years of seedy rooms and second hand smoke, of food stamps and family quarrels, of bad schools and dead-end jobs that those poor little creatures would have endured. Had you not stepped in and saved them.

It takes a spiritual discipline to keep your mind so focused. The path is straight and narrow, and on either side are the ghosts. Others like you have fallen away. Bernard Nathanson was the Cecile Richards of the 1960s and 70s — a pioneer in abortion rights, a prolific abortion provider. He even helped terminate the child he’d fathered inside his wife. What a powerfully intimate moment that must have been.

But after some 70,000 procedures or so, something inside him must have snapped. He gave in to the doubts. He listened to the ghosts. And soon he was chasing the Holy Ghost, or letting that Spirit catch him. He joined the very Church which he’d fought so hard against, and spent his last ten years in tragic, public penance. Every person he’d ever respected came to despise him, and soon his only friends were delusional Bible-thumpers. He jumped face first in the deep end, and floundered until he drowned.

And that’s what you remind yourself. He drowned there, didn’t he? Didn’t he?