You are here: Home / All News / God still does miracles and answers pray. 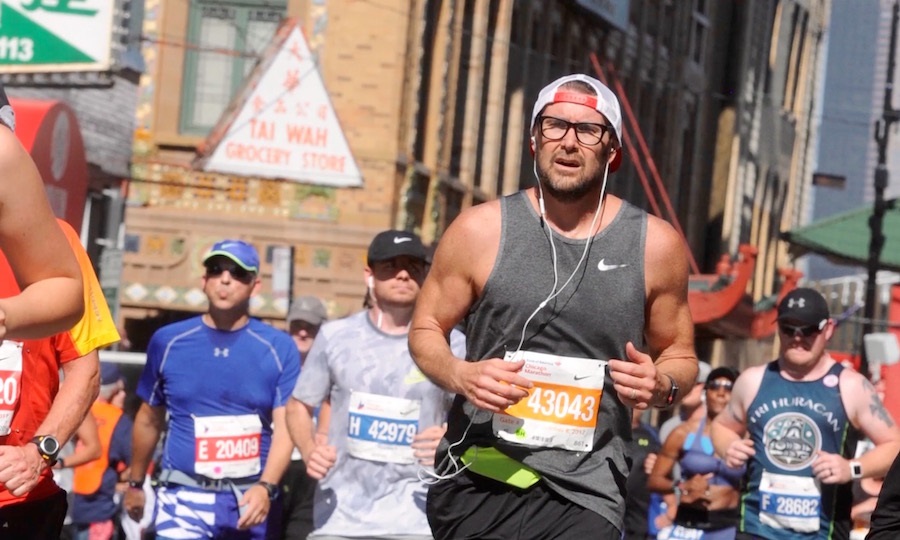 By Josh Shepherd Published on October 30, 2017 • No Comments

“What is the hardest thing you could believe God for?”

The question lingered in the air on a Sunday last July. Hundreds sat in a converted downtown theater, one of eight National Community Church (NCC) locations throughout the Washington, D.C. area packed with believers and seekers alike.

Seeming to preach first to himself, Pastor Mark Batterson answered his own question. “Let me be very transparent,” he began. “I’ve had asthma since I was three years old. I’ve been hospitalized more weeks than you can imagine. I’ve taken more puffs of an inhaler than anyone could possibly count.”

“It’s frustrating,” Batterson admitted, his voice cracking with emotion. “I’ve prayed every prayer and I’ve tried everything. But I want you to know, I’m going to keep speaking to that mountain because I believe in a God who is able to heal.” As people knelt or stood speaking prayers, faith in the reality of God was evident in the room.

Seven weeks later, he updated the church on unexplained changes in his condition. “A switch flipped fifty days ago,” he said in his August 20 message. “I want you to know I haven’t taken my inhaler between then and now.” Fifteen months later, Batterson remains free from symptoms of this physical ailment. He even ran the Chicago Marathon on October 8 as a mile marker in his journey.

His new book Whisper: How to Hear the Voice of God uses this account and others to uncover what it means to pray as a two-way conversation. A short video produced by NCC (see below) also tells his story of healing. Picking up from part one of our interview, Batterson shares why praying with faith matters, the impact of the newly expanded DC Dream Center and how he sees prayer shifting Capitol Hill.

The Stream: Your book includes your account of a recent miraculous healing. How do you respond to skeptics of the supernatural?

Mark Batterson: I believe if we do what they did in the Bible, God is going to do what He did. He is the same yesterday, today and forever, says Hebrews 13:8.

I know there are those who believe God only speaks through Scripture. But in an attempt to elevate Scripture, they’re actually undermining it — because God speaks in all of these different ways in Scripture!

When it comes to the supernatural, sometimes we have a hard time believing what we haven’t personally experienced. I understand that. But I believe in a God who heals. God used His voice in Genesis 1 to create the universe: Let there be light! We use our voices to speak. God uses His voice to create, reveal and heal.

That’s what happened to me. I had asthma my entire life. Whisper has a chapter called “The Bravest Prayer,” and I prayed that prayer on July 2, 2016. I had prayed it hundreds of times but I prayed it one more time — that God would heal my asthma.

That was 474 days ago, and I haven’t taken an inhaler between that day and this day. There’s no doubt in my mind that God healed me. In fact, to celebrate it, I decided to run the Chicago marathon on October 8. I finished it and wasn’t short of breath one time.

People can argue against the supernatural. But it’s awfully hard to argue against a miracle that really can’t be explained any other way.

Listen, I’m not denying the reality of sin, pain and problems. Bad things happen to good people. At the same time, I believe all things are possible. I believe in a God who’s able to do immeasurably more than all I can ask or imagine. I am going to stand on those promises and believe nothing less.

The Stream: You mentioned dreams as one of the ways God speaks. In August, your church played a lead role in the DC Dream Center opening a new four-story building. How is this community center helping lives in the Nation’s Capital?

Mark Batterson: We believe God is going to bless us in proportion to how we give to missions and how we care for the poor in our city. That’s one of our core convictions. The truth is, there are some statistics we’d like to see change in our city.

The way you do that is one child at a time. You go into a part of our city where education isn’t quite what it could be or should be, where there are a lot of broken families, a lot of fatherlessness. We want to go in to that part of our city and love people, and disciple as we have opportunity.

We want to see kids get a dream from God. That is what is going to break some of the cycles that are prevalent in our culture. The DC Dream Center is a way for us to make a difference one child at a time.

Yes, the center has a basketball court, a dance studio, a recording studio and a computer lab as part of it. We’re meeting felt needs, but at the end of the day it’s about introducing people to the life-changing power of the gospel in a personal relationship with Jesus Christ. If we can do that, we believe we’re going to change this city one person at a time.

The Stream: With the many different political beliefs, racial backgrounds and generations at NCC, whom do you have in mind when you’re preparing a sermon?

Mark Batterson: All of the above! I cherish our diversity. We’ve worked hard to try to be a church that reaches across the aisle to both parties and everything in between.

We’ve worked hard to reach across some of those racial boundaries. It’s not good enough any more to be colorblind. You’ve got to be color-brave, to be willing to really get into the world of people who don’t look just like you. Maybe they have a different skin color. We’ve got to find ways to cross that divide, to bridge it. The church ought to be at the forefront of that.

Galatians says There is neither Jew nor Greek, slave nor free, male nor female — for what it’s worth, we add Republican nor Democrat to the list! The gospel is bigger than all of those things. We’re brothers and sisters in Christ, so let’s love each other like that. Then let’s love each other despite the differences we may have.

The Stream: Whisper recounts how you spoke at a tense Congressional retreat. How did prayer change the situation?

Mark Batterson: It was one of those moments where you take the calculated risk, because it was a very tense political season. I felt this prompting as I was speaking. At the very end, I asked everybody to kneel in prayer. They’re all suited up and I don’t know if this is protocol. But it turned into a holy moment as we hit our knees.

Now kneeling in prayer is not going to solve all of our political problems. Policymakers have got to get back up and do the hard work of legislating and governing. Prayer is a really good place to start, so I for one am going to keep kneeling.

As I fell face down with these government leaders, I was reminded that prayer is such a powerful thing. Prayer is the difference between the best you can do and the best God can do. I really believe it can cross any divide and heal any hurt. If our Founding Fathers hit their knees at critical moments in prayer, we can afford to do the same thing.

His fifteenth book, Whisper by Mark Batterson is now available via Amazon, ChristianBook.com and wherever books are sold.