You are here: Home / All News / “They are in heaven,” says someone who lost 9 members of their family in the Texas shooting.

Couple Loses 9 Members of Their Family, But Has Not Wavered in Their Faith

Joe and Claryce Holcombe lost a child, grandchildren and great-grandchildren, but they remain ‘close to God.’ 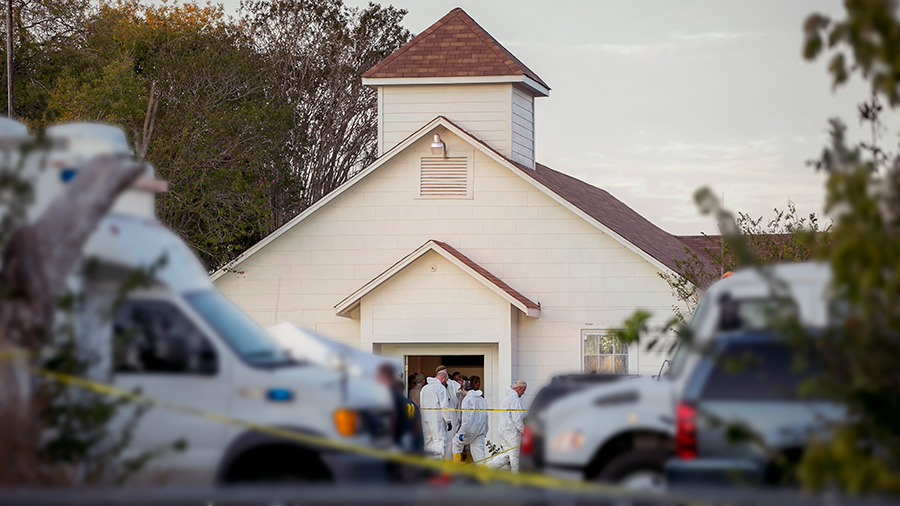 Jay Janner/Austin American-Statesman via AP
By Nancy Flory Published on November 7, 2017 • No Comments

“God will see us through,” says Joe Holcombe, “We’ll all be together soon.”

Joe and his wife Claryce lost a child, grandchildren and great-grandchildren in the Sutherland Springs church massacre on Sunday. Nine family members in all. However, their faith is not shaken.

In an interview with Faithwire, Joe and wife Claryce said despite losing members of three generations, they remain “close to God,” and have not wavered in their faith.

Their son, associate pastor Bryan Holcombe, his wife Karla, Bryan and Karla’s son Marc Daniel and his daughter Noah, their other son John’s wife, Crystal (who was pregnant) and three of John’s five children were killed in the massacre.

“It’s of course going to be difficult,” Joe told The Washington Post. But “we are Christians, we have read the book. We know the ending, and it’s good …. They’re in heaven and they’re a lot better off than we are.”

The shooter, Joe said, is “being rewarded right now for what he did, and for all of eternity.” Claryce said “We need to pray for his family, because they’re going through a terrible time, too.”

When asked what he’d say to the shooter’s family, Joe replied: “I don’t hold any resentment to him. I wish he hadn’t of done it, but all I can say is that he is going to be rewarded for what he did — and he’s not going to like that reward … I don’t hate him by any means; I just feel sorry for him.”

Joe addressed the question that some would have about how God could allow this tragedy. “God doesn’t want us to understand him; he wants us to trust him and I think I’d tell them that. We don’t understand how God works, but we trust everything he does.”

“We’re strong,” Joe told Faithwire. “We’ll be with Bryan and his wife and the whole family one of these days — and we look forward to that.”