You are here: Home / All News / Here is what it is like when you have no free speech. 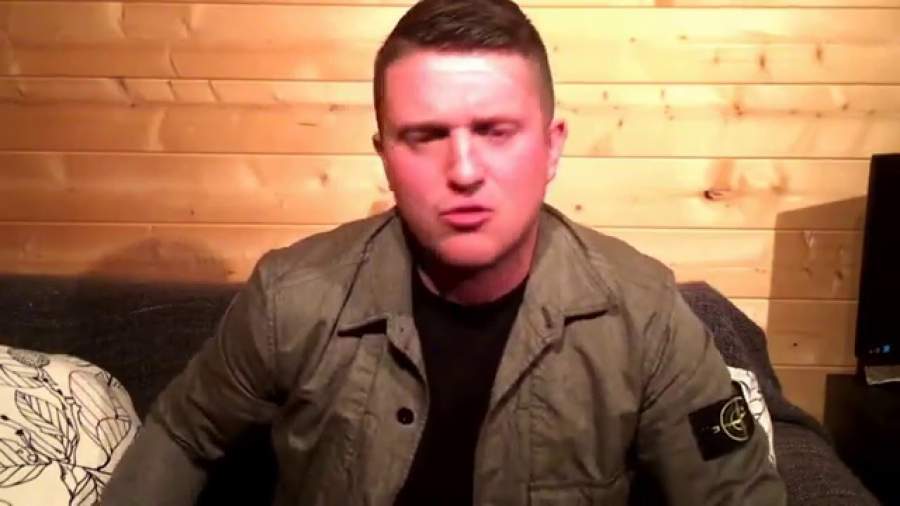 Imagine that a critic of President Trump were spotted on a public sidewalk, filming the entrance of criminals into a courtroom. What if the police arrested him for “breaching the peace” and hustled him off to jail? Then they told him he wasn’t facing charges, so he didn’t hire a lawyer. Then they charged him anyway, tried him without a lawyer, and sentenced him to 13 months in prison — all in the same day?

What if that Trump critic had been assaulted in prison before because of his views, but he was imprisoned with no protection — likely to die in jail, as other Trump critics had died in jail before?

What if the U.S. government, via a judge, indefinitely banned any reporting on what happened to that Trump critic? Then media outlets which had reported on it scrubbed their stories from the Internet?

You might think we were living in a police state. Wouldn’t you? You’d expect the major media to defy the reporting ban, and expose this scandal to the world.

Britain Goes Fascist Before Our Eyes

Well all of what I just described happened today. But not to a Trump critic in America. It happened to a critic of Theresa May’s British government and its policies on Islam. Tommy Robinson, author and anti-sharia activist, was arrested today. And tried. And sentenced. All in secret.

His crime? According to the controversial site GatewayPundit:

Robinson, 35, was arrested on Friday for suspicion of ‘breaching the peace’ while livestreaming to report on the trial of a child grooming gang and will now have to serve a prior 13 month suspended sentence for a similar offense.

Those facts were confirmed for me by a British journalist. But not before he made me install an encryption app on my phone, so he could share them without the threat of imprisonment.

Tommy Robinson, author and anti-sharia activist, was arrested today. And tried. And sentenced. All in secret.

Also from GatewayPundit: “Articles from the Daily Record, Birmingham Live, The Mirror, RT and even Breitbart News were all taken offline in the hours following his detention.” I can also confirm that. I saw the story from the UK Independent get scrubbed of the facts of the case in under an hour. Now British news is suffering the fate of Soviet history, in real time, before our eyes.

Since its facts seem to be checking out, let’s stay with GatewayPundit:

According to UK independent reporter Caolan Robertson, Robinson was arrested outside the Leeds Crown Court on Friday morning as he was covering the trial of ten men for offenses including child rape, trafficking, and supply of Class A drugs to children.

The independent journalist was caught on video telling the arresting officers that “this is free speech. This is where we’re at.”

“You know when you do this, more people are going to watch this now than ever,” he adds.

And here’s video of the arrest, which has not (yet) been scrubbed from YouTube. (But don’t be surprised if it soon is and this link goes dead.)

The British establishment has been persecuting Tommy Robinson for years. His crime? Truthfully reporting on the massive explosion of radical Islamist activity in Britain. Now the authorities have found a flimsy pretext for imprisoning him amongst thousands of violent Muslim felons. (Robinson and his family have been subject of dozens of credible death threats. He was suspended from Twitter for reporting on them, while those making the threats were not suspended.)

Another Judicial Murder in the Works?

Will he survive the ordeal? No way to know. As The Stream has previously reported:

Kevin Crehan is dead at 35. He perished as an enemy of the British state, the victim of de facto judicial murder. Crehan was in prison for a tasteless prank: offended perhaps by the aggressive demands of immigrant Muslims in Britain for the imposition of sharia law, Crehan left a bacon sandwich on the front steps of a mosque. For that he was sentenced to one year in a prison full of violent Muslim criminals who knew about his prank, with no protective custody. (The cause of his death is still unclear.)

I couldn’t find that police had performed an autopsy on Crehan, any more than they did on Alfie Evans, who died without even a diagnosis. Some things it’s best the commoners just not know.

In a bitter twist, Julian Lambert, the judge who sentenced Crehan for his crime, in 2015 gave a sentence of only two years to a member of a pedophile rape gang that preyed on toddlers and a baby. So in 2017, that baby rapist will be a free man, while Kevin Crehan, Englishman, sleeps in the English earth.

When Communist Poland obeyed Soviet orders and cracked down on Solidarity, it arrested Lech Walesa. But even that totalitarian government didn’t arrest, try, and sentence him in secret, all in one day. It didn’t put Walesa where he was likely to be murdered. And it released him after 11 months. That’s less than the sentence Tommy Robinson faces for journalism, if he even lives to complete it. 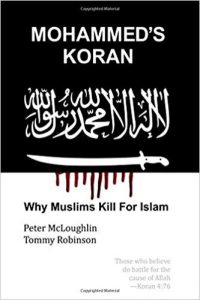 President Trump should contact British Prime Minister Theresa May about this outrage. If need be, he should offer to accept an application for political asylum by Mr. Robinson. He is clearly the victim of blatant persecution. The fact that such outrages are happening in Great Britain, the cradle of political liberty, should shock us all profoundly.

To find out what got Mr. Robinson in trouble, read his annotated version of the Koran, while it’s still legal to buy his book.