You are here: Home / All News / Historic signing between Kim Jong Un of N.K. and President Trump of the U.S.A.

Gorka on historic meeting between Trump and Kim

President Trump and North Korean leader Kim Jong Un on Tuesday signed a ‘comprehensive’ document after a series of meetings in Singapore where the U.S. pushed for Pyongyang’s nuclear disarmament.

Trump did not refer to the document as a treaty or agreement. He said there will be a press conference in the next few hours.

“You’ll be seeing everything in a little while,” Trump said “I think both sides will be impressed with the result.”

Kim, who was sitting alongside Trump, said through a translator, “We had a historic meeting and decided to leave the past behind and we are about to sign a historic document.
A reporter asked Trump if he would be willing to invite Kim to the White House and he responded, “Absolutely I would.”

Trump was asked by reporters in Singapore during his final appearance with Kim on Tuesday what surprised him most during their meetings. 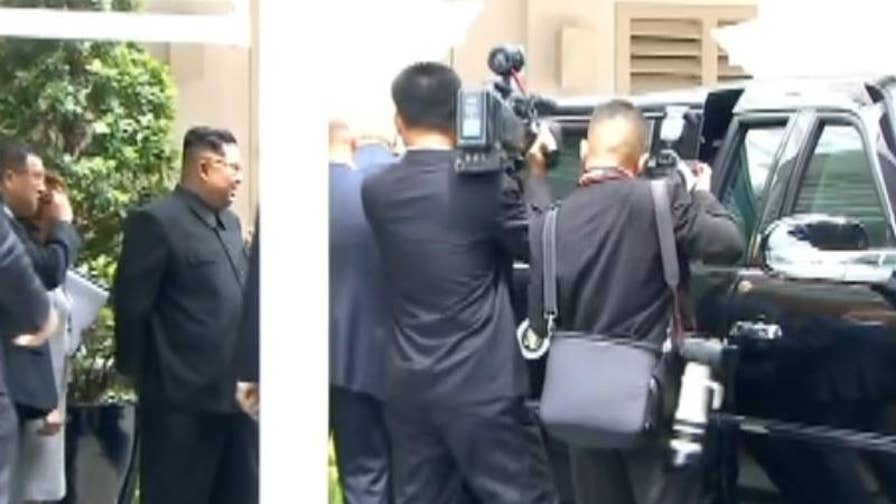 Trump says Kim has a “great personality” and is “very smart. Good combination.”

Trump also says he learned Kim is “a very talented man” and “loves his country very much.”

Trump and Kim did not respond to a reporter who asked if they discussed Otto Warmbier.

Warmbier was an American student arrested in North Korean in January 2016 for stealing a propaganda poster and sentenced to 15 years in prison with hard labor. He was was sent home from North Korea in a coma and died soon after.

Trump said he is willing to meet with Kim “many times” in the process.

The summit marked the first between a sitting U.S. president and a North Korean leader.

In the run-up to the talks, Trump had hopefully predicted the two men might strike a nuclear deal or forge a formal end to the Korean War in the course of a single meeting or over several days. But in a briefing with reporters Monday, Pompeo sought to keep expectations for the summit in check.

“We are hopeful this summit will help set the conditions for future productive talks,” the secretary of state said.