You are here: Home / All News / It is time to take you kids out of some government schools.

Get Your Kids Out of Government Schools, Right Now, Today 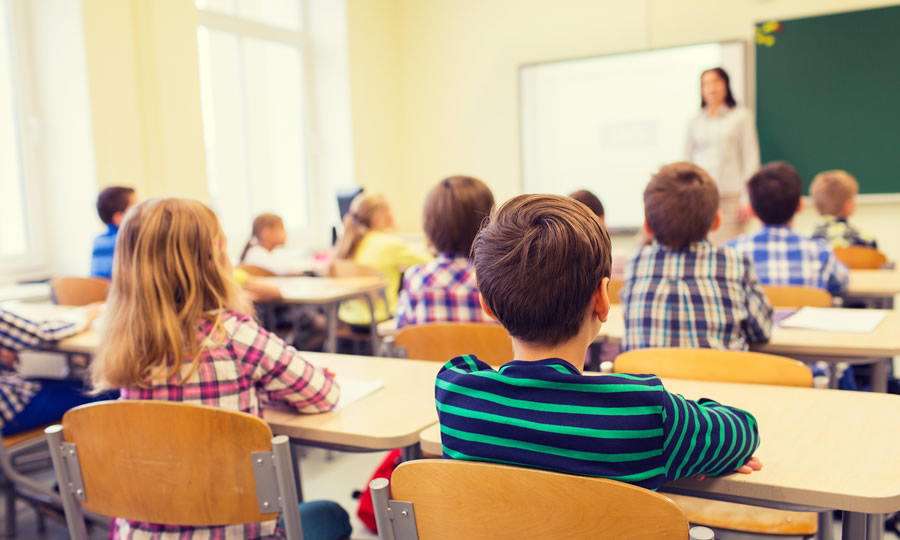 We sometimes quip that we would sell our house and get a double-wide down by the river rather than send our daughters to a government school.

There are, of course, two things wrong with this statement. First, all the riverfront property is already taken by rich folk. Second, it seems cruel to families who may already live in those double-wides and still cannot afford to save their kids from government schools.

But it does demonstrate how certain we are about the existential importance of keeping our precious daughters out of the clutches of the ideologues now running public K through 12.

The Danger of Government Schools

The situation in government schools is dire and getting direr every year. All parents, whatever their circumstance, must consider the danger government schools present to the souls of their children and even the soul of our country.

Activist/author Mary Rice Hasson and philosopher Theresa Farnan get this exactly right in their important new book Get Out Now: Why You Should Pull Your Child from Public School Before It’s Too Late. They explain that, while education achievement markers have been declining, government schools “have been successful in one area: churning out youthful progressives — growing numbers of men and women in the grips of existential confusion, perpetual victimhood, and political intolerance.”

Hassan and Farnan begin with the hottest of issues roiling American schools, the imposition of “gender ideology.” They call it “the game changer,” and indeed it is. Government schools now preach, and enforce, the radical, anti-science position that biological sex is meaningless, that some kids are born in the wrong bodies, that women have penises, too.

Pediatrician and outspoken child advocate Michelle Cretella calls this psychological abuse. She tells the story of a little girl who had been subjected to a male classmate’s “coming out” ceremony as a “trans girl” (orchestrated by the teacher, without the parents’ knowledge). One night, getting out of the bathtub and looking at her long hair slicked back, she burst into tears and asked her mother if she was turning into a boy.

This is sheer propaganda, meant to throw children off balance. And it surely does. This is nothing less than child abuse at the hands of those we have entrusted with our children.

How could they not be confused when they are forced to digest the Gender Unicorn, a cartoon drawing teaching little kids that “gender identity,” “gender expression,” physical attraction, and emotional attraction are all inborn, yet biological sex — male and female — is a construct that is merely “assigned at birth.”

Hassan and Farnan show how kids are quizzed about things they like to do. If you like “dirt-biking” and “violent video games” you might be a boy, rather than a tomboy. Do you like “baking and gardening?” You just might be a girl, even if you are a boy. They are also teaching kids they can take puberty blockers so that their body might come to match their interests in baking or dirt-biking. But wait, isn’t this sex stereotyping? Of course it is, but the gospel of the transgender crusade is not to be questioned. It is rather funny, though, since feminists have usually taught that girls should be allowed to dirt bike and now we find they can’t. That is only for boys.

But sex confusion is hardly the only issue that should keep kids out of government schools. There is also the overt attack on Christianity. Hassan and Farnan tell the story of James Corbett, a California science teacher who was fond of attacking Christianity in the classroom. He told the kids that putting on “Jesus glasses” would blind Christians to scientific truth. He told them that believing in God was as ridiculous as believing in a “gigantic spaghetti monster living behind the moon.” Fed-up parents finally took the case to court and were told by a judge that his classroom behavior was “appropriate and legitimate.” Hassan and Farnan show how government schools can be a one-way ticket for your kids to leave the Church.

And then there is anti-Americanism. There has been no more influential history book in our time than Howard Zinn’s A People’s History of the United States, a primer for hating America because America has only ever done evil. You can be sure that most of those teaching history to kids have been steeped deeply in Zinn.

Hassan and Farnan point out that the National Network of State Teachers of the Year recommend a smelly book called the Social Justice Book List that lists the themes of “classism, racism, xenophobia, sexism, and transgenderism.” This is for kids in pre-school through sixth grade. If you wonder why your 4th grader comes home sounding like Jeremiah Wright and worse, this is why.

Not in Your Lifetime

It goes without saying that there are good and faithful teachers, too; faithful to their calling to educate and not indoctrinate. They, too, are victims of the ideologues. If they resist, they risk losing their jobs. In fact, we know teachers in government schools who have chosen to leave rather than teach this wicked nonsense.

The bad news is Hassan and Farnan make clear “you cannot fix these problems, not in your child’s school lifetime anyway.” What this means is you have to get your kids out now, today. It also means that you should work hard to change the school systems anyway, for the sake of their kids, for the sake of the country.

AddThis Sharing Buttons
Share to Facebook1.2KShare to EmailShare to TwitterShare to More153