You are here: Home / All News / Kavanaugh hearings, “the truth will set you free.”

Kavanaugh Hearings and the Assault on Truth 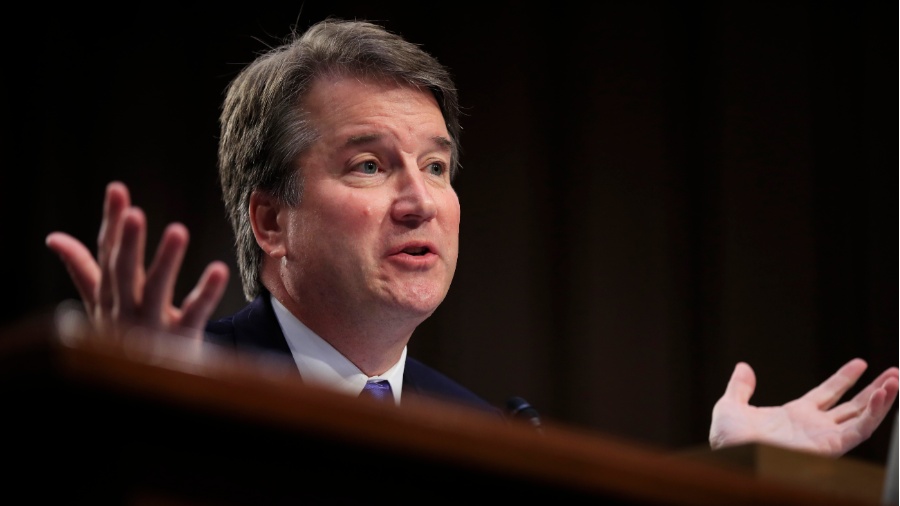 If you expect me to take a partisan side in this column, you are going to be disappointed. My point is not to support Ford or denigrate Kavanaugh, or vice versa. My goal is to make a deeper observation about how truth itself has been subtly undermined in the hearings.

It’s no secret that truth is being questioned today. The word of the year for 2016 was “post truth.” Gen Zers increasingly believe that something can be “true for you, but not true for me.” And we have lengthy discussions about “fake news.” The nature of truth itself is being undermined.

When my father first wrote Evidence that Demands a Verdict in the early 1970s, he didn’t include a section on truth. People agreed on both the existence and knowability of truth. And yet in the recent update of his classic book, we included five chapters clarifying and defending truth. Times have radically changed.

Truth and the Hearings

This change has been demonstrated clearly in the senate hearings last week involving judge Brett Kavanaugh. In support of Christine Blasey Ford’s testimony, New Jersey senator Cory Booker continually thanked her for sharing “her truth.” Instead of thanking her for her testimony, or her version of the story, Booker thanked her specifically for sharing her truth.

Here’s a question that kept popping to my mind as Booker said this repeatedly: Why did he thank her for sharing her truth rather than her version of the story? Why keep referring to her testimony as “her truth”?

As far as I can tell, there are two reasons why he might have done this. First, Senator Booker is simply confused about the nature of truth. Maybe Booker has failed to think through the difference between belief and truth. Possibly, Booker can’t remember Philosophy 101. Has he forgotten that truth is when a belief corresponds to reality, and thus while people can have different beliefs, they cannot have different truths?

Which is more likely?

Personally, I have a hard time believing the first option. Wherever you stand politically, Cory Booker is unmistakably a powerful communicator and thinker. As a former Stanford-trained lawyer, Booker undoubtedly knows the difference between belief and truth. The entire legal profession depends on making such a distinction.

I don’t envy those who have to assess the charges against Kavanaugh and determine whether or not he is fit to serve on the Supreme Court. Much is at stake. But I do know one thing for sure — it is unhelpful and inaccurate to refer to an individuals’ testimony as his or her truth. And this applies to the testimony from both sides of the aisle.

For the sake of truth itself, which every citizen — and in particular every Christian — should care deeply about, let’s be clearer about how we talk. People can have their own beliefs, or their own version of a story, but they cannot have their own truth. People can offer their own testimonies, but truth is not relative to the individual.

There is a truth about the charges against Kavanaugh, even if it is difficult to determine. Anyone committed to truth will consider the available evidence and make a sober assessment of where the evidence seems to point.

Sean McDowell, Ph.D., is a professor of Christian Apologetics at Biola University, the National Spokesman for Summit Ministries, a best-selling author, popular speaker, and part-time high school teacher. Follow him on Twitter: @sean_mcdowell and his blog: seanmcdowell.org.