You are here: Home / All News / Let children grow up as God created them male and female, don’t change them to something other. 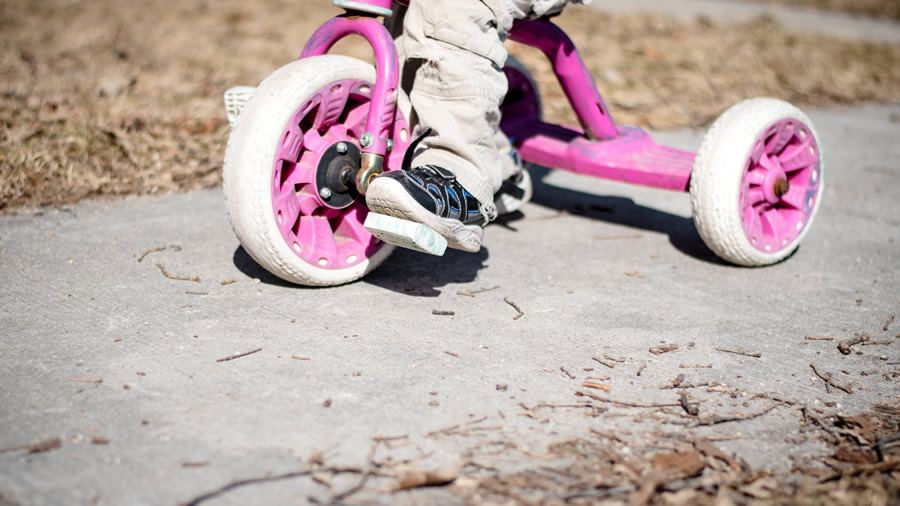 See the story about Pastor Bruesehoff and his family here.

My name is Joseph Sciambra and I recently read a story about your oldest child Rebekah.  I also watched a video in which you are your family were profiled. What interested me most was that there was much about Rebekah that reminded me about my own childhood. First of all, when I was a little boy, I too liked pink, sparkly things, and girl’s clothes, and the way they wore their hair. This caused me to feel oddly different when I was a kid.

When I began to attend grammar school, I was an exuberant kid. But I also became incredibly self-conscious. Beginning when I was probably about 6 or 7 years old, I knew there was something wrong with me. One day, my parents gave me a small amount of money as a reward for doing a simple chore. They said I could spend it on whatever I wanted. When we went to a local novelty shop, I immediately became fascinated with these large paper flowers on a stick. I picked out a big pink and yellow one. My parents never said anything. Then, I took my treasure home and began to show it off to some kids in the neighborhood as I danced about in joy. One other boy thought I was incredibly strange and he called me a “sissy-girl.” I never forgot it.

Almost from my first day in school until my senior year of high-school, I remained largely alienated from my male peers. I was almost incessantly bullied and harassed. Sometimes I would try to harm myself in order to stay home from school. Seeking out acceptance and protection, I gravitated towards girls. We had much in common. I shared their fascination with fashion, television soap-operas, and handsome teen idols. Then, when singer Boy George appeared on the scene, I thought I’d found my ideal. Immediately, I tried to grow my hair long and braid it.

When I was Rebekah’s age, I might have opted to live as a female. Not because I wanted to be a girl, but because I was looking for a place to escape.

I’m Indebted to My Father

I think my parents noticed my unhappiness, even though I made every effort to hide what I thought was my shame. I suppose they hoped I would go grow out of it. Perhaps they could have done more, but I remained largely secretive. Later in life, when it became tragically obvious that my life had spun out of control, my father spoke up forcefully, albeit charitably. I was outraged, but I remembered it.

In hindsight, I might have benefited from more proactive parents. But at least they didn’t see my often effeminate behavior, fondness for pink, glitter, brightly colored cloths, and lack of male friends, as a sign that I was transgender. Back then, I’m sure they didn’t even know what that was; and for that I am grateful.

I am also incredibly indebted to my father. Always opinionated, perhaps a little gruff at times as I became increasingly transgressive in both my appearance and behavior, he was the only one willing to speak his mind. In contrast, mothers are often unwilling or unable to remain impartial. After years of witnessing the struggles and torments of their precious child, they become even more protective and facilitating. Because, for the moment, their son’s embrace of an LGBT identity seems to have at least partially mitigated the previous uncertainty. For this reason, many mothers with a son who experiences homosexuality or feelings of being the opposite gender express their relief after the boy “comes-out” or begins to transition. Fathers often follow their wife’s lead.

Appreciating the Harmony Between the Two Sexes

Pastor Bruesehoff, as someone who went through a similar experience as Rebekah, I will pray that you reconsider your willingness to allow such a young and impressionable child to transition. When I was that age, I might have opted to live as a female. Not because I wanted to be a girl, but because I was so heavily traumatized by my own fears and insecurities. I was looking for a place to escape. For some — especially artistic and creative children like myself when I was a boy, or like Rebekeh — fantasy and a world of make-believe becomes our sole refuge from a world in which we wonder: “Where do I belong?” To an extent, there is nothing wrong with children who have a big imagination, until those who are entrusted with their care begin to share in a delusion.

I was born male. And nothing I could do or imagine would change that. The way God made me was good.

Life as a man has been difficult, but I thank God every day that He made me this way. There are benefits to being a man, and I have seen the great contributions which women make to the family and society. There is a harmony between the two sexes that I only recently began to appreciate.

Individuals With Gender Dysphoria Need Love and the Truth

For a long time, I tried to convince myself that I was born “gay.” That God made a mistake or just made me this way. But it never made sense. As much as I wanted my body to be receptive like that of a woman, it just never was. My body was designed in a certain way for a certain function. Modern man, through science, can change the appearance, but it doesn’t transform the fundamental structure. I was born male. And nothing I could do or imagine would change that. The way God made me was good. When I was touched by evil, that which God made as good became the cause of my unrest.

It’s rather easier to believe that someone is simply born “gay,” or somehow assigned the wrong gender at birth, but there is more to this story. In the Netherlands, a country with a long history of LGBT acceptance and tolerance, the levels of mental illness in “gay” men remain higher than among heterosexuals. In Sweden, even those in a same-sex marriage still experience higher rates of suicide than those in an opposite-sex marriage. And 46% of trans women attempt suicide. The rates of those who have not revealed their transgender identity remain largely unchanged. Adults and children with same-sex attraction and gender dysphoria need love, but they also need the truth. And they need our guidance.

You and your family will be in my prayers,

Joseph Sciambra is author of Swallowed by Satan: How Our Lord Jesus Christ Saved Me from Pornography, Homosexuality, and the Occult.