You are here: Home / All News / May be Wrecking Balls can be good.

After the Wrecking Ball

If the wrecking ball approach is to return evil for evil, insult for insult, then we shall have chaos. 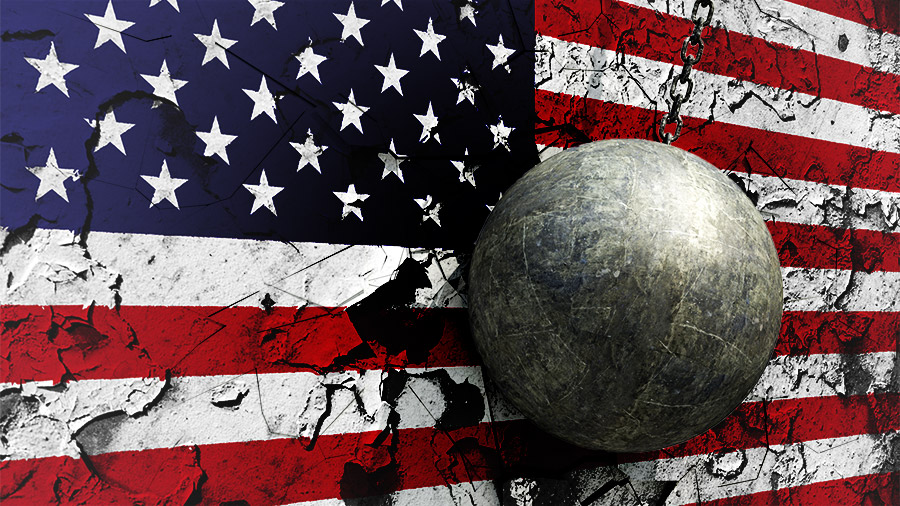 According to some polls a relatively large segment of American society believes the seemingly unhinged tweeting of President Trump is a good thing; a wrecking ball to the stifling political-correctness culture that has engulfed our national conversation. I join all those who loathe the PC culture.

The straw men and sacred cows of the attempt to redefine the meaning of reality are tiresome and ridiculous. We can’t even use common language to express our viewpoints without fear of the language police knocking at the door. I long for some honest conversation between people who share the same citizenship but different perspectives on how to make our country work.

I join all those who loathe the PC culture.

The Wrecking Ball of Chaos

But the wrecking ball? It is a useful tool if you know what you want to build in place of what is being wrecked. I wonder about the situation if the wrecking ball that tears down the structure is also the tool of replacing it. When we are talking about buildings we see the benefit of the quick demolition. Another building crew comes in to build something better and more useful. My concern when talking about government and communication structures is that it will be the same crew charged with rebuilding that did the demolition. If the wrecking ball approach is to return evil for evil, insult for insult, then we shall have chaos. That is not the way to build.

In addition, chaos begs for a deliverer and is not very discriminating about his or her character. It is fertile soil for a tyrant to arise, offering the solution while demanding control. To escape the pain of chaos, people will even tolerate the loss of liberty.

If the wrecking ball approach is to return evil for evil, insult for insult, then we shall have chaos.

The same God who created all things delegated authority to various jurisdictions to prevent both chaos and tyranny. As we look at his creation we see order and partnership. If in our attempts to correct the chaos of political correctness we facilitate the chaos of hateful partisanship, we are building toward civil war rather than a healthy union.

We have heard that a vanquished but unconvinced enemy is an enemy still, and we must take heed. The inspired Scriptures humanly penned by Saint Paul give some fantastic instructions about leadership and building people.

And the Lord’s servant must not be quarrelsome but kind to everyone, able to teach, patiently enduring evil, correcting his opponents with gentleness. God may perhaps grant them repentance leading to a knowledge of the truth, and they may escape from the snare of the devil, after being captured by him to do his will. (2 Timothy 2:24-26)

I am aware that Paul was addressing a church leader. I am also aware that God sees civil leaders as his servants as well. (Romans 13:1-2) If it works for leading people in church, it is right for the nation. Respect for the dignity of even those who disagree is vital. Demonizing the Left or Right is the easiest course, but fatal. None of us has everything right, but our perspective is not to be ignored, and we allow that what is good for the goose, is good for the gander.

Let’s pray that the spirit of wisdom and discernment will be given to those charged with leading us in this critical time.

I do not applaud the bitter back and forth childishness of blame, accusations, smears and disrespect that characterizes the White House, the Congress, the press and the faceless tweeters. I will not acquiesce to justify such childishness as a necessary wrecking ball.

Our God is sovereign and has often used the wicked to finally accomplish his purposes, but it came with much pain for the people involved. He may in fact use a wrecking ball to demolish a wall that has divided the people of the USA. But he is not trying to destroy the people he loves. He offers a way that builds according to his order. Earlier statesmen understood and sought to build his way. Let’s pray that the spirit of wisdom and discernment will be given to those charged with leading us in this critical time.

Let’s pray that God’s wisdom will be desired and requested.