You are here: Home / All News / Maybe people need to hear, again, what Communism is ‘really’ like!

Your cool Che Guevara t-shirt can’t soak up the blood of 100 million. 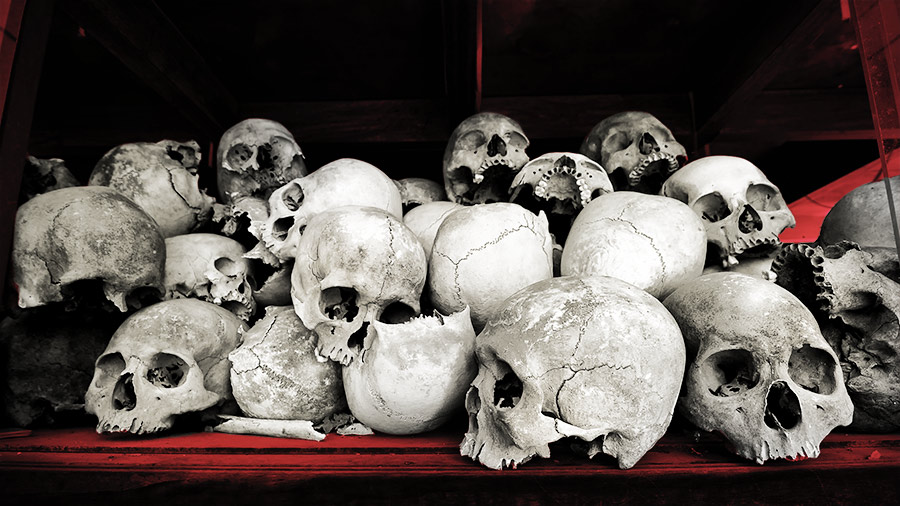 The young man in the suit crawled through the small window in the back of the cabin in a way that would send him face forward onto the dirt outside. He couldn’t be seen talking to the likes of us. We held his legs as he crawled out so he wouldn’t fall.

It was the summer of 1978, July I think, in a campground outside Moscow. I was part of a student group touring the then-Soviet Union. On the low-cost tour, we stayed mostly in the campgrounds and hotels Soviet citizens stayed in. Most people kept their distance. Those who did talk had only praise for their nation and hostility for ours.

He Wanted to Talk About Western Music

One of our group was a young Canadian woman, very tall and strikingly pretty, who attracted attention. We learned to let her introduce us, because the Russians liked Canadians a great deal more than they liked Americans.

The man who slipped into our cabin that night was a violinist, apparently very good, good enough to have been brought to the capital to perform. Only a couple years older than us, he wanted to talk about western music, but none of us knew anything about it at the level he wanted to know. He longed for freedom, but not in the abstract. He chafed under a musical establishment that produced what the bureaucrats wanted and hated innovation, and kept musicians like him from knowing anything about the musical world outside the Soviet Union.

The poor man desperately wanted the freedom to pursue his art and his craft. He couldn’t leave the country, even to go to communist eastern Europe, because he wasn’t married. He didn’t have a family the state could hold hostage to keep him from defecting. Sneaking talks with westerners was the closest he could get to the musical freedom he craved.

Our InTourist guide reported on us every evening, and two security agents followed our group. They looked exactly as you’d expect: Big round-faced unhappy looking men in black suits. Our guide told us to pretend we didn’t see them and we tried, but they knew that we knew who they were. For all we and our guest knew that night, they were watching our cabin. If they had been, the young man would — not could, but would — have been sent to a prison camp.

Recently a Harvard student named Laura M. Nicolae criticized the campus culture for sanitizing and romanticizing communism. Writing in the student newspaper The Crimson, she told the story of her father’s escape from communist Romania and the horrors of life there. She reminded her readers that communist regimes murdered 100 million people.

“My father ran from a government that beat, tortured, and brainwashed its citizens,” she wrote. “His childhood friend disappeared after scrawling an insult about the dictator on the school bathroom wall. His neighbors starved to death from food rations designed to combat ‘obesity.’ As the population dwindled, women were sent to the hospital every month to make sure they were getting pregnant.”

Yet at Harvard, “Depictions of communism on campus paint the ideology as revolutionary or idealistic, overlooking its authoritarian violence. … For many students, casually endorsing communism is a cool, edgy way to gripe about the world.” She noted the popular Ché Guevara t-shirt and jokey remarks about being a communist, and the desire of the new “Leftist Club” to rehabilitate Lenin.

The American Conservative writer Rod Dreher reported Nicolae’s article and included a long and horrifying excerpt from an interview with the Orthodox priest George Calciu. The Romanian communist state hurt him unspeakably. Read it for more of the history Nicolae described through her father’s life. Rod, clearly angry, titled his article, “This Was Communism, You Fools.”

The elite American university is a peculiar environment and students elsewhere don’t seem to be so foolish. But still, too many people do not know what communism was and what it did. They don’t know what it will do in places like Venezuela. The ignorance is worse among the young, who did not live through the Cold War, but not that much worse.

A YouGov poll conducted in early October for the Victims of Communism Memorial Foundation found that most Americans underestimate the number of people communist regimes killed. Only 39% of baby boomers and 53% of “matures,” people who did live through the Cold War, knew the answer. Only about 1 in 5 of those younger did. 21% of all Americans think communism has never been a problem. A majority can’t easily distinguish communism, socialism and fascism.

That young violinist risked his freedom and perhaps his life just to talk about music. I felt bad, felt helpless, as we disappointed him. We weren’t musicians of the ability he wanted to talk to. If I remember right, he didn’t want to talk about American politics and culture the way some other Russians I met in secret had.

That is the communism so many Americans don’t understand and too many romanticize.

I remember our guest sitting on a bottom bunk looking down, talking, with his hands clasped between his knees. A friend and I stood guarding the door, not that it would have done any good had the security agents wanted to come in. And I remember holding his legs as we helped him out the back window, knowing that he could get caught and we would never know. I pray he escaped and today is free.

For more on Americans’ ignorance of communism, see his Finding Evil at the Thrift Store.