You are here: Home / All News / Our media will not call it persecution against Christians in Nigeria.

Christians in Nigeria – especially Christian farmers – continue to lose confidence in the government’s capacity to confront the issue of terrorism at the hands of Fulani militants.

“[It’s] a train of acts of terrorism which span back to 2001 where the death toll in these cases of agrarian Christian farmers is in the tens of thousands – maybe as high as 50,000 – since [then]. It’s not being covered,” he emphasizes.

ICC reports that over the past month, 133 people have been murdered by the Fulani and 76 churches have been destroyed in the West African nation.

According to Augustine, the massive killing isn’t getting a lot of attention because it’s being blamed on old tribal animosities over land between cattle herders and farmers. Yet the facts, he argues, show it’s mainly Christians being killed – not Muslims.

“There’s not parity there,” he adds, “but it’s explained through this convenient description of ethnic and tribal conflict, which is an easy way to dismiss the religious and persecution issues that are involved.”

Christians in Nigeria have long called for the government to step in to curb the slaughter. Augustine says these “incessant attacks must not continue unabated.”

Does the future of political conservatism rest with the GOP, an existing third party, or a new major political party? 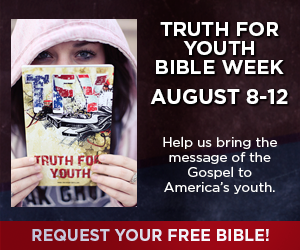