You are here: Home / All News / Michelle Wolf’s potty mouth! 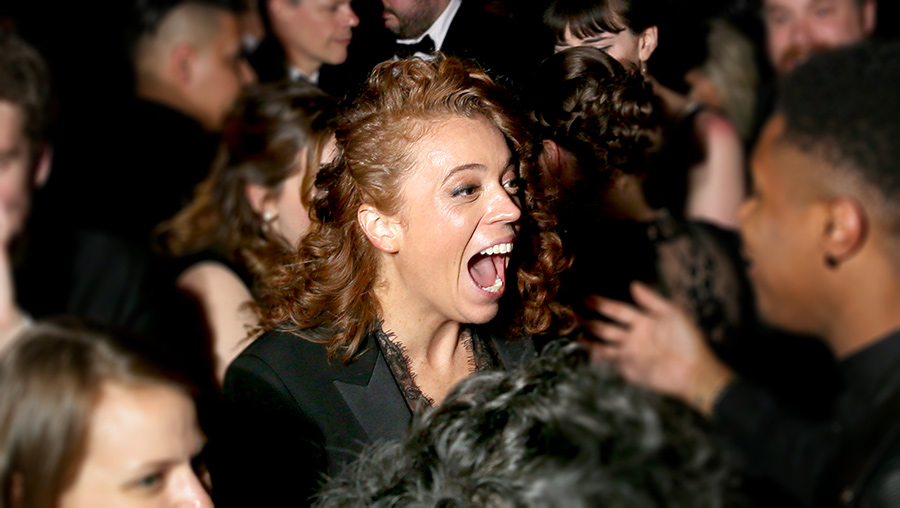 Tasos Katopodis/Getty Images for Netflix
By Tom Gilson Published on May 2, 2018 • 10 Comments

There’s one more thing that still needs saying about Michelle Wolf at the White House Correspondents’ Dinner. She wasn’t just biased and insulting, she was potty-mouthed to boot.

This was at a White House-related meeting, a place where decorum and dignity should be the rule. Foul language doesn’t belong there. But Wolf brought it in. She was bleeped repeatedly in re-broadcasts. One stretch had so many bleeps it sounded like Morse Code.

But that wasn’t the worst of it. My impression — and I could be off slightly, but I don’t want to subject myself to the experience again to check it — my impression is that every joke she delivered was sexually charged, or (not to put to fine a point on it) just plain smutty. So even if she hadn’t been so outrageously pushy and partisan — even if she’d bullied both parties equally, which of course she didn’t — the language itself she used there would still have been wrong.

I understand she’s a comedian. I understand there’s a lot of smut in the world she works in. Years ago our neighbors invited my wife and me to a comedy club in Irvine, California. They knew our values, so they checked it out to make sure the act would be clean. Comedy shows are all too rarely okay that way, so you really do have to check first. Sure enough, the main act, the one we went there to hear, was both funny and family-friendly. But the warm-up act? The guy drove us right out of the room.

Too Obvious To Count as Creativity

That’s comedy, or so some people think. Wolf says she didn’t want to “betray” her “brand of comedy.” As if there was enough honor in it for words like “betray” to belong to it. There isn’t.

There isn’t enough honor there in the first place, because there’s hardly any art to it. It’s too easy. Comedy lives on double meanings, and no other topic has more double-meaning words — euphemisms — associated with it than sex.  Sexual double entendres are just way too available as a result. There’s no real originality to it. Anyone could come up with material like Wolf used; in fact, with a dirty enough mind, you could find double entendres of exactly the same low quality all day long in everyday conversation. Repeat them with a wink and a nod, and suddenly you’re a comedian.

Granted, it takes a real performer to tell these non-jokes really well, and I’ll admit Wolf’s act was decent enough in that sense. Not in any other sense, of course. But isn’t that what makes it (for some) comedy — the mix of art and indecency? For comedy is about contrast and surprise. Wolf produced that effect by delivering barely literate, yet completely shocking words on the one hand, with an air of nonchalant superiority on the other. That’s contrast for you. But the audience at a show like hers doesn’t laugh at the material. They laugh because, “I can’t believe she just said that. In public. And without even looking embarrassed.”

Wolf should have looked embarrassed.

Wolf should have looked embarrassed. Smut like that doesn’t belong anywhere near our political discourse. It’s wrong. Does it fit anywhere? Not in my book. Not according to God’s word, either. Ephesians 4:29 tells us not to use corrupting talk, but words that uplift and give grace to those who hear. You don’t have to be a believer to recognize the wisdom of those words.

I know, not everyone agrees. But look, if you’ve got to do this kind of comedy, do it someplace else. Do it where people don’t care about corrupting words, about public propriety, about excellence in art, about building people up people or giving them grace.

I’m not being prudish here, for sex as God intended it is a whole lot of fun, too. It’s the way two people come together in the closest loving intimacy, the kind of connection that can only be fully realized in the high-commitment, high-trust relationship of marriage. It’s a connection that belongs to the couple and the couple alone. To discuss it in public is invasive on that relationship. To make dirty jokes about it cheapens it.

Some might say it was already so bad, it couldn’t get any worse. Wolf proved them wrong.

And yes, it did paint a distasteful smudge on American politics and journalism. Some might say it was already so bad, it couldn’t get any worse. Wolf proved them wrong.

She has since said she’s proud of what she said that night, that she was being true to her art: She “didn’t want to betray my brand of comedy.” How noble of her. Look what she betrayed instead, though; for her brand of comedy is itself a betrayal of real comedy. It betrays the God-intended goodness of sex. It betrays the human call to do lift up one another in what’s good and right and true. In this setting she also betrayed the decorum and the proper ethical sensibilities of our country’s top leaders and journalists.

She may have stayed true to her self-centered self, but she had to dishonor true art, true ethics, and our country’s own dignity to do it.

There’s no place for a potty-mouth anywhere, but least of all at a White House-related event. She really should have looked embarrassed just thinking about what she was planning to say. Then she should have quietly excused herself, knowing it was the wrong thing to say, and it was especially the wrong place to say it.