You are here: Home / All News / More Muslims means more possiblities of terror in in the United States.

Is Terror Just Another Inconvenience of London Life? We Must Go Back to 1290 AD for the Answer 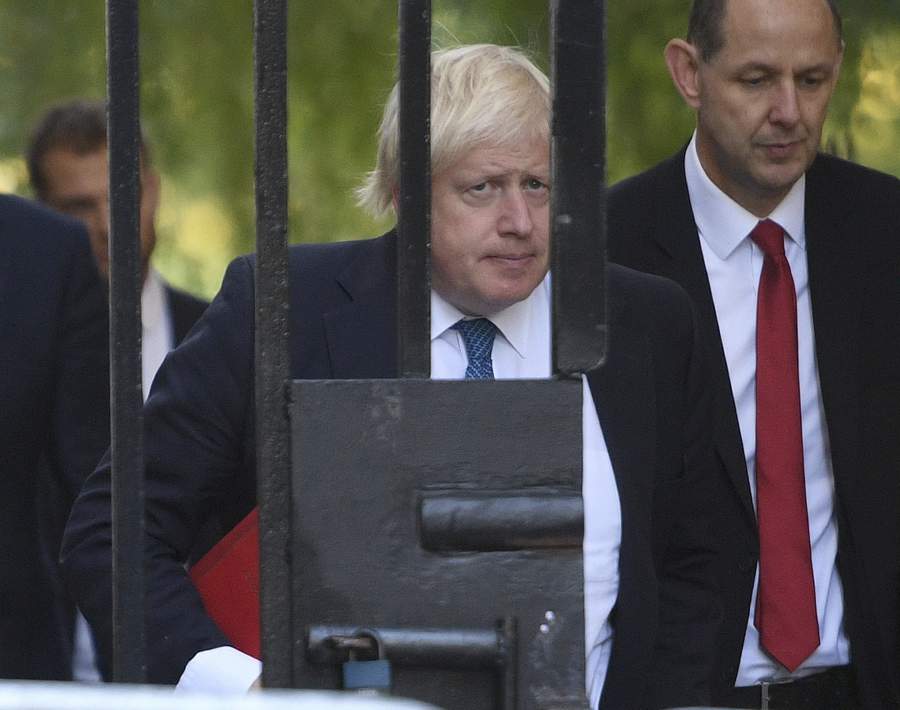 Here’s what the London Metropolitan Police said about terrorism in London:

Crowded places, events, public transport, and iconic locations are some examples of locations that could be potential targets for terrorists. All of these are to be found in London.

I’m certain authorities in London do an excellent job in shutting down terror plots. But the city is chock full of potential terrorists. Police are focusing on the potential targets of terror more than the potential perpetrators. And they do this because the Zeitgeist does not allow one worldview to be elevated over another. (Except the worldview that all worldviews are essentially equal.)

In America, we have our problems. We have Antifa battle actual neo-Nazis, and someone dies. We also have cities like New York, that offer some of the most attractive potential targets in the world. But we don’t have over 1.5 million foreign-born Muslims living in a concentrated area. The Daily Mail reported last year new that parts of London have nearly 50 percent Muslim population. New York City has somewhere in the neighborhood of 770,000 Muslims living in the metro area. That’s about about 3.8 percent of the total according to the website NYCreligion. Contrast this with the 14 percent concentration of Jews in New York: Over 1.5 million.

Having a high concentration of Jews in a city for many centuries doesn’t result in changing that city’s way of life to incorporate terror events. It would follow that if New York’s Muslim population doubled in a short time with a huge influx of immigrants, we’d see the same kinds of attacks on the New York subway with regularity. (The two cities are close in size and population.)

Why does London have to deal with terror as an inconvenience of city life? (Not to mention Manchester and other English cities.) Why is New York City so much more effective at shutting that down?

When England Purged Jews For No Reason

In that year, King Edward I signed the “Edict of Expulsion,” removing all Jews from England. From the year 1144, Jews suffered accusations of ritual murders — blood libels that still survive to this day. For 366 years, Jews were banned from England.

There is a pool of people willing to be radicalized, steeped in traditions that lend themselves to violence. It’s not racist to recognize they must be treated with the utmost care.

Today, while not officially banished, Jews are leaving England. They’ve been peppered by anti-Semitism and anti-Israel sentiments, even among high government officials.

But Muslims and refugees are welcomed. The result has been an increase in terror, even bold daylight attacks and beheadings of soldiers in the street. The English can’t blame access to guns, since they have none. (Yet Americans have access to guns with far less “homegrown” terror.)

Here’s my question for the British. From 1290 until 1656, you were willing to purge your country of Jews because of unfounded and entirely made-up accusations which today not a single civilized person believes to be true. Why can’t you recognize that very real and deadly events follow from another group you’ve welcomed in?

Terror: An Inconvenience to Live With?

There is a pool of people willing and ready to be radicalized, socially insulated and bound to their own community. They are steeped in traditions and religious beliefs that lend themselves to violence all over the world. It’s not racist to recognize they must be treated with the utmost care. Yet the British stubbornly refuse to see this lest they paint one person unfairly with a tainted brush.

Terror will remain one of those inconveniences of London, and English, life, along with most of continental Europe, until this one fact is addressed. But the governments of western Europe are pluralistic democracies. The very people who should be treated with care get to elect themselves to high office. So it may never be addressed at all. That’s more than inconvenient if you’re unfortunate enough to be one of the victims.