You are here: Home / All News / We need to know what, Boko, a child of the Devil is up to.

It was the deadliest attack in months. 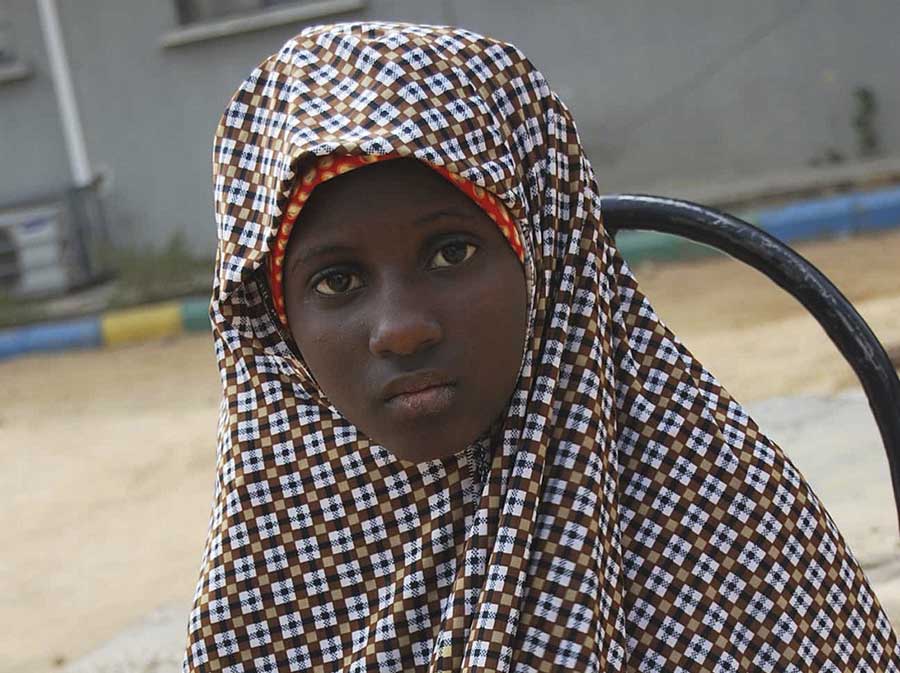 FILE – This Dec. 24, 2014 file photo, shows Zahra’u Babangida, a 13 year-old girl arrested with explosives strapped to her body in Kano Nigeria. Radical Islamic militants from Boko Haram are increasingly forcing children to carry out bombings. Authorities said on Wednesday, July 12, 2017 that a teenage female suicide bomber carried out one of the many recent Boko Haram attacks Maiduguri, Nigeria.

MAIDUGURI, Nigeria (AP) — Four Boko Haram suicide bombers killed 19 people in a series of attacks that targeted a civilian self-defense force and the people who gathered to mourn their deaths, police in Nigeria said Wednesday. It was the deadliest attack in months in the northeastern city of Maiduguri, the birthplace of Boko Haram’s eight-year insurgency.

At least one of the suicide bombers was female, said a spokesman for the self-defense force, Danbatta Bello. The bombers specifically targeted his colleagues while they were on duty, he said.

“A teenage female suicide bomber actually crept to the sandbag post of our boys at Molai and before they could realize what was happening she detonated herself and killed three of our boys,” Bello said.

“That happened simultaneously with the one that occurred at the tea vendor’s, where seven of our members who took their time off to eat their dinner were killed,” he said.

Boko Haram has increasingly used girls and young women to carry out attacks on marketplaces, checkpoints and other targets. Some young women who escaped extremist group have said girls are drugged and forced to carry out suicide missions.

An Associated Press reporter at the scene saw mourning residents preparing the bodies of the victims for burial.

Nigeria’s government late last year declared that Boko Haram had been “crushed” but deadly attacks continue. The Islamic extremist group’s insurgency has killed more than 20,000 people, abducted thousands of others and spilled over into neighboring countries.

Northeastern Nigeria is part of what the United Nations has called the world’s largest humanitarian crisis in more than 70 years, with the World Food Program estimating that more than 4.5 million people in the region need emergency food assistance.

Copyright 2017 Associated Press. All rights reserved. This material may not be published, broadcast, rewritten or redistributed.