You are here: Home / All News / Obama’s goal, is to destroy the nation!

One traditional values organization suggests that people should not depend on United States Congress or the courts to fight off the transgender agenda.

President Barack Obama is pushing the transgender movement in his final months before leaving office. Evidence of this is shown by the administration’s appeal of a ruling by a Texas federal judge who halted the federal edict that schools allow boys into girls’ facilities.

“If somebody had suggested that this would have been happening even 10 years ago, they would have thought that we had lost our minds to even suggest it – that is, as we know how ridiculous and bizarre this is on the scale of history,” Carmenker insisted.

Transgenders, along with their homosexual activist allies, will keep pushing their LGBT agenda forward, but Camenker contends that America cannot depend on the courts to remedy the problem.

“Every now and then, there’s going to be an honest federal judge that stops this, but we’re running out of honest federal judges,” Camenker asserted. “You know, another problem is that the other side has populated the federal judiciary with a lot of radical activists over the last eight years.”

This trend could continue – depending on the outcome of the November election and who voters place in the White House.

Camenker also noted that while conservatives talk about privacy and safety, another side of the story needs to be at the center of the debate. This rarely touched-upon topic revolves around the dangers of the transgender lifestyle and the fact that it is a psychological disorder called gender dysphoria – a side of the debate that the White House wants America to accept as a perfectly normal condition.

Share to FacebookFacebook5Share to TwitterTwitterShare to EmailEmailShare to MoreMore3

Why is the secular world fearful of Christianity? 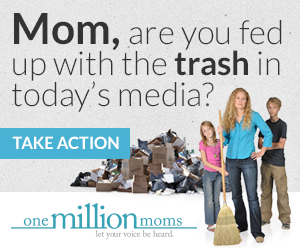