You are here: Home / All News / One vote made the difference for the funding given to Planned Parenthood.

Why Did GOP Leadership in Congress Cave to the Left on Planned Parenthood Funding? 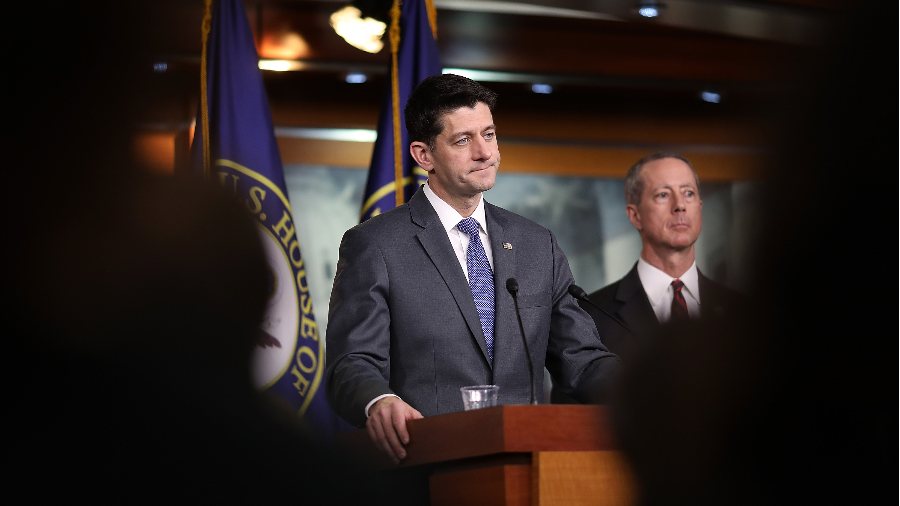 In its annual report for fiscal year 2017, Planned Parenthood performed 321,384 abortions. That’s about one-third of all abortions performed annually in the U.S. And it’s in vivid contrast to 3,889 adoption referrals.

Planned Parenthood is infamous for marketing the body parts of unborn infants like cuts of meat at a butcher shop. It’s also rich. As of last June, it had more than $1.9 billion in assets.

But Planned Parenthood just received roughly $500 million in federal funding. The money was included in the big spending bill signed by President Trump.

A spending measure that eliminated funding for Planned Parenthood passed the House but failed in the Senate by one vote. So, congressional leaders decided to pass a compromise bill to fund the federal government. Compromise, in that Republicans gave in.

A Mixed Bag, With One Really Bad Thing

There are some things in the bill that are admirable. Not least is funding for the military. Total defense spending is about $700 billion, a $60 increase over the last fiscal year and the largest single increase in 15 years. This includes a 2.4 percent raise in pay for the troops.

Most conservatives would applaud this spending, although with the caveat that the Defense Department wastes a good amount of money (in part because politicians’ cram its budget with special projects).

Yet the bill adds hundreds of billions of dollars to our national debt and funds all kinds of silly things. Should we really be spending $43 million on a “clean” technology gas project in — of all places — Afghanistan?

Whatever the other demerits of the bill, its principle crime is its inclusion, yet again, of funding one of the most gruesome organizations in the history of the United States.

To their credit, almost half of the Republicans in the Senate voted against the omnibus bill, 23 to be exact. On the House side, 90 Republicans voted no.

This shows there are men and women who took their election promises seriously enough to try to fulfill them.

But why did the Republican leadership cave-in to Chuck Schumer and Nancy Pelosi? And, thereby, to the advocates of abortion-on-demand, through the ninth month of pregnancy?

One reason is a feeling that funding defense surmounts all other things. This ignores the practical fact that all but the most hard-Left Democrats don’t want to be accused of opposing a raise for the men and women in uniform. Had the GOP held tight, the united resistance of the Democrats would have begun to crumble.

Also, many Republicans are terrified of having the media hang “government shutdown” around their necks. Those who have been around for a while remember previous “shutdowns” and how they have been blamed for them.

On substance, this is silly. The government’s most critical services don’t shut down and those parts of it without immediate funding start right back up again once the federal spigot turns back on.

This is where moral courage comes in. Such courage involves a willingness to lose, not for the sake of making oneself feel righteous but because of right itself. Some things are worth losing for, whatever the political cost.

Reelection for its own sake, for the retention of power, the intoxication of office, or the validation of one’s value, is a waste.

Office should be held by the good for the sake of good. If it is lost because the good is unpopular, does not the knowledge of right-acting serve as a better reward than a title or the fake fawning of sycophants?

There is one more reason why the GOP went forward with this depressing concession to the forces of death.

It’s about the chronic practice of overselling. “Elect us and we’ll get rid of money for Planned Parenthood!” This promise, and many others, are made because so many conservatives, good-hearted and morally burdened, want so to believe that just one more election and — this time, at last! — we’ll really get it done.

And then there is failure and, with it, a deepening cynicism in the hearts of the people.

The Republican congressional leadership should have drawn a line in the sand and then poured molten steel into it. No money for Planned Parenthood.

Some of this overpromising is due to political ignorance. Many people come to Washington with little or no experience in federal governance. President Trump said airily and repeatedly, during his campaign, that on his first day he would do a number of big things, seemingly unaware of how Congress works and the limitations on executive power. A lack of awareness he shared with millions of naïve voters.

Freshly-minted Members of the House and Senate sometimes do the same thing, seeming to think that their arrival on Capitol Hill will herald a new era in American public life. Their awakenings to the severe limitations on what they can and can’t do can be more than rude; they can be crushing.

The Urgency of False Promises

But more seasoned politicians and the advocacy groups who support them know better, yet they continue to send messages something like this: “We are close to breaking the hold of the liberal elites on the America we love. We need your support — now — to enable us to defeat Nancy Pelosi and the forces of the Left. If you give today, we will have the resources we need to fight your battles on Capitol Hill. Don’t wait. There’s never been a more important time to pray. Vote. And give.”

Letters with messages like this flow like Niagara out of think-tanks, party headquarters, advocacy groups, and so forth. Trusting and patriotic people often respond to them.

Yes, sometimes there are real victories. But the exaggerated, breathless, urgent tone of fundraising letters and politicians’ pleas are quite deliberate. Urgency, fear, and hope bring in dollars.

Conservatives can and should do better. There’s nothing wrong with communicating information and explaining why financial support is needed. That’s not the same, though, as raising hopes falsely. Again and again and again.

The Republican congressional leadership should have drawn a line in the sand and then poured molten steel into it. No money for Planned Parenthood. Let the Democrats explain why this vanguard of cruelty, flush with case, needs federal aid.

Republican leaders need to consider the truth of something Abraham Lincoln wrote so many years ago:

“I desire so to conduct the affairs of this administration that if at the end … I have lost every other friend on earth, I shall at least have one friend left, and that friend shall be down inside of me.”

As many Republican Members of Congress look in the mirror before bed tonight, will that one friend still be there?