You are here: Home / All News / Part Two, Sexual Orientation Is Fixed…

Sexual Orientation Is Fixed, But Gender’s Completely Fluid. And 2 + 2 = 5. 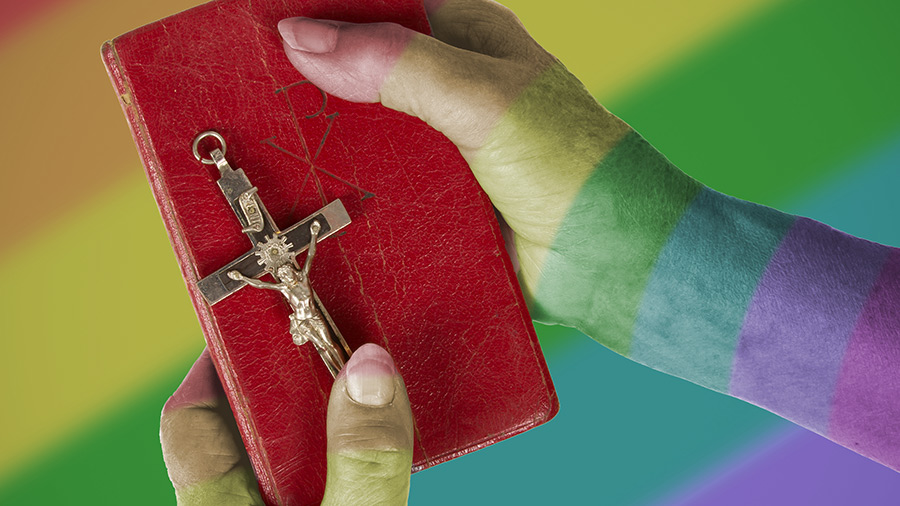 As I wrote in Part One of this series, the theory that gays are “born this way” is not the fruit of science. It’s a political orthodoxy enforced by media, pressure groups, and increasingly the government. It stands in stark and strange contrast to what those same groups want us to think about being male and female. We’re not born that way. “Gender” is fluid and shifting, but “sexual orientation” is fixed.

According to The Human Rights Campaign:

Children are not born knowing what it means to be a boy or a girl; they learn it from their parents, older children and others around them. This learning process begins early. As soon as the doctor announces — based on observing the newborn’s external sex organs — “it’s a boy” or “it’s a girl,” the world around a child begins to teach these lessons.

Sex Is Fluid, Desire Is Fixed

But on homosexuality, we’re ordered to believe that the opposite is true. One is born with homosexual preferences. Sexual orientation is not determined by family or social pressures. But gender is. According to transgender theories, for some people “their own internal gender identity does not match the sex they were assigned at birth.”

Are you writing all this down? It will be on the test.

So if current “science” is right … Let’s see what that would mean. I know I was born a man. Activists tell me that I was “born gay.” What if I’m dissatisfied with that? You know, as transgender people are unhappy with their assigned gender? Am I allowed to try to change it? No, they say. Sexual orientation, unlike gender, “is predetermined and unchangeable.” Any therapy aimed at altering it is unethical and should be illegal.

In fact, the science on sexual cravings is murky. Dr. Simon LeVay, a neurobiologist at both Harvard Medical School and the Salk Institute, has spent much of his career trying to locate a gay genetic determinate for homosexuality. He once wrote:

A person’s sexual orientation is not necessarily a fixed, lifelong attribute. Sexual orientation can change: for example, a woman may be predominantly attracted to men for many years, and perhaps have a happy marriage and children during that time, and then become increasingly aware of same-sex attraction in her thirties, forties, or later. This does not mean that she was concealing or repressing her homosexuality during that earlier period. To argue that she was “really” homosexual all the time would be to change the definition of sexual orientation into something murky and inaccessible.

Change the Body, Not the Soul

So the culture praises people as heroes for surgically altering their bodies to match the “gender” they want to be. (Here they’re absorbing biological sex into the protean word “gender.”) But to try to change my sexual feelings, they insist, is unspeakable and taboo. Any therapist who’d help me with it is a quack. Sex change operations are fine. But talk therapy aimed at altering sexual cravings is “dangerous.” It’s “barbaric” and “cruel.” If I try it I’m labeled “desperate.” By all those oh-so-compassionate progressives.

In the TLC reality program, I Am Jazz, the cameras followed a transgender teenager to discuss, with a kindly looking and smiling physician, the possibility of sex reassignment surgery. This good and caring doctor also monitors Jazz’s ongoing hormone therapy. Such doctors are described as “compassionate” and committed to their work and patients.

In contrast, the doctor who helped me with the reparative therapy I urgently asked for, Joseph Nicolosi, was labeled a bigot and a charlatan. He tried to help those of us, even if we didn’t believe that homosexuality was an inborn trait, who somehow were assigned the wrong sexual orientation. He didn’t prescribe hormones or suggest any type of surgery. No, he listened to our stories and suggested another way of perceiving ourselves and the world.

In Part 3, I will unfold what I learned from reparative therapy, and the role it played in my return to faith in Jesus Christ.

Joseph Sciambra is author of Swallowed by Satan: How Our Lord Jesus Christ Saved Me from Pornography, Homosexuality, and the Occult.