You are here: Home / All News / President Trump Puts the Nation on Wartime Footing 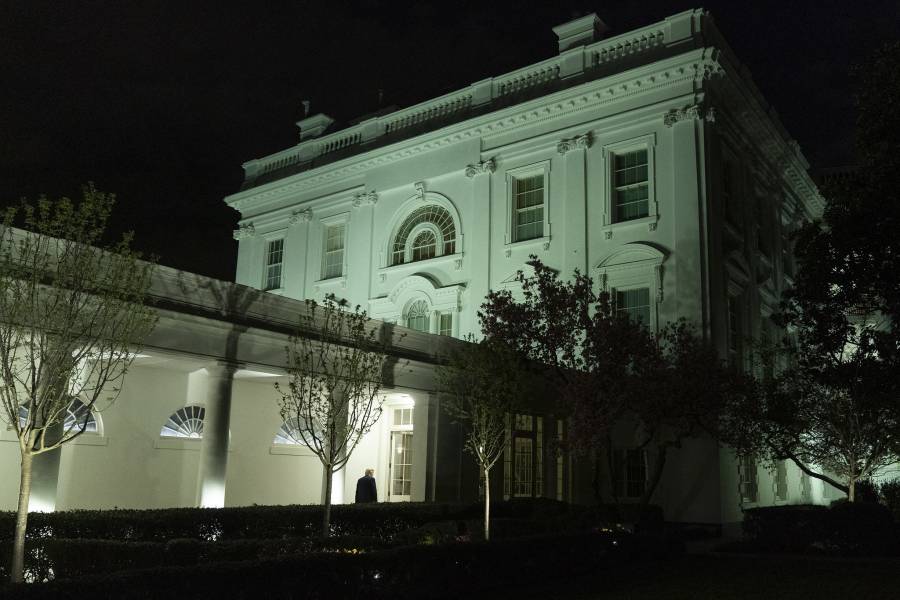 By Mike Huckabee Published on March 12, 2020  The COVID-19 coronavirus has been shaping the news for weeks, but yesterday, it ramped up to a whole new level.

First, the World Health Organization officially declared it a pandemic, meaning a new disease that’s spread worldwide. They say it’s not a term they use lightly because they don’t want to spark unnecessary panic. But COVID-19 now qualifies because as of Wednesday, over 124,000 people in 108 countries have been sickened by it. Of those, at least 4,575 have died, but most were in China, and concentrated among the elderly with other health problems and weakened immune systems.

Next, a couple famous and widely liked across the political spectrum, Tom Hanks and his wife, Rita Wilson, announced they’d tested positive for it, putting the first well-known face on the disease…

The local closures of large gatherings suddenly went nationwide, with the announcement that the rest of the NBA season is being suspended after Utah Jazz center Rudy Gobert tested positive. March Madness college basketball games are still on, but they’ll be played without spectators.

And finally came the real game-changer: Wednesday night, President Trump addressed the nation and effectively put the US on the equivalent of wartime footing against the COVID-19 coronavirus.

Here’s the entire speech, if you missed it. It’s less than ten minutes long.

The Steps Trump is Taking

In an unusually somber and measured tone, Trump outlined a series of major steps his Administration is taking to contain the spread of the disease and to soften the economic blow caused by it.

The biggest news is that Trump is suspending all travel between the US and Europe for 30 days, starting on Friday. Acting Homeland Security deputy director Ken Cuccinelli later clarified that “This does not apply to American citizens or legal permanent residents or their families.” The Defense Department also announced travel restrictions on military members for the next 60 days.

Trump also announced a series of measures designed to help workers and small businesses weather closures and quarantines. He tried to reassure Americans that swift action is being taken on a number of fronts to contain the virus and minimize its impact. Also, that this is a serious emergency, but the nation and economy are safe and sound, and it will pass. He also called for everyone to put aside partisanship and work together for the good of the nation and all its people.

Unfortunately, his political opponents are already suffering from a disease called Trump Derangement Syndrome that makes them pathologically incapable of putting the good of the nation over politics. No sooner had Trump finished speaking than his enemies rushed to the airwaves and Internet, doing their best to stoke fear, panic and divisiveness.

They blamed him for the anticipated big drop in the stock market today, which is an inevitable result of having to shut down travel. They accused him of incompetence, despite the fact that if we’d listened to them when they accused him of racism and overreacting by shutting down travel from China, we might already be overrun with cases of by now.

Hilariously, some even accused him of racism for suspending travel to Europe (he must really hate the Dutch.)

Come to think of it, have any of Trump’s hecklers like Adam Schiff and Chuck Schumer, who do nothing but point fingers of blame at Trump, ever been correct even once about anything related to this disease? One of the luxuries of not having the weighty responsibilities of the President, and not being held to account for your words by the media, is that you can spew dumb ideas that would have killed people if anyone had paid any attention to them. Then as soon as your arrogant foolishness becomes apparent, simply cruise right on to spewing your next dumb comment.

At least I can honestly say that there is one thing in the world right now that’s even more sickening than the COVID-19 coronavirus, and that’s watching the Trump haters’ immature, self-serving, reprehensible reaction to it.

If you’re already sick of hearing Trump’s critics trash his efforts to try to stop the coronavirus, here are a few alternate takes. First, a much more positive assessment of Trump’s TV address from Michael Goodwin at the New York Post.

Nan Hayworth, a physician and former Congress member, lists some of the ways in which Trump’s critics reflexively attacked him over his coronavirus actions or statements and that were later revealed to be flat wrong or based on fake news.

Finally, here’s a comparison of how the media covered the swine flu pandemic under Obama (or didn’t) and the hysterical coverage they’re giving to this pandemic, which just coincidentally falls during an election year under Trump.

If Only We Had Socialized Medicine. Yeah, Right.

Among the many silly, self-serving things being said about the coronavirus pandemic by the left is that if only we had socialized medicine, this would’ve been prevented/handled so much better. Yes, in places with socialized medicine, everything is so efficient, and care is so abundant and high quality, and there’s no such things as shortages, rationing or waiting lists for care! Also, they have special medicines that they get by milking unicorns.

Still hasn’t occurred to them that they’re accusing the government of moving too slowly and being unprepared and putting politics over health concerns, while simultaneously claiming it would have been so much better if the government were entirely in charge of all health care.

Sure, China has socialized medicine, and something like the coronavirus could never happen there!

At this link is a MUST-READ article by Andrea Widburg at American Thinker, detailing the truth about government-run health care and its shoddy record. There’s a quote from a post by blogger Reggie Hamm that ironically went viral. Click through and read all of that, too. It describes what happened to him and his family when they were visiting China and their adopted baby daughter needed hospital care. Brace yourself. After reading it, you will understand why the coronavirus started in China, why the mortality rate was so much higher there than in capitalist countries, and why you do not want either that type of government or that type of health care system here.

Although when you read about the disgusting and dangerous hygiene situation they encountered, it may give you the chills to think how much it reminds you of the conditions that already prevail in far-left US cities like San Francisco and L.A.

Mike Huckabee is the former governor of Arkansas and longtime conservative commentator on issues in culture and current events. A New York Times best-selling author, he hosts the weekly talk show Huckabee on TBN.