You are here: Home / All News / Rachel’s father from the Columbine shooting meets President Trump. 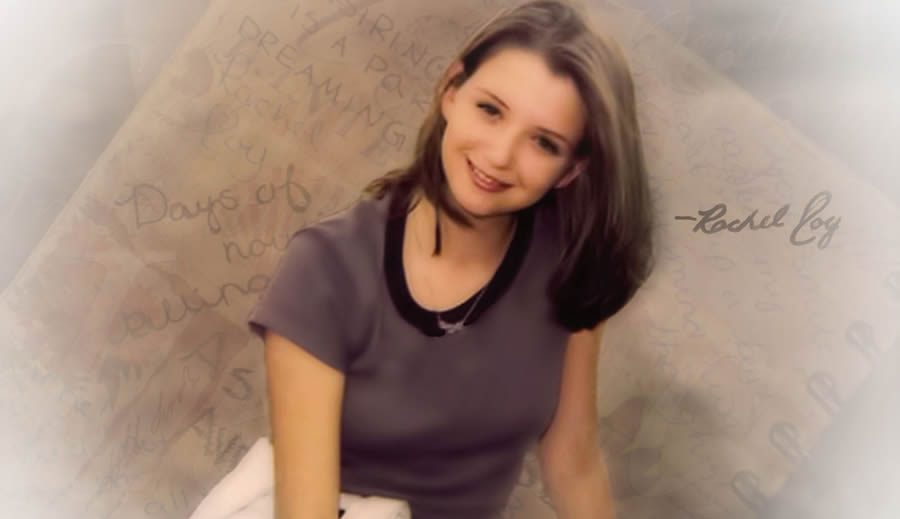 On Monday, May 28, LIFE Today will feature Darrell Scott, father of Columbine victim Rachel Scott. She was killed in the massacre on April 20, 1999. Darrell and his wife, Sandy, started Rachel’s Challenge the next year. Rachel’s Challenge is a series of programs that help “Mak[e] schools safer, more connected places where bullying and violence are replaced with kindness and respect; and where learning and teaching are awakened to their fullest.”

Darrell sat down with The Stream’s Nancy Flory to talk about Rachel’s Challenge and his recent meeting with President Trump.

“Too many people want to harvest, not enough people want to water.” Darrell Scott sat at the table, legs crossed, talking about his foundation, Rachel’s Challenge. He views it not as a ministry, but as form of “watering” the “hard ground” of the world, something the world desperately needs.

He calls the foundation a “spiritual organization.” “No one can deny that because we see miracles happen. We’ve seen autistic kids that haven’t talked for years open up and start talking. We see forgiveness take place, healing of relationships.” Scott says he knows of at least seven school shootings that didn’t take happen of Rachel’s challenge. And, he says, Rachel’s legacy prevents around 150 suicides a year.

Rachel left behind six diaries. Rachel’s Challenge is based on her writings. “She challenged her reader to start what she called a chain reaction of kindness and compassion,” says Scott. “So a lot of our program is built around very emotional, true stories” of Rachel’s.

Rachel’s Challenge program called Chain Reaction is based on Rachel’s statement. “I have this theory,” wrote Rachel, “that if one person would go out of their way to show compassion it will start a chain reaction of the same. People will never know how far a little kindness will go.”

That theory has been put to the test millions of times in the 18 years since Rachel’s death. The success of the programs caught the president’s eye after Parkland’s school shooting on Valentine’s day this year. Scott was asked to meet with President Trump in February along with family members of the shooting victims. “I went to be supportive of the Parkland parents and students who were there,” he says.

He realized that nothing had changed politically since Columbine. “[T]hey’re talking the same old chatter for twenty years — it’s been more gun control. I’ve said it over and over again, that a gun didn’t wake up one day and decide to kill my daughter. Two young men planned it for a year. … It isn’t the instrument; it’s the person behind the instrument.” Scott adds that we have to “deal with why they do it or with the heart of the person first.”

What He Told President Trump

Connectedness involves doing simple acts of kindness for others. It also means reaching out to others who are alone. Rachel wrote in her diary about a girl who sat alone at a table in the school cafeteria. Rachel sat with her. “From that story of the girl in the cafeteria, we have tens of thousands of Friends of Rachel clubs all over the world,” marveled Scott. “They never let a kid sit alone in the cafeteria — so little things can be done at school, like reaching out to people that are feeling left out.”

People don’t have to approve of others’ beliefs and behaviors to accept them, Scott was quick to point out. “You can disagree and accept someone. You can be diametrically opposed to everything someone else believes and have a friendship with them, and I’ve found that to be true. That’s the beginning of love, it’s to accept.”

A couple of gang members demonstrated Scott’s point. At the beginning of the day in a school hosting Rachel’s Challenge, they yelled obscenities at one another. By the end of the day, they were sobbing in each other’s arms. “These are tough gang members,” says Scott. “You want to talk about miracles, [that was] a miracle.”

“I’d like to give a challenge,” Scott says just before he left. “I don’t want to be offensive, [but] get rid of all the stinking religiosity and love people. … We’ve got to get out of our heads and get into our hearts. Let God’s love through us love people.”

Share to Facebook2Share to EmailShare to TwitterShare to More1