You are here: Home / All News / Really listen to what Vice President Mike Pence has to say, it is good advice. 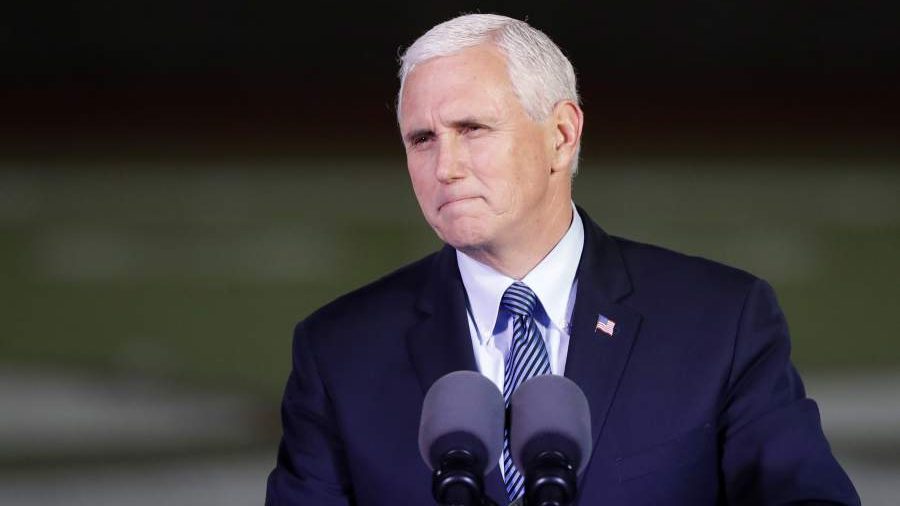 In a New York Times op-ed piece titled “A Christian Case Against the Pence Rule,” Katelyn Beaty argued that, “It’s time for men in power to believe their female peers when they say that the rule hurts more than helps.” Based on my own experience, scriptural principles, human nature, and the unanimous testimony of all my female peers, I would argue strongly that the Pence rule (or, in the past, the Billy Graham rule) is both Christian and wise.

Beaty is correct in noting that the Pence rule does not directly relate to the conduct of alleged sexual predators like Harvey Weinstein. No one is assuming that most men try to rape and abuse the women they meet.

The Pence rule arises from a broken view of the sexes: Men are lustful beasts that must be contained, while women are objects of desire that must be hidden away. Offering the Pence rule as a solution to male predation is like saying, “I can’t meet with you one on one, otherwise I might eventually assault you.” If that’s the case, we have far deeper problems around men and power than any personal conduct rule can solve.

But this is a complete misunderstanding of the Pence Rule.

Being Mindful of Appearances

First, there is the issue of appearance.

Let’s say you’re a married man in your 50s. Your executive assistant is an attractive woman in her 30s. On a regular basis, you’re doing work together over meals, sometimes over lunch and sometimes over dinner.

Do you think it might look a little suspicious to see the two of you together in restaurants day after day? Not just talking but also laughing and appearing to enjoy your time together? Do you think it would be unnatural for people to notice and wonder, “Are they getting a little too close? And isn’t he married?”

And what if you had to dismiss this woman from her job because of incompetence, embittering her towards you? If she launched an accusation against you years later, claiming you had a clandestine sexual relationship with her, many might say, “Well, they did seem a little too close. In fact, he seemed to spend more time with her than with his wife. Maybe something was going on.”

Beaty cites a situation that baffled her:

A former colleague at a Christian nonprofit threw her back out while on a business trip. Lying in pain in her hotel room, she asked her co-worker to carry her suitcase from her room. He refused to enter the room. One wonders what he thought was going to happen. In this and other cases, personal purity seems to take precedence over the command to love your neighbor.

But she’s missing the point entirely. The reason I wouldn’t go into a woman’s hotel room alone is primarily because of appearance (with awareness of the potential of a false accusation). Second, because of precedent (if I did it in this case, why not in another case?). The simple solution is that the door is open at all times and that the two people aren’t left alone in the room together. This way, the man can carry the woman’s suitcase without making anyone uncomfortable.

These days, with new scandals hitting the Internet every day, is this too much to ask? Is this really a hardship and burden?

And what about the idea of setting an example for others? Perhaps you are totally disciplined. In 100 years, you would never be unfaithful to your spouse. The fact is that plenty of others aren’t that strong. They might be emboldened by your example, thereby opening the door to their own downfall.

Christian leaders are called to be above reproach. With rampant sexual immorality everywhere to be found, both inside and outside the Church, you really can’t be too careful.

Second, there is the issue of attraction.

Males and females are naturally attracted to each other, both physically and romantically. And while men might be drawn more to outward appearances than women — or, more moved by sexual lusts — emotional attraction comes to all.

These days, we can be in almost constant communication with co-workers and employees via email and text. So there’s already a steady flow of interaction taking place. Add to that spending time alone together — working in a building late at night (which also raises the question of bad appearance), having meals together, driving in a car together — and you’re almost guaranteed to spend more time with that opposite-sex co-worker or employee than with your own spouse.

Christian leaders are called to be above reproach. With rampant sexual immorality both inside and outside the Church, you really can’t be too careful.

And what if you’re going through a rough stretch at home? What if your wife is stressed out, caring for yet another child while finances are limited. You are consumed with your job. What if you and your spouse have lost the romantic spark? But that co-worker or employee of yours find your jokes funny and your stories interesting?

To deny the possibility of emotional or romantic attraction is to deny reality. That’s why Beaty completely missed the point when she explained the Pence Rule as saying, “Men are lustful beasts that must be contained, while women are objects of desire that must be hidden away.”

Third, there is the issue of adultery.

The Bible addresses this time and time again. Not because it is a sterile rule-book designed to take away our fun. But because it is a user’s manual drafted by our Creator. And if we play with fire, we will be burned.

In years past, I watched some of my colleagues (or leaders) destroy their lives and ministries through sexual sin, and I’m aware of my own human weakness. That’s why I wholeheartedly affirm the Pence Rule. And that’s why I’ve sought to live by it for decades as well. Better safe than sorry.